The port of Bunbury is the third largest city in after and Perth the state capital. It is situated convert|175|km|mi|0 south of Perth's (CBD).

Bunbury is situated 175 kilometres south of Perth, near the mouth of the at the southern end of the Leschenault Inlet, which opens to Koombana Bay and the larger Geographe Bay which extends southwards to .

The first registered sighting of Bunbury was by French explorer Captain Louis de Freycinet from his ship the "Casuarina" in 1803. He named the area 'Port Leschenault' after the expedition's botanist, Leschenault de la Tour. The bay was named "Geographe" after another ship in the fleet.

In 1829, Dr and Lieutenant Preston explored the area of Bunbury on land. Later Lieutenant Governor Sir James Stirling visited the area and a military post was established. The area was renamed Bunbury by the Governor in recognition of Lieutenant (1812-75), who developed the very difficult inland route from Pinjarra to Bunbury. [ Reed, A.W. (1973) "Place Names of Australia", p. 48 Sydney, NSW: A.H & A.W.Reed, ISBN 0 589 07115 7]

Bunbury was also in the past an important railway terminus. The railway station was close to the centre of the city. The railway roundhouse was an important servicing centre for the steam engines of the past. The daily passenger service between Perth and Bunbury - the Australind - is the longest-running named service in Western Australian railway history. The railway line connecting Bunbury to the southern towns of Bridgetown and Manjimup was closed in 2005.

The local government administering Bunbury was declared a city in 1979. Today, the city is the major centre of the state's southwest region.

King Cottage was built around 1880 by Henry King, a bricklayer by trade. The King family owned the house until 1923, when it was sold to the Carlson family. In 1966 it was purchased by the City of Bunbury, which has leased it to the [http://www.bunburyhistorical.org/ Bunbury Historical Society] since that date.

The main rooms of the cottage are furnished to fit the period of the King family ownership, from 1880s to the 1920s. The artifacts displayed are part of the Society's collection and reflect the way of life of a Bunbury family of that period.

The local government of the City of Bunbury has a population of 32,499. Bunbury has sister-city relationships with , , and , .

Bunbury was recognised as Australia's fastest growing city in 2005/06 by the Australian Bureau of Statistics (ABS). The figures were released in the report "3218.0 Regional Population Growth, Australia", produced by the ABS on 27 February 2007.

Bunbury's climate is slightly more temperate than that of Perth. This is as much a consequence of its coastal location as of the slight difference in latitude; Fremantle, on the coast immediately southwest of Perth, is more comparable in climate. 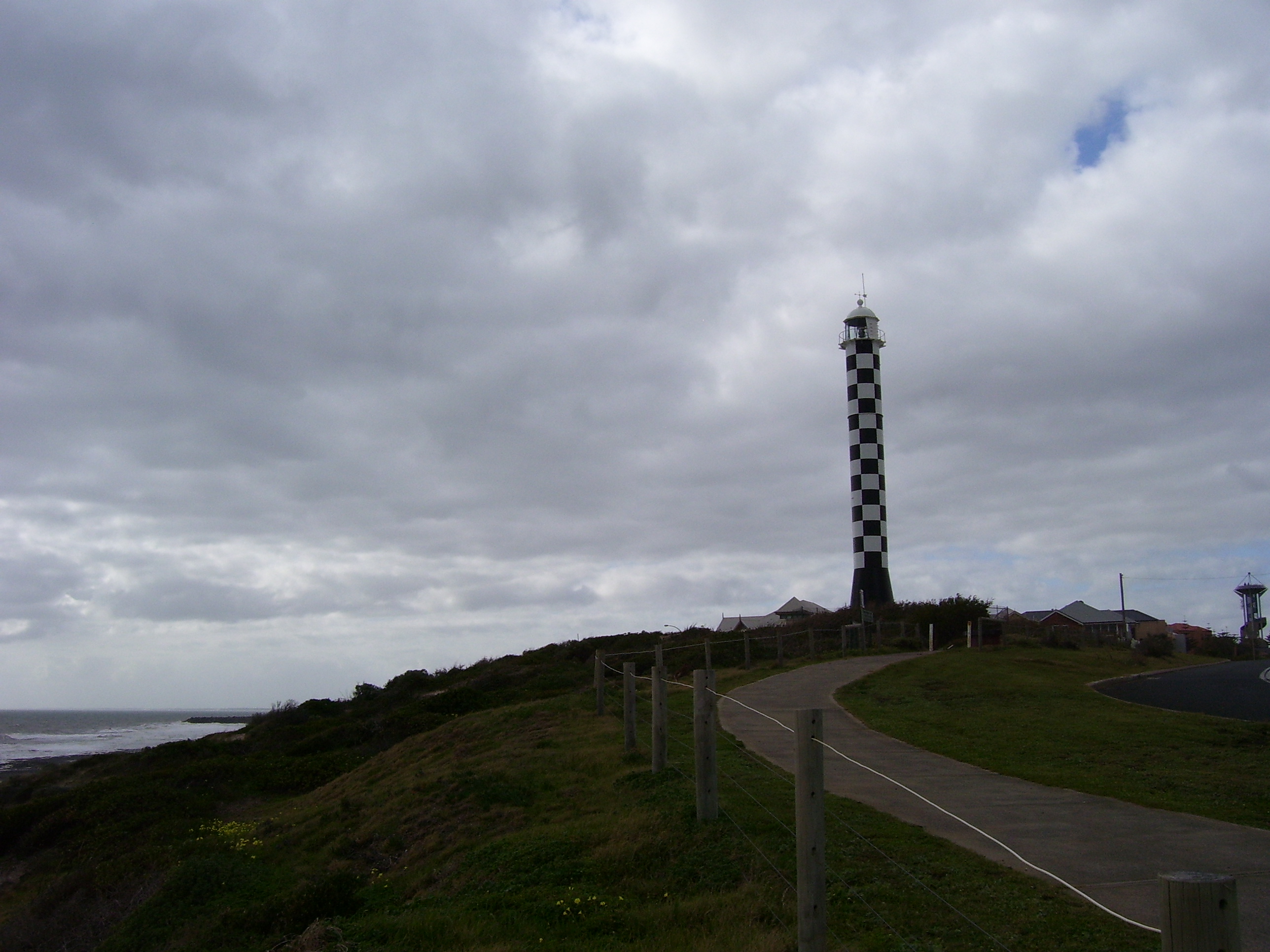 The Bunbury Tower, often called the "Milk Carton" for its distinctive shape and blue-and-white colours, is the major feature of the city centre's skyline. It was built in 1983 by businessman Alan Bond. Also prominent are the old lighthouse and lookout tower in the Marlston Hill district, which has been a focus of the city's cultural and commercial growth since the late 1990s.

Bunbury is the home of the Golden West Network, a regional television network broadcasting to the state of . GWN had its origins in Bunbury as Channel 3 in the late 1960s, and then purchased other stations from Kalgoorlie and Geraldton, as well as launching a satellite service in 1986 to form the current network. Bunbury houses the network headquarters and production facilities, with the Channel 3 transmitter located at Mt Lennard approximately 25 km to the east.

Regional television station WIN can also be received in Bunbury. WIN Television maintains an office and news bureau, however the station itself is not based there.

Recently a new hotel residential complex was built overlooking the estuary. The foundations and main building are built upon an old grain silo.

Bunbury has a relative dearth of FM services due to the broadcasting of GWN on Channel 3 and ABC1 on Channel 5. These TV channels fall in the FM band and thus no FM radio services can broadcast in the Bunbury license area within the 88-92 MHz and 101-108 MHz ranges. One can receive both TV audio carriers through 91.75 MHz FM (GWN) and 107.75 MHz FM (ABC1) respectively. These TV channels will be removed from the FM band once digital TV is mandatory. Fact|date=June 2007

The Pinjarra to Picton Junction railway line was completed in 1893, connecting Bunbury to Perth, and also to the coal and mineral deposits and agricultural areas to the north and east. The famous railway roundhouse and marshalling yards located at what is now Bunbury Centrepoint shopping centre were a vital service centre for the s of the day. The train station served as the terminal for the longest lasting named service in Western Australia - the Australind passenger train between Perth, transporting its first passengers on 24 November 1947 and connecting to a newly established bus network distributing passengers all over the South West.

By 1983, the railway into the city (closely following Blair Street's alignment) was considered an eyesore by the local council and developers, who wished to take advantage of the newly elected Burke Labor government's pledges to make Bunbury an alternative city to Perth. Fact|date=August 2008 A new station was constructed at Wollaston 4 km to the southeast, and the last train to use the old station departed Bunbury on 28 May 1985 with the new terminal commencing operations the following day. The railway land was then sold and Blair Street realigned. The Australind passenger service was then substantially upgraded in 1987.

At present there are two departures and two arrivals at Wollaston every day of the week. The former train station is now the Bunbury Visitor Centre and is the main bus station for services. It is also a stop for and South West Coach Lines bus services.

* The town is mentioned in the song "Marvellous" on Disc 2 of the album "" by comedian (). The line reads "From Bondi in the east across to Bunbury in the west".
* James Ricks' novel, "Eleven Months in Bunbury" (published in 1997 by Allen & Unwin), was runner-up in the 1995 The Australian/Vogel Literary Award.