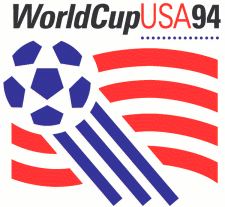 The average attendance for the tournament was 69,000 while the total attendance was 3.6 million. The 1994 World Cup holds the record for the highest attendance in World Cup history. It was also the highest-attended single sport event in United States history.

Greece, Nigeria, and Saudi Arabia qualified for the World Cup finals for the first time. Russia, competing independently for the first time after the dissolution of the , also qualified. The defending champions West Germany were united with their East German counterparts, representing the unified Germany for the first time since the 1938 World Cup. Due to the strong performances by African teams in 1990, Africa were given three spots for the first time, with Nigeria joining Cameroon and Morocco. On the other hand, for the first, and so far the only time, no British teams competed in a World Cup since they started to participate in the tournament in 1950.

FIFA's decision to hold the event in the United States over the bids of Morocco and Brazil surprised many due to the common perception that the United States had a relative lack of soccer fans. FIFA hoped that by staging the world's premier soccer tournament there, it would lead to America's growth of interest in the sport. (One condition FIFA imposed was the creation of a professional soccer league, as started play in 1996.) Despite these misgivings, in terms of attendance the event was a rousing success. The average attendance of nearly 69,000 shattered a record that had stood since 1950, due to the bigger capacities of the American compared to those of Europe and Latin America. To this day, the total attendance for the final tournament of nearly 3.6 million remains the highest in World Cup history, despite the expansion of the competition to 32 teams in 1998. Germany, Brazil, Argentina, Belgium, Italy and the USA were seeded for the final draw that took place in Las Vegas, on December 19, 1993. [ [http://www.fifa.com/mm/document/fifafacts/mcwc/ip-201_10e_fwcdraw-history_8842.pdf History of the World Cup Final Draw] ]

The format of the competition stayed the same as in 1990: 24 teams qualified, divided into six groups of four. Sixteen teams would qualify for the knockout competition: the six group winners, the six group runners-up, and the four third-placed teams with the best records. This was the last time this format was used, due to the expansion of the finals tournament in 1998 to 32 teams. This World Cup was the first in which three points were awarded for a win instead of two. FIFA instituted this feature to encourage attacking football after the defensive display of many teams at Italia '90. The tournament saw the end of 's World Cup career. Hero in 1986 as he led Argentina to the World Cup title, he was expelled from the tournament after he failed a drug test. Maradona was found to have ephedrine, a weight loss drug, in his blood. Colombia's was another tragic figure of this tournament. In a first-round match with the United States, he scored an as the USA went on win, 2-1. As a result of this defeat, Colombia, billed by many as the dark horse to win this World Cup, went out in the group stage and, sadly, Escobar paid for the own-goal when he was shot to death outside a bar in a suburb only 10 days after the match.

On the field, the biggest surprise of the tournament was Bulgaria. The Bulgarians had previously never won a match in the finals but, led by the goal-scoring of , they made a surprising run; Bulgaria won two of their three group matches to qualify for the second round where a 3-1 penalty shoout-out win over Mexico set them up with reigning world champions, Germany, in the quarter-finals. This was the game for which this Bulgarian side would be remembered as goals from Stoichkov and gave them a 2-1 victory. Bulgaria eventually finished in fourth place. The United States did not disappoint the home fans, as they advanced to the second round as one of the best third-place teams. There they played Brazil and despite a 1-0 defeat, the USA's performance was considered a great success.

Brazil's win over the USA helped take them to the final against Italy. While Brazil's path was relatively smooth as they defeated the Netherlands in the quarter-finals and Sweden in the semis (it was the second game between Sweden and Brazil in the tournament, the first ending 1-1), the Italians had made hard work of reaching the final game. During the group stage the Italian team struggled and narrowly advanced to the next round, despite losing 1-0 to the Republic of Ireland. , who was expected to be the shining star, had not scored a goal. During the Round of 16 match against Nigeria, Italy was trailing 1-0 in the dying minutes when Baggio scored the equalizer forcing the game into . There, he scored again with a penalty kick to send Italy through. Baggio carried the Italians from there, scoring the game-winning goal in the quarter-final against Spain, and both goals in Italy's semi-final victory over Bulgaria.

The final match at the Rose Bowl was tense but devoid of scoring chances. Despite the strategies disposed by the FIFA to promote offensive play, both teams lacked the energy to produce a goal. After 120 goalless minutes, the World Cup would be decided for the first time by a penalty shoot-out. After four rounds, Brazil led 3-2, and Baggio, playing injured, had to make his kick to keep Italy's hopes alive. He missed by shooting it over the bar, and Brazil were crowned champions. The sight of Baggio standing in front of the goal with his arms at his sides in disbelief remains one of the definitive images of this World Cup.

The third-place playoff was set between Bulgaria and Sweden, the team which scored more goals than any other in this World Cup. Sweden won convincingly with a 4-0 victory, showing the world why they had come so far in this tournament. One of Sweden's World Cup profiles - - was named to the All-star team.

The official mascot of this World Cup was "Striker", a , wearing a red, white and blue uniform with a soccer ball.

Group C was a good from a UEFA perspective as both of its members - holders Germany and Spain - would progress to round two. However it could easily have been different as South Korea gave them a run for their money. Coming from two goals down with four minutes left to snatch an unlikely 2-2 draw against Spain, the Koreans very nearly eclipsed that feat against Germany when the came from 3-0 down to lose narrowly 3-2. In spite of these heroic comebacks, South Korea were held to a drab 0-0 draw against Bolivia in their other group match when a win would have seen them through. Instead, only two teams would progress, Spain's late implosion against the Koreans effectively deciding that it would be Germany who won the group and not them. Germany, who tamely defeated Bolivia 1-0 in the tournament's opening match, would finish on seven points. Spain had to settle for second place despite leading in all three matches whilst South Korea were left wondering what might have been.

Group F ran the same course as Group D had done, whereby one team would be consigned to finishing bottom of the group with no points, whilst the other three sides would each advance with six. Morocco however, had shown far greater fight than had Greece, losing each of their matches only by a single goal. Belgium's campaign had gone the same way as Argentina's; finishing third despite winning each of their first two matches. After slender 1-0 victories against Morocco and Holland, Belgium were ultimately beaten by what is regarded by many as the finest goal in World Cup history - Saudi player Saaed AL-Owairian running from his own half through a maze of Belgian players to score the game's only goal. Both teams went through. For the much-fancied Dutch however, progression to the second round was a somewhat nervier experience. The opening 2-1 victory against Saudi Arabia had been less convincing than many had expected, that was to be followed by defeat against the Belgians before another nervy 2-1 victory - this time at the expense of Morocco - eventually saw them win the group. Winger, Bryan Roy had scored the winner a mere twelve minutes from time.

*The Brazilian National Team dedicated the title to the deceased Brazilian F1 champion , who died in Imola one month before the cup.
*The opening ceremony featured a performance by .
*The slogan of this World Cup was "Making Soccer History".

*The United States-Switzerland match in the was the first to be played indoors in World Cup history: grass was grown by and was the first time since 1965 that natural turf was used in an indoor stadium in the United States.
* of Russia became the first player to score 5 goals in a single World Cup finals game in his country's group stage win over Cameroon. Cameroon's also scored a goal in the same match, becoming the oldest player to score a goal in a World Cup. He was 42, also the oldest player to appear in a World Cup match.
* of Italy became the first goalkeeper to be sent off in a World Cup Finals match, dismissed for handling outside his area against Norway.
*The finals were the first time FIFA decided to experiment with the style of jerseys worn by officials, foregoing the traditional black. They would choose between burgundy, yellow or white shirts depending on what was feasible to avoid a clash of colours with the two competing teams. This custom has since been followed, but with black shirts added as an option later.
*The finals were also the first time that players had their names printed in the back of their jerseys in a World Cup, just like other American sports did. This custom followed from Euro 92, and has followed ever since.
*The finals were the first to award 3 points for a win in the group stage to motivate teams to play an attacking style.
*In disciplinary matters, for the first time yellow cards accumulated in the group stage were wiped clean after its completion, and players start with a clean slate at the start of the knockout stage. Previously, players were suspended for one match if accumulating two yellow cards throughout the tournament. Now, players were suspended for one match if accumulating two yellow cards in the group stage, or two yellow cards in the knockout stage. This was in response to the situation in 1990, where players such as and were suspended for the later matches.
*The 1994 World Cup revolutionized television coverage of sports in the USA through the sponsored scoreboard and game clock that were constantly shown on screen throughout the game. Television sports coverage in the US had long been dependent upon commercial breaks; a feature suitable for sports such as , , and (which all have breaks in the action), but long considered incompatible with soccer, due to the long stretches of uninterrupted play. Variations on it were quickly incorporated into virtually every team sports broadcast by the decade's end. The first American Pro sports broadcaster to do this was Fox Sports which won national rights to broadcast the NFL's NFC conference from CBS 6 1/2 months before the 1994 World Cup began.
*The 1994 FIFA World Cup final match was the first to be decided on a penalty shoot-out with no goals being scored either in regular time or in extra time.

*This was the last World Cup in which matches other than the last two in each group would be played simultaneously, although this would only happen once in this tournament; Saudi Arabia v Morocco and Belgium v Netherlands in Group F. From France '98 onwards, each game in the first two rounds of group play and the whole knockout stage would be played separately to maximise television audiences.