Explorer Post 409 is a law enforcement exploring program that is part of [ [http://www.learning-for-life.org/exploring/lawenforcement/ Exploring ] ] and the [ [http://www.scouting.org/ Boy Scouts of America ] ] . This page is dedicated to the members of Post 409 so that in times of emergency they can say to other Posts around Florida, "Well, at least we have a Wikipedia page." 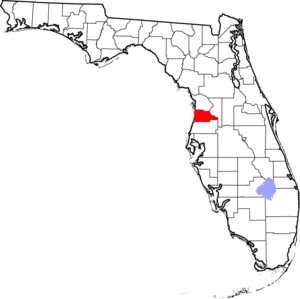 Explorer Post 409 was created in 1984 and chartered by the and is part of the Sheriff's Office [ [http://www.hernandosheriff.org/Programs/Explorers/ Explorers ] ] . Located in , Florida, the Explorer Post is a youth program targeted toward teenagers who are deciding to enter the law enforcement field. The intent of the program is to educate and involve youthes in law enforcement practices and functions to attain knowledge of said practices for both a career in law enforcement and for the yearly Florida Sheriff's Explorer Association States Conference [ [http://www.fsea.us Florida Sheriff's Explorers Association ] ] .

Explorer Post 409 uses a variety of hands-on techniques that deal with any aspect of law enforcement. A few training lessons include Unknown Risk , , Building Searches, and . Training is part of every Post 409 meeting and the material learned is especially used for the State Conference where members from different posts compete in events from the training learned throughout the year.

Explorer Post 409 usually meets every other Tuesday at the local sheriff's office for three house from 1700hrs until 2000hrs. [ [http://www.explorerpost409.com/6901.html HCSO Explorer Post #409 ] ] A meeting usually consists of opening the meeting, saying the , Attendance, Uniform Inspection, New and Old Business, Training, Debreifing, and a Closing of the meeting. At least two breaks are given throughout the three hours and sometimes food is served.

Meetings are held throughout the entire year; although, with some exceptions like holidays including and . Special meetings are also sometimes replaced by regular meetings. An informal meeting for training, a special detail on a meeting night, or a party are a few examples.

Uniforms are giving to all members of Post 409 and are expected to keep their appearances neat per the Explorer handbook. Uniform inspections are part of a meeting to ensure that members are meeting the uniform standards.

Details are community events that Post 409 help out with. Most of Post 409's budget comes from events such as the yearly Fair and Rodeo. Post 409 also hosts, along with the Hernando County Sheriff's Office Youth Education Services, a yearly golf tournament to help raise money. [ [http://www.sptimes.com/2008/02/12/Hernando/Guild_says_it_s_okay_.shtml Hernando: Guild says it's okay to buy tickets for friday's 'Forbidden' show ] ] Post 409's budget helps to buy new training equipment such as handcuffs and radios, and also new equipment for details such as bicycles, reflective vests, and lighted wands. The equipment helps Explorers to park cars.

Post 409 does not do valet parking, but helps to create parking lots in grassy areas, runways, and concrete areas that do not have lines to let people park themselves. Explorers also help guide handicapped parkers to closer locations near the entrance, collect money, and make sure that parking is a success.

Post 409 presently has two squads which divide the group into teams. Alpha and Bravo squads each have their own and as well as the different Explorers. The Post has a Special Order Sergeant, a , and a .

As the Post will continue to grow, the Advisors will take under consideration the idea of adding more squads as they are deemed necessary.

The Post has five active Advisors who help out during meetings with teaching Explorers and during details to ensure their safety. The Advisors are from different backgrounds of Law Enforcement and each can provide different training expertise which help Explorers to build their own training.

Advisors are the key to making Explorer Post 409 a success.

Post 409 participated in the 2004 State Conference during the week of June 27, 2004 in , Florida. During the weeklong conference, hosted by Lee County's Post 18, Explorer Post 409 participated in a wide variety of events like the training sessions that included a S.W.A.T. demonstration and Crime Scene presentation, and competitive events such as crime scene and traffic stop. Explorers also had a movie night, a night at a local fun park, and a dance at the hotel.

In addition to training and competitive events, participants completed a community service project while in Fort Myers, which consisted of a beach clean up at Fort Myers Beach. Explorers and Advisor assisted by picking up trash along a mile long section of beach.

Explorer Post 409 participated in the 2005 State Conference which was hosted in , Florida during the week of June 26, 2005. The Explorers were involved with activities such as training, which included a K-9 demostration and a S.W.A.T. presentation.

During the week of July 25, 2006, Explorer Post 409 participated in the FSEA Conference in , Florida. Training throughout the year, which included building searches, crime scene, and critical response helped the Post to win first place in the critical response competition. [ [http://www.explorerpost409.com/6955.html HCSO Explorer Post #409 ] ]

The 2006 Conference Shooting Competition, with the use of .38 Cal. Revolvers, was the first time in seven years in which Post 409 competed in a state level shooting competition.

Explorer Post 409 participated in the 2007 FSEA Conference during the weeks of June 24, 2007 which was sponsored by the Lake County Sheriff's Explorers in Howie in the Hills, Florida. Post 409 placed in four of the five competitive events. [ [http://www.explorerpost409.com/21101.html HCSO Explorer Post #409 ] ] They placed 3rd in Domestic Crisis; 3rd in Building Searches, 2nd in Bomb Threat Response; and 1st in Crime Scene. The 2007 States has been one of the better years the Post has had.

Post 409 competed in the FSEA conference and won 1st place in Crime Scene for a second year in a row, 4th place in Crisis Intervention, 1st place in Bicycle Riding, and a 2nd place Tyro plaque in the 9mm shooting competition. [ [http://www.explorerpost409.com/27801.html HCSO Explorer Post #409 ] ]

Post 409 will be issuing trading cards featuring the images of current Explorers who are in the post. The cards, which will be printed out by September 2008, will also feature statistics of each Explorer including volunteer hours and date of initiation.

Each year, Post 409 also prints a calendar to help raise money for the squads. The 2008 calendar features a more detective-noir theme featuring the Explorers who were in the Post at the present time and was created by Explorer Warren Buchholz.