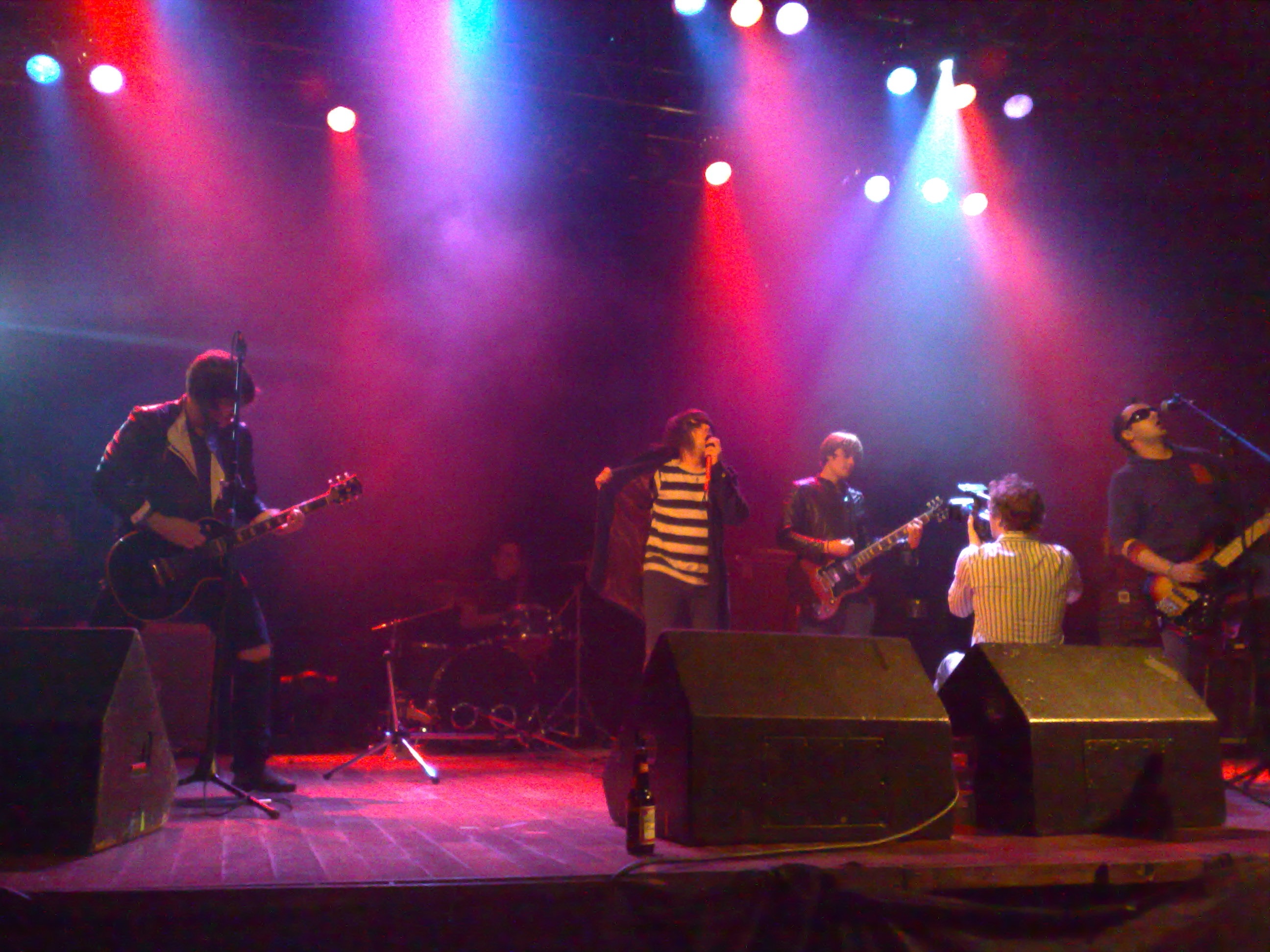 Roulette (international title) or "Рулетка" (Russian title) – Russian Roulette ( and ese title) is a / band from . Roulette is currently the most popular and notorious rock band in Russia and Eastern Europe. The band has released 4 top selling albums in their 9 year career, most recently “The Red Album” featuring the #1 single “Hear My Voice.” [http://www.youtube.com/watch?v=81WTRjRZd34] Their current single, the power balled “Natasha”, reached #2 on the Top 5 in Russia. The band is best known in for their singer Nikolay (Nikki) Minkov who has not spoken to the press or the rest of the band since their formation in 1999. His silence is reportedly the result of an incident that is part of the mysterious singer’s past and rumored to be buried in his dark and cryptic lyrics – most of which are sung in Russian with English titles.The band has also received some criticism from the press and government in for their blatant acceptance of corporate sponsorship. They are the only band in history to be sponsored by every cellular company in Russia and Europe.The band is gaining popularity in America and launching the “Red Flag” tour in the Spring of 2008 [http://www.weareroulette.com] .

In 1999 guitarist and singer Nikolay (Nikki) Minkov, bassist Alexy Belov, bassist, guitarist Jan Ianenkov, American guitarist Kyle Kyle and drummer Sascha Alexander came together to form Roulette. Since had lifted censorship in the late eighties, many of underground rock bands flourished, including band , allowing Western style rock and fashion to influence youth and receive more widespread popularity. The band released a self-titled debut album in 1999, featuring a stylized Hammer & Sickle on the cover. The band gained a reputation quickly of being stand-offish with the press and fans which only served to fuel the bands popularity. Their following releases have sold an amazing 5 million copies in Russia alone, fueling their egos and bank accounts. The Red Album has been #1 on the charts since it’s release in September 2007.Roulette headlined one of Europe’s largest festival on New Years Eve 2007 – the performance was considered a landmark in the band’s career and footage is featured in the video for “Hear my Voice.” The band’s success continued into 2008 as the band received the as the best international act.

Roulette is gaining popularity in North America as their songs are included in many network television shows and commercials for mobile carriers and vodka companies. In addition the band has voiced mild confusion in the press over not being asked to play the 2008 , an outdoor festival in on , 2008