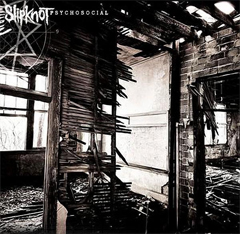 Percussionist Shawn "Clown" Crahan told "The Pulse of Radio" what he could regarding "Psychosocial", saying, "One thing I can feel is like that song has got a lot of, I would say social anxiety. It's got a real good tempo. It's really fun and it's different. I think most of the stuff that we have is different." [cite news |title=Slipknot Percussionist Talks About New Single 'Psychosocial' |publisher=Blabbermouth.net |date = 2008-06-19 |url=http://www.roadrunnerrecords.com/blabbermouth.net/news.aspx?mode=Article&newsitemID=99384 |accessdate=2008-06-20]

"" praised the song, saying that it "slows down the tempo to bludgeon with a steady, pounding groove instead of all-out thrash in a manner reminiscent of the band's more slow-burning but still malicious second album, "Iowa"." They went on to explain, "That track is capped off with a time-signature shattering guitar/drum breakdown that will leave the best air-instrumentalists stumped." [cite web |url=http://www.rollingstone.com/rockdaily/index.php/2008/06/20/new-slipknot-album-a-first-listen-to-all-hope-is-gone/|title=New Slipknot Album: A First Listen to “All Hope Is Gone”|accessdate=2008-06-29 |author=Chris Steffen|date=2008-06-08 |publisher=]

The for "Psychosocial" was shot at Sound Farm studios in on , .

During an interview with "", guitarist revealed that the video features the burning of the purgatory masks adorned by the band members in the splash teaser photos shown on Slipknot's website, reportedly because the masks represent the band's ego. [cite video |title= [http://www2.kerrang.com/2008/07/exclusive_slipknot_video_inter.html Slipknot video interview!] |publisher="Kerrang!' -07-01]

There are two versions of the video. One uses the album version of the song, whilst the other uses a much shorter version of the song; excluding the "Limit of the Dead!" lines.This song was nominated to best rock video at the VMA´s 2008. [ [http://www.youtube.com/watch?v=Wws7mnMewPw Slipknot - Psychosocial (Album Edit Video)] ]