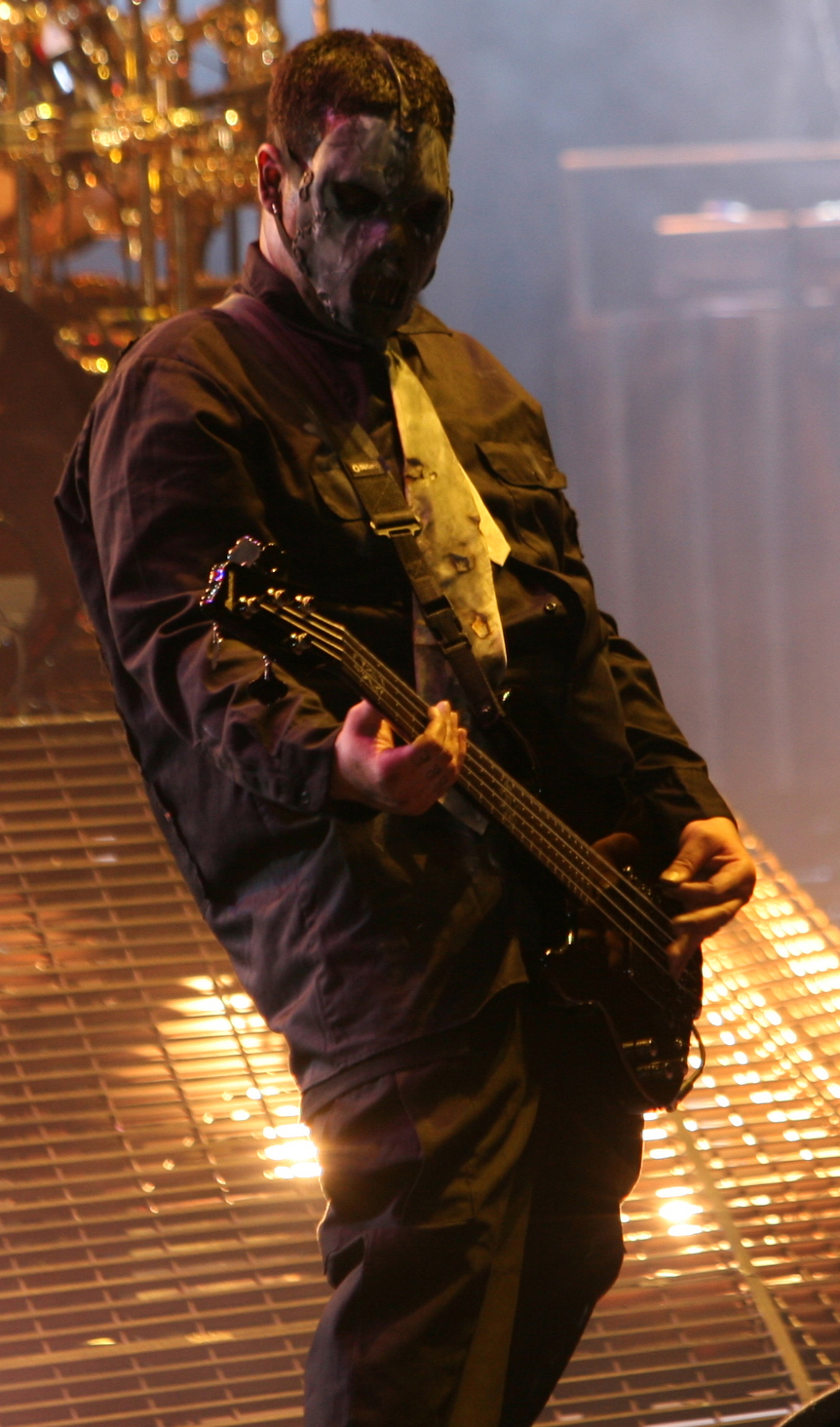 As well as lending his bass talents to the band, Gray has also sung backing vocals on select songs Slipknot has performed live, among them "", "Get This", "People = Shit", "Disasterpiece", "Three Nil", "Pulse of the Maggots" and "Before I Forget" – usually when vocalist 's voice has become too dry, tired, or hoarse. Outside Slipknot, Gray has filled in as bassist for during their 2003 tour, appeared on ' "", done a brief tour with and appeared on the project, performing bass on "The Enemy" and "Baptized in the Redemption" from the project's album "The All-Star Sessions".