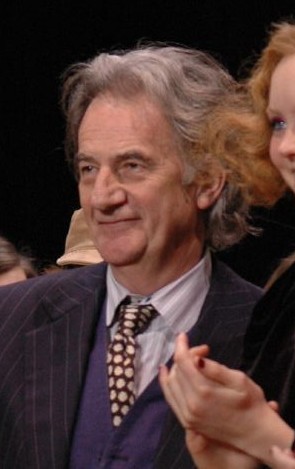 Sir Paul Smith, RDI, (born in Beeston, on July 5, 1946) is an English , whose business and reputation is founded upon his menswear. He is both commercially successful and highly respected within the fashion industry. [ [http://www.designmuseum.org/design/paul-smith Paul Smith / Selector for 25/25 - Celebrating 25 Years of Design: Fashion Designer (1946-) - Design/Designer Information ] ]

Smith was knighted by Queen Elizabeth II in 2001, after nearly three decades as a menswear icon. His collections of clothing and accessories for both men and women are usually identified by the presence of Smith's multi-coloured pinstripe motif somewhere on each item.

Paul Smith is creditedWho|date=September 2008 with introducing a number of trends within the realms of fashion and 'lifestyle' including the revival of and of the in the early 1980s.

Smith only took up fashion design after having been injured in a cycling accident. [ [http://www.infomat.com/whoswho/paulsmith.html Paul Smith Biography and profiles of fashion designers ] ] He set up his first shop in in 1970. [ [http://www.leftlion.co.uk/articles.cfm/id/1692 Sir Paul Smith Interview - Nottingham Articles - LeftLion.co.uk ] ] His father had been a tailor, which laid the foundations for a career in fashion, and his first employment in that area was as manager of the menswear department of the Birdcage boutique on Bridlesmith Gate, Nottingham. He later worked as a buyer for in London before launching his first shop on Byard Lane, Nottingham in 1970. He gradually expanded his retail business, being the first fashion brand to open on in 's in 1979, where his shop offered an eclectic combination of clothes and 'finds' for men which reflected his own magpie personality. The initial international growth of his business came in Japan, where his British designs have been particularly popular,Fact|date=September 2008 while he expanded into three adjacent stores on . A converted town-house in Notting Hill opened in 1998 is now his flagship store, but the company's operational heart remains in Floral Street. [ [http://www.productdose.com/wiki/Paul_Smith Paul Smith | productdose.com ] ]

A shop called Willoughby House also opened in 2005 in Smith's home town of Nottingham, which showcases both his men's and women's collections. His first shop on Byard Lane also still remains, selling his PS Jeans label.

The success of Smith's business has been put down to his understanding of his dual roles of both designer and retailer; the success of his designs is attributed to his combination of the classic and the quirky, which he has described as "Savile Row meets Mr Bean", [ [http://www.highbeam.com/doc/1P2-5273525.html] London Evening Standard, June 26, 2000, William Leith] and which allows men to buy relatively traditional (and hence commercially popular) designs that offer a 'twist' of individuality. [ [http://nymag.com/fashion/fashionshows/designers/bios/paulsmith/ Paul Smith - London Fashion Designer] ]