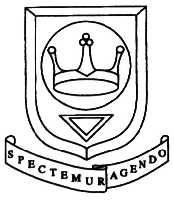 Kingsbury High School is a large High School in , , notable for a number of reasons including its national reputation for Mathematics, its many eminent alumni and for the fact that the Upper School site at Princes Avenue, NW9 London, is recognisable to many British adults because it was used as the set for the one of the original series of the popular children's drama series "". It is also notable because of its 'high' exam results and is 'heavily' 'over'-subscribed.

Kingsbury County Grammar School was established on 15th September 1925 as Kingsbury County School. Prior to the establishment of the school the area had been served by a number of schools, which in keeping with the future history of Kingsbury County School had been subject to the prevailing changes in population and politics of the area. Although there are reports of a school being kept in the area in c.1530, by John Bishop the curate of Kingsbury, there is no more evidence until the nineteenth century of schooling in Kingsbury. Schooling is mentioned in 1819, and in 1822 a day school was opened. This school was situated near the junction of Kingsbury Road and Roe Green, which itself is looked at open by the current Kingsbury High School. This school has closed by 1876. Other schools existed in the area as well, with nearly all children in Kingsbury said to attend one school or another by 1847. Kingsbury School Board was set up in 1875 following a damning report as to the cramped premises of the British School at the Hyde end of Kingsbury Road, itself an 1870 replacement of an infants' school that had been built in 1861 to the Congregational chapel in Edgware Road. "Kingsbury Board School" on Kingsbury Road, opened by the Kingsbury School Board in 1876, was to accommodate 120 pupils. In 1903 this became "Kingsbury Council School". In 1922 this became the first senior mixed school in the area after its infants had been transferred to the new "Kenton Lane Council School" in 1922. This school operated as a junior school after 1928 until it was bombed in the .

The establishment of Kingsbury County School

When Kingsbury County School was opened in 1925, it was originally housed in a building that once belonged to the , (or as it often referred to) on the Edgware Road opposite Colindale Avenue. The building had been adapted to take 380 pupils.. The first Headmaster was Mr Tracy. He had a staff of eight teachers, five full time and three part-time. As the population of the surrounding increased due to the attraction of workers to the aircraft industry, so did the roll of the school and in 1929 a new school was built in Princes Avenue by John Laing and Co at a cost of cost £43,638.

After The Butler Education Act of 1944

When the Government passed the Butler Education Act in 1944 a was established dividing Secondary schools into three categories, , Technical schools and Modern Schools. The grammar school was deemed the place of education for the academically gifted (as determined by the exam) and Kingsbury County School was selected to became the grammar school at which point the school changed its name to Kingsbury County Grammar School. The headmaster, Dr Payling (who had succeeded Mr Tracy after his retirement in 1949) saw the beginning of extensions in 1954.

Adoption of the Comprehensive System

In 1967 with the local authority having adopted the comprehensive system of education, Kingsbury County Grammar and the two Tyler’s Croft schools were amalgamated to form the giant Kingsbury High School. Mr Jones, who had succeeded Dr Payling back in 1954 , faced the task of managing the School’s transition from being a grammar school to a comprehensive school. The Bacon Lane site was designated by the head as the Lower School under the management of a Head of Lower School, with the buildings of the former Kingsbury County Grammar to be used for the upper years. Three years after this huge reorganisation Mr Jones retired and the governors appointed Mr C Mitchell in 1970. Mr Mitchell served 18 years as Headmaster and was responsible for a series of important developments. In Mr Mitchell’s era, the ethnic makeup of Kingsbury began to change with the growth of a large Asian community. In this time the school roll increased to 1750 and the proportion of ethnic minority children in the school increased apace. After Mr Mitchell retired in 1988, the former head of neighbouring Preston Manor High School, Philip Snell, was appointed to succeed as Headmaster.

Grant Maintained Status and the Growth of Computing

In 1993 a majority of parents voted for the School to gain Grant Maintained Status which meant that the School was to benefit financially with an expanding budget and was also able to take control of its own admissions. During the subsequent period the school’s reputation from computing also began to grow and flourish. This has been attributed largely to Mr Snell’s interest in curricular advances and new information technology and the resultant building of the first computer based Open Learning Centre in Princes Avenue with a special link for weather forecasting. When Her Majesty the Queen, chose the School for her launch of the royal web site this both enhanced and highlighted the school’s reputation for computing excellence.

Mr Snell retired in 2003 and was succeeded by the current head, Mr C Chung, who, in common with a number of his predecessors, is a former teacher of the school.

The intake of pupils into KHS, shows the pupils to be of average ability(by KS2 score), but the schools results are way above what would be expected.1. Durham University has rated the KHS A level Maths results, as being in the top 5% achieved by any institution in the country (VA/Alis).

3. KHS has highest number of pupils taking Maths as an A levels in Brent and one of the highest in the country (approx 200 students)

5. The most able students take a full AS level in Maths in year 11, the only school in Brent to do so, with 75% gaining A - C last year

8. At KS3, Maths was ranked in the top 2nd & 12th percentiles for all schools in the country (last two years, CVA, Raise online)

10. The Top 100 pupils start working on A level topics in year 8 and year 9. All these pupils would have covered the 1st year of A level Maths by year 11.

13. On a scale of one to seven the DCSF have rated us as a ‘number one’ department for converting KS2 level 3 & 4 pupils into level 5+ at KS3

", (meaning Let us be judged by our acts) has remained consistent from the school's foundation being that of the original Kingsbury County School in 1925. The badge has altered over time although there are still elements of consistency. Both the original and current badges have a crown in the centre of the badge. The original badge had the crown sitting atop three drawn sabres arranged horizontally on top of each other, reducing in size from top to bottom. The current badge has the crown sitting atop a triangle which has replaced the sabres but is representative of the shape the sabres formed. The current badge has also lost the top portion of the original badge which represented two turrets of a battlement.

Head Teachers and Head of Years

There were also many notable alumni from the previous schools, including:-