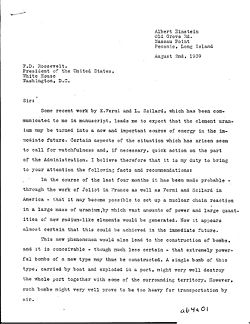 A letter is a written message from one party to another. The role of letters in communication has changed significantly since the nineteenth century. Historically, letters (in paper form) were the only reliable means of communication between two persons in different locations.

As communication technology has diversified, posted letters have become less important as a routine form of communication; they however still remain but in a modified form. For example, the development of the telegraph shortened the time taken to send a letter by transferring the letter as an electrical signal (for example in Morse code) between distant points. At the telegraph office closest to the destination of the letter, the signal was transferred back into a hardcopy format and sent as a normal mail to the person's home. This allowed the normal speed of communication to be drastically shortened for larger and larger distances. This required specialised technicians to encode and decode the letter. The facsimile (fax) machine took this one step further: an entire letter could be completely transferred electrically from the sender's house to the receiver's house by means of the telephone network as an image.

Today, the Internet is becoming (or has become) the predominant medium for sending letters. The term e-mail, meaning electronic mail, has entered into everyday speech. By analogy, the term letter is sometimes used for e-mail messages with a formal letter-like format. (And regular letters, since they take longer, are often called "snail-mail.")

Historically, letters exist from the time of ancient India, ancient Egypt and Sumer, through Rome, Greece and China, up to the present day. Letters make up several of the books of the Bible. Archives of correspondence, whether for personal, diplomatic, or business reasons, serve as primary sources for historians.

The Study of Letter Writing 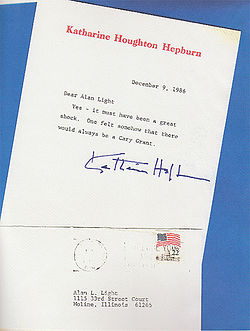 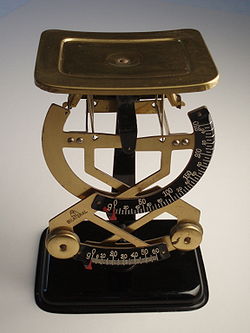 Letters are still used, particularly by law firms and businesses, for official (public) notifications, sometimes advertising. This is because of three main advantages:

Here is how a letter gets from the sender to the recipient:

This whole process, depending on how far the sender is from the recipient, can take anywhere from a day to 3–4 weeks. International mail is sent via trains and planes to other countries.

The following is a common way to set out a letter:

The following is the modified block format for a business letter, common in the United States:

Thank you letter sent by the US government to test subjects of the Tuskegee Syphilis Study.

There are numerous situations in day-to-day business that can warrant a thank you letter. Some typical situations include: appreciation for special consideration extended by another organization, thanking a speaker for a presentation at a board meeting, customer appreciation letters thanking customers for their patronage, thanks to employees for exceptional service or performance, thanks to an individual or organization for a customer referral, appreciation to volunteer service workers for their personal contributions to a public service campaign, etc.

As with business situations, there are many instances in day-to-day life that can warrant a formal thank you letter. Examples of typical personal thank you letter situations include: a follow-up thanks after a job interview or offer, thanks to a company or institution in appreciation for exceptional customer service received, letter to friends and/or neighbors for their support during a difficult period, letters for wedding gifts, thanks to a service club or agency for support given to family members, social occasion thank you letters for a wide variety of social situations, etc.

A thank you letter should be written as a standard business letter or personal letter, and should not normally exceed one page. Personal thank you letters can be hand-written in cases in which the addressee is a friend, acquaintance or relative.