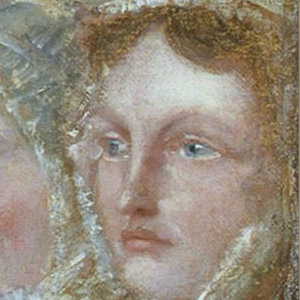 Elizabeth Pease Nichol (1807&ndash;1897) , anti-segregationist, woman suffragist, and anti-vivisectionist [ [http://www.oxforddnb.com/ Oxford Dictionary of National Biography] ] In 1853 she married Dr. (1804-1859), Regius Professor of Astronomy at the much against her family's wishes. She attended an important convention in 1840 on Anti-Slavery.

Elizabeth Pease was born to Joseph Pease and his wife Elizabeth Beaumont. Her father had started the in the year she was born ; which was also the year that the (not slavery) in the British Empire was abolished.

In 1837, Pease was the leader of the Darlington Ladies Anti-Slavery Society. She was encouraged by Charles Stuart an Anti-Slavery lecturer to send a female delegate to a national body being arranged by Joseph Sturge. Pease however resisted these attempts as she did not seek the limelight but just wanted to work for the causes she held to be important. [ [http://books.google.co.uk/books?id=Px8bo7ELSToC&pg=PA220&lpg=PA220&dq=%22elizabeth+pease+nichol%22&source=web&ots=Oq6uGWyPch&sig=a61k5nNRnLLwVhztM_Xg0Pw5jY8&hl=en&sa=X&oi=book_result&resnum=9&ct=result#PPA51,M1 Women Against Slavery] , Clare Midgley, p51]

In 1840, Pease journeyed to London to attend the World's anti-slavery convention on . Before the conference started she met and . [ [http://books.google.co.uk/books?id=giffod3v0FsC&pg=RA1-PA463&lpg=RA1-PA463&dq=%22elizabeth+pease+nichol%22&source=web&ots=IbaHau3t_h&sig=m-OuKI6wYtoR3f8jrEXEA2eKEXQ&hl=en&sa=X&oi=book_result&resnum=6&ct=result#PRA1-PA462,M1 The Women's Suffrage Movement] , Elizabeth Crawford, p 462, accessed ] These ladies were amongst many who were delagates from America at the conference.

Just before the "World's Anti-Slavery Convention" opened, the British organiser explained that female delegates would not be allowed. This "insane innovation, this woman-intruding delusion," was rebuked by the leading English Anti-Slavery members. Some of the male delegates from America sided with the women, including , , , , Isaac Winslow, and Henry B. Stanton. , who was not there until the 17th,

The picture above shows her in a painting made to commemorate the event which attracted delegates from America, France, Haiti, Australia, Ireland, Jamaica and Barbados.

In 1853 she married Dr. (1804-1859), Regius Professor of Astronomy at the much against her family's wishes as Nicholl was a . She had to leave the Society of Friends (Quakers).