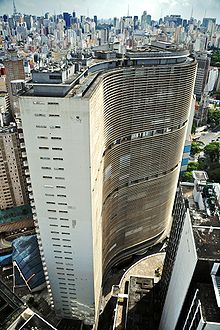 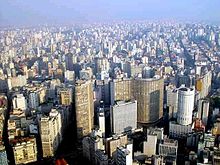 The Edificio Copan by Oscar Niemeyer, 1957 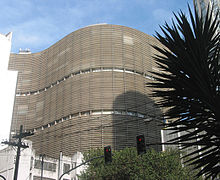 The building was not named after the ancient Mayan city in Honduras; the name is an acronym for its original developer, Companhia Pan-Americana de Hotéis e Turismo (Panamerican Company for Hotels and Tourism). The building was designed by Oscar Niemeyer`s office in São Paulo, he himself being responsible for the famous sinuous facade design. In its final version, the building had 1,160 apartments and 5,000 residents. Due to the large number of residents, the São Paulo City Hall gave the building its own postal code (CEP: 01046-925). The current condominium has over 100 employees to serve residents and to conduct maintenance. The ground floor is home to 70 businesses and establishments including (since the 1990s) a church, a travel agency, a bookstore, and 4 restaurants. Its site has 10572.80 square meters.

The Copan Building has inspired writers, filmmakers, photographers, and other artists from all over the world. A short story collection entitled Arca sem Noé - Histórias do Edifício Copan, by Brazilian author Regina Rheda, was published in Portuguese in 1994 and won the 1995 Jabuti prize in Brazil. Arca sem Noé is also published in English as Stories From the Copan Building, within the volume First World Third Class and Other Tales of the Global Mix (University of Texas Press).[1]