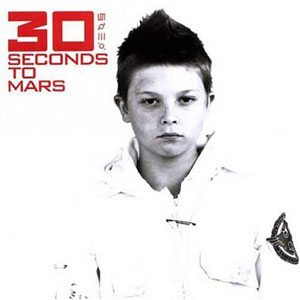 Type =
Artist =
Released = ,
Recorded = The Center for the Advancement of the Arts and Sciences of Sound
Genre =

The lyrics of the hidden track, "The Struggle," were taken from 's "".

Much of "30 Seconds to Mars" features elements. In accordance to this, and of contributed on the tracks "Welcome to the Universe" and "Capricorn (A Brand New Name)," respectively.

The song "Echelon" was played during the ending credits of the film "", which was released in 2003.

The phrase 'Welcome to the universe' is repeated throughout the album in the songs "Welcome to the Universe", "93 Million Miles", and "The Struggle". The original name for the album was going to be "Welcome to the Universe". Additionally, "division" and "unity" are repeated in the lyrics of the songs "Oblivion", "Echelon", "End of the Beginning", "93 Million Miles", and "The Struggle". 93 million miles is the average distance from Earth to the Sun.ref|NASA