Agilent Technologies (NYSE: A), or Agilent, is a company that designs and manufactures electronic and bio-analytical measurement instruments and equipment for measurement and evaluation. Agilent Technologies has a stock market capitalization of over 10 billion USD and the company's headquarters are in Santa Clara, California, in the Silicon Valley region.

Many of Agilent's predecessor product lines were developed by Hewlett-Packard, the American computing company founded in 1939. In 1999, the product lines not directly connected with computers, storage, and imaging were grouped into a separate company (Agilent), the stock of which was offered to the public in an initial public offering. The Agilent IPO may have been the largest in the history of Silicon Valley.[7]

The company thus created in 1999 was an $8 billion company with about 47,000 employees, manufacturing scientific instruments, semiconductors, optical networking devices, and electronic test equipment for telecom and wireless R&D and production. In 2011, the company along with the University of California, Davis, announced that it would be establishing the Davis Millimeter Wave Research Center. [8] 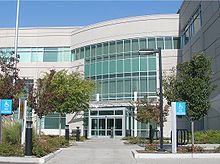 Agilent Technologies has a robust research and development arm, Agilent Laboratories or Agilent Labs, with active research in numerous areas including MEMS, nanotechnology, and life sciences. [10]

HP labs was divided into two central labs when Agilent was carved out of HP in 1999.[11] Both laboratories have had distinct success throughout the years including development in X-ray technology, traffic monitoring, and liquid chromatography and mass spectrometry.[12]

The majority of the Labs research is located in the United States in Santa Clara, California, with additional locations in Europe (Belgium, France, and the UK) and in Asia.

Agilent Technologies has an active investment group, Agilent Ventures, which invests in high-tech start up companies. Investments include MEMX, Infinera, and Telasics.

In 2001, Agilent Technologies sold its health care and medical products organization to Philips Medical Systems. HP Medical Products had been the second oldest part of Hewlett-Packard, acquired in the 1950s. Only the original founding test and measurement organization was older.

In August 2005, Agilent Technologies announced the sale of its Semiconductor Products Group, which produced light-emitting diode, radio frequency and mixed-signal integrated circuits, to Kohlberg Kravis Roberts & Co., and Silver Lake Partners. The group operated as a privately run company, Avago Technologies, until August 2009, when it was brought public in an IPO. It continues to operate under the same name as a publicly traded corporation. Agilent also sold its 47% stake in the light-emitting diode manufacturer Lumileds to Philips Electronics for just under $1 billion. Lumileds originally started as Hewlett-Packard's optoelectronics division.

Also in August 2005, Agilent announced a plan to divest its semiconductor test solutions business, composed of both the system-on-chip and memory test market areas. Agilent listed the new company as Verigy, mid-2006 on NASDAQ.