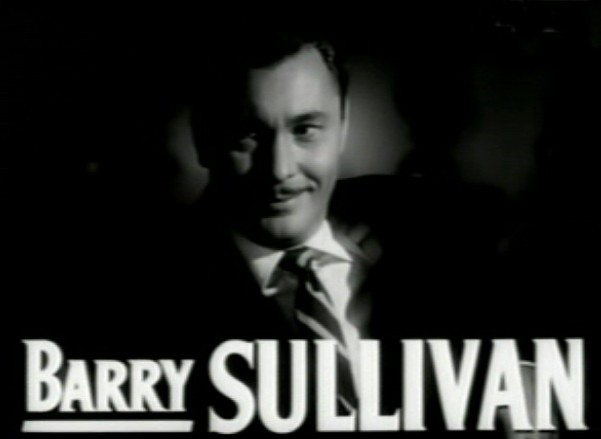 Born in , the seventh son of a seventh son, Sullivan fell into acting when in college playing semi-pro football. During the later depression years, Sullivan was told that because of his 6'3" stature and rugged good looks he could "make money" simply standing on a Broadway stage. This began an extremely successful career on Broadway culminating in his 1954 portrayal of Captain Queeg in " The Caine Mutiny Court- Martial."

One of Sullivan's most memorable roles was playing a movie director in "" opposite Kirk Douglas. Sullivan starred in movies with , , and most of the forties and fifties leading ladies. Sullivan toured the US with in theatrical readings of the of and starred opposite her in the 1951 film "".

In 1950, Sullivan took over the role of ' from on NBC Radio show. Unfortunately, Sullivan only lasted two episodes before the show was cancelled, and then resurrected five weeks later with Vincent Price once again playing the starring role.

In 1960 Sullivan played frontier sheriff opposite as outlaw in the western television series "" (although the series ran for 75 episodes, the one in which Garrett kills Billy was never filmed). He also cameoed in 's "" (1973) as , but his scene was excised from the release print (though later restored to the film). He had a featured role in the 1976 "". Sullivan starred in three t.v. series "Harbor Master" " The Tall Man" and "The Road West."

Sullivan guest starred in t.v. series ranging from "The Love Boat" "Little House on the Prairie" to" McMillian and Wife." Sullivan also starred in many Hallmark Hall of Fame specials including a highly acclaimed production of "The Price" opposite George C. Scott. Sullivan was consistently in demand for the entirety of his career. His acting career spanned romantic leading man roles to villians and finally to character roles.

In his later years, Sullivan had roles in the movies "Oh God" with George Burns and "Earthquake" where he shared scenes with Ava Gardner.

Sullivan has two stars on the Hollywood Walk of Fame: one at 1500 Vine St. for his work in television, and another at 6160 Hollywood Blvd for motion pictures.

His daughter wrote the play "J for J" ("Journals for John") after she found a packet of unsent letters (in 1995) written by Barry decades earlier to her older brother, Johnny, who was mentally disabled. The play premiered on October 20, 2001. , who in real life had a handicapped brother, played Johnny, Jenny played herself, and actor portrayed Barry.

Sullivan was a democratic party activist and a tireless advocate for the mentally diabled. Jenny Sullivan was an actress, appearing in many movies and television shows. Jenny is now a theater director. Sullivan's youngest daughter, Patricia, nick-named " Patsy", was 12 years old when signed to a cosmetic company contract and was a cover girl. She later married songwriter, Jimmy Webb. Jenny married musician " Jimmy Messina." Both daughters' marriages ended in divorce.

Sullivan was married and divorced three times, Marie Brown, a Broadway actress was mother to both Jenny and John Sullivan. Gita Hall, model and actress, mother of Patricia. His third marriage to Desiree Sumara was childless.
*imdb name|0837959