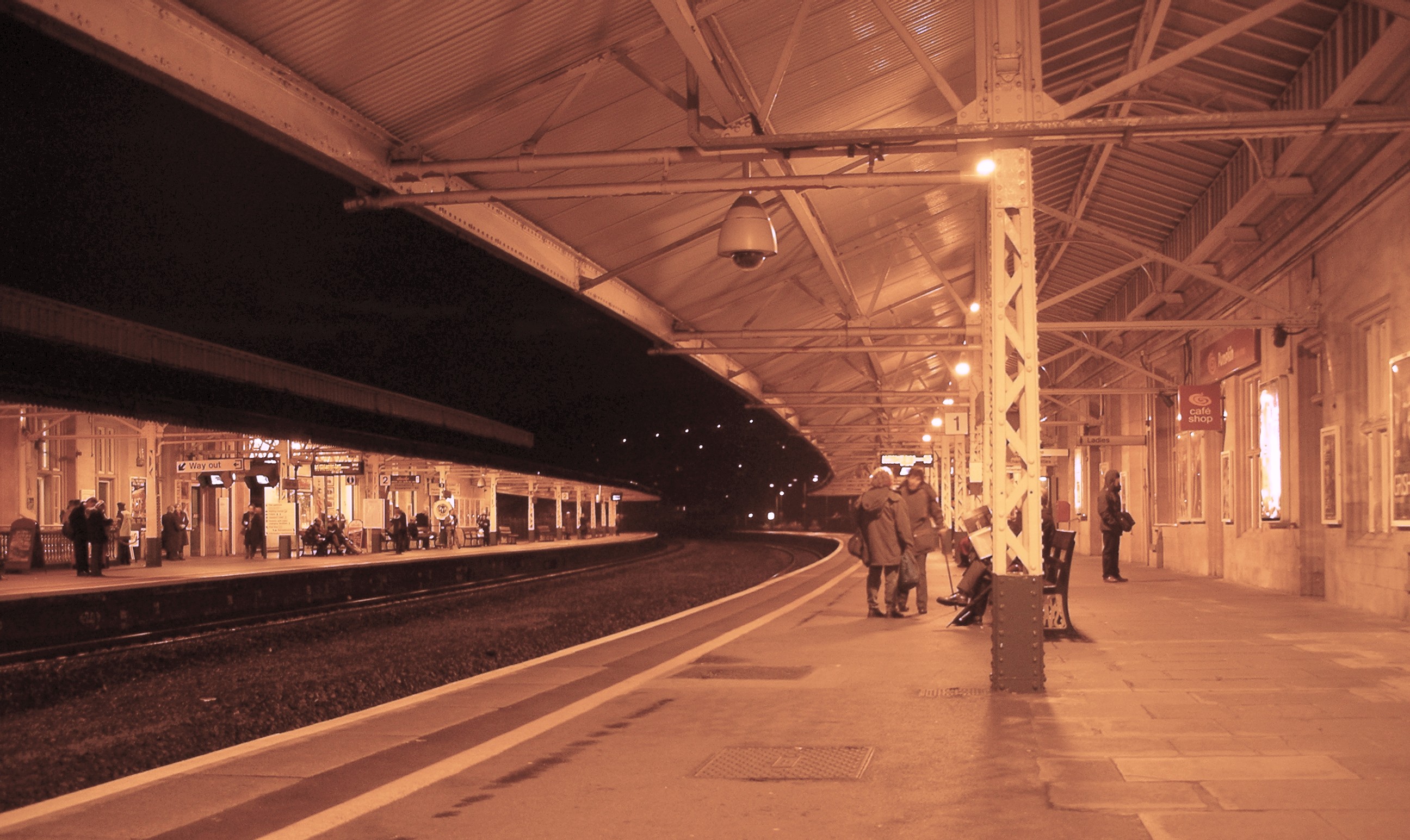 Bath Spa railway station is the principal in the city of Bath, in .

Bath Spa station was built in 1840 for the by Brunel and is a grade II [cite web | title=Bath Spa Station | work=Images of England | url=http://www.imagesofengland.org.uk/search/details.aspx?id=443080 | accessdate=2006-12-15] . It is in an asymmetrical with curving gables, and lies on the north bank of the Avon, with the line swerving elegantly across from the southern bank to the station and then back again.

A convenient characteristic for passengers is that ramps lead up to both platforms, permitting the disabled or those with luggage to have ready access from the platforms to cars or taxis. There is also a footbridge, formerly tolled, leading directly from the station across the Avon and allowing direct access to the area of Widcombe. The large gap between the up and down-lines used to accommodate a through bi-directional line.

Since the closure of the Midland Region station at Green Park after the Beeching report, all rail services run through Bath Spa. The station is also conveniently situated for connection with bus services.

Since railway privatisation has managed Bath Spa. In 2005 they obtained listed building consent for a number of alterations to the building, including the installation of lifts to the platforms. This is expected to enable them to remove the convenient direct access between the platforms and the car parks.

Other stations in Bath

The only other open station in Bath is Oldfield Park, a small commuter station in a western suburb, with limited services to Bristol.

Other now closed stations in Bath were Green Park (the Midland terminus, of which the over-all roof and primary buildings survive, and which for most of its life was named "Bath Queen Square") and Weston (a suburban station on the Midland line which closed in 1953). , later a goods station, was the original GWR passenger station, and is now demolished). Twerton-on-Avon, and Hampton Row Halt, both on the GWR route, closed after .

Immediately outside the south id the SouthGate development project, a major new shopping centre that is under construction. Manvers Street leads north into central Bath, a short walking distance away. There are good views of the city centre on the approach to the station by train.