Made in the Shade

Made in the Shade

Infobox Album | Name = Made in the Shade
Type =
Artist = 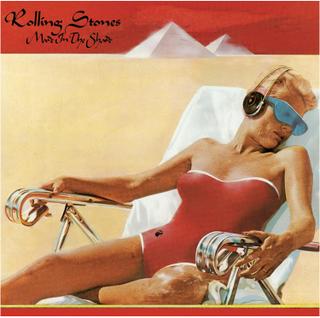 "Made in the Shade", released in 1975, is the first official by during their contract. It draws entirely from their first four albums on that label.

The material on "Made in the Shade" surveys the highlights from the band's post-Decca/London era thus far, from 1971's "" to "" from 1974, with no new material.

Although "Made in the Shade" bought The Rolling Stones time to deliver their next studio album (they were mid-way through recording "" upon this album's June 1975 release), it was also released to capitalize on the band's summer Tour of the Americas, featuring for the first time in 's place. Wood, fitting in so well, was asked to remain in the band on a permanent basis following the tour's conclusion.

"Made in the Shade", which had to compete with the latest cash-in ABKCO release &mdash; this time an outtakes compilation called "Metamorphosis" &mdash; reached #14 in the UK and #6 in the US, eventually going platinum. Subsequent Rolling Stones compilation albums have also anthologized tracks included on this album.

All songs by Mick Jagger and Keith Richards.