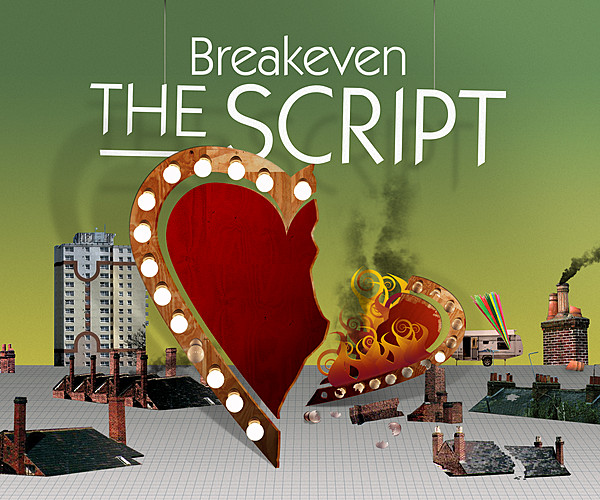 Breakeven is the third single by Irish band The Script, it will be released of their self titled album The Script.

The video premired on Ferne & Regie's homepage on radio 1, it was then uploaded onto youtube on , it has so far had 2,099 views.

The video starts with danny in a car, he then gets out and looks around, it keeps going to scenes of a girl in a field, it then goes to danny in a black room singing, it also has clips of danny and the girl having sex, and then it goes back to the black room and he's watching a video of the girl in the field, then it goes to danny takeing that video, it then goes to danny sitting on a bed alone, and then it goes to the band performing, it then shows the girl with bags leaving danny, then again the band performing, then danny and the girl walking on a path, then him sitting alone on a car, it then repeats some of the things they've already done in the video, then it ends with clips of danny walking down a path at night and the girl in a taxi at night.

On the irish chart the song debut at 49.