"Chief of Hearts" is the eighteenth episode of The Simpsons' twenty-first season. It aired on the Fox network in the United States on April 18, 2010.

In this episode, Homer and Chief Wiggum become friends after Homer shares a sandwich with Wiggum during his community service sentence. Meanwhile, Bart becomes addicted to a Japanese kids' game called Battle Ball, but Marge and Principal Skinner believe that Bart is dealing drugs.[1]

The episode was written by Carolyn Omine and William Wright and directed by Chris Clements, features guest star Jane Kaczmarek as Judge Constance Harm, Maurice LaMarche and Joe Mantegna as Fat Tony and has references to the television shows Starsky and Hutch, Three's Company, and Bakugan Battle Brawlers. "Chief of Hearts" received mixed to positive reviews from critics and came first in its timeslot.

When Homer attempts to smuggle a candy apple into a bank, he is mistaken for a bank robber and sentenced by Judge Constance Harm to community service. While completing his community service, Homer offers Chief Clancy Wiggum a sandwich. Wiggum is touched by the offer, and the two become instant friends. The two spend more and more time together, and Clancy confesses to Homer that he has very few friends. Their "moment" is interrupted when the chief must rush to a robbery, where Clancy is shot by a thug in Fat Tony's mob. Homer keeps a bedside vigil in the hospital until Clancy awakes, but grows tired of Clancy's neediness and goes to Moe's for a break. When Clancy finds him there, he declares Homer to be a bad friend and demands to Eddie and Lou arrest him, but when they refuse (since that being a "bad friend" is not unlawful) Wiggum yells at them and storms away. Neither police officers Lou nor Eddie can find the chief, but Homer finds him on the same hillside where they first hung out together. When they spot Fat Tony and his mob counterfeiting Lacoste shirts, Homer and Clancy are captured and thrown in the trunk of Tony's car. The situation seems hopeless, but Homer reveals that he has faith in Clancy to find a way out. Clancy rearranges the CDs and when "At Seventeen" by Janis Ian plays instead of a dramatic song it angers Tony. When he goes to confront Homer and Clancy, the two make their escape. They reconcile and proceed to hassle Ned Flanders with the police helicopter. (They shine the spotlight into Ned's bedroom window and Flanders believes it is God. He still believes it when Homer, using a megaphone, tells him to do things like take off his clothes, shave his mustache and drink the shavings in cold cocoa to prepare for the impending Rapture)

Meanwhile, Bart is introduced to a Japanese card game called "Battle Ball" at Dylan's birthday party. While it is never resolved whether Dylan is male or female, Bart becomes hooked on this game. His jargon and secretive behavior lead Principal Skinner to suspect Bart of dealing drugs. Marge cannot believe that Bart would become involved with drugs, but she becomes suspicious and searches his room. When he catches her rifling through his things, he shows her his Battle Ball gear and she is satisfied that his interests are legal. Bart is horrified, though, that Marge thinks the game is cute and decides to flush it down the toilet, causing it to overflow. 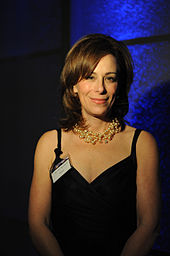 The episode was written by Carolyn Omine and William Wright and directed by Chris Clements. The episode features guest appearances by Jane Kaczmarek as Judge Constance Harm, Maurice LaMarche and Joe Mantegna as Fat Tony. Sideshow Bob makes a cameo appearance at the end.[1]

During the episode an episode of Starsky and Hutch can be seen.[2] Also Edward G. Robinson is seen.[3] Bart's subplot parallels the South Park episode, "Chinpokomon" and the sitcom Three's Company.[2] " The game Bart and his friends play is a parody of Bakugan (one of the kids says it makes Digimon look like Pokémon due for the fact that Digimon creatures kill each other off during a battle unlike Pokémon.).[3] When Wiggum tells Krusty to go sort out the bums we see one of the bums is John Swartzwelder .

This episode was watched in 5.93 million households and a 8-49 Nielsen Rating of 2.7 and a share of 8% coming first in its timeslot.[4] The episode ranked 24th in the weekly 18-49 rating dropping four positions from last weeks, "American History X-cellent".[5]

The episode received mixed to positive reviews. The positive reviews include Robert Canning of IGN, who gave the episode a positive review and a 8/10, and stated "There was a lot to enjoy in 'Chief of Hearts'. Pairing Homer with Wiggum had not been something overdone by the series, so having the two at the center of the episode had a certain freshness to it. The story maybe not so much, but the pairing worked." He also mentioned that "Bart's 'Battle Balls' storyline was also fun, even though there was absolutely nothing to it."[2] Todd VanDer Werff of A.V. Club gave the episode a A- saying "A lot of latter-day Simpsons episodes do this to goose the climax, since the ending of a Simpsons episode, even a good one, is usually its weakest point. This was no exception, so that keeps the episode from the heights of some of the others this season, but it's nice to see the show try new things every once in a while".[6]

The mixed reviews include TVFanatic.com who gave the episode 2.5/5, stating "It's shocking that a Simpsons episode that focused on a friendship between Homer and Clancy would be so mediocre. If the main story wasn't disappointing enough, the side story with Bart becoming addicted to Battle Balls is barely worthy of mention."[7] Ariel Ponywether of Firefox News gave the episode a C+, stating "The episode's biggest fault is that it's only somewhat funny. There are only a scattering of laugh-out-loud lines, but nothing special or memorable." She also mentions that "Bart’s section of the plot is a flop – it has no resolution of any note."[8] Jason Hughes of TV Squad said " Homer Simpson and Clancy Wiggum becoming BFFs should have been comedy gold; instead, this episode of 'The Simpsons' was a colossal bore. It seems like everything hilarious you can do with the Springfield police - high-speed car chases, putting squirrels down your pants for the purpose of gambling - has already been done. They never even go out for donuts!"[3]