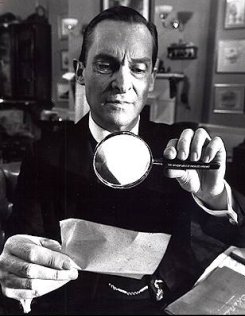 Brett was born at Berkswell Grange in , , , UK and was educated at . Brett later claimed that he was an "academic disaster" at Eton and attributed his learning difficulties to . However, he excelled at singing and was a member of the college choir.

He was briefly considered by and for the role of in "On Her Majesty's Secret Service" after quit the series in 1967, but the role went to Australian instead. A second audition for the role of 007 for "Live and Let Die" was also unsuccessful as won the coveted part.

From the early 1960s, Brett was rarely absent from British television screens. He starred in many serials, notably as in the 1966 adaptation of "". A few of his appearances were in comedic roles, but usually with a classic edge, such as Captain Absolute in "". In 1973, Brett portrayed Bassanio in a televised production of 's "", in which portrayed and Portia. (Brett, Olivier and Plowright had previously played the same roles in a production of the play.) Brett joked that, as an actor, he was rarely allowed into the 20th century and "never" into the present day.

Although Brett's feature film appearances were relatively few, he did play Freddie Eynsford-Hill in the 1964 blockbuster film version of "My Fair Lady". His singing voice was dubbed in the film, but Brett could still sing, as he later proved when he played Danilo in "" on British television in 1968.

Notable in all of Jeremy Brett's roles is his precisely honed diction. Brett was born with a speech impediment that kept him from pronouncing the "R" sound correctly. Corrective surgery as a teenager, followed by years of practising, gave Brett an enviable pronunciation and enunciation. He later claimed that he practised all of his speech exercises daily, whether he was working or not.

Although he appeared in many different roles during his 40-year career, Brett is now best remembered for portraying in the 1984–94 series of films, adapted by John Hawkesworth and other writers from the original stories by Sir (see "The Adventures of Sherlock Holmes"). Even though he reportedly feared being typecast, Brett appeared in 41 episodes of the Granada series. After taking on the demanding role, Brett made few other acting appearances and he is now widely considered to be the definitive Holmes of his era, just as was during the 1940s. Interestingly, Brett had played on stage opposite as Holmes in the 1980 Los Angeles production of "", making him one of only three actors to play both Holmes and Watson professionally (the other two are , Watson in the 1932 film "" and Holmes in 1933's "" and , Watson first in 1976's "" and Holmes in 1993's "").Fact|date=November 2007

Brett suffered from (commonly known as manic depression), which worsened after the death of his second wife, Joan Wilson, on 4 July 1985. She died shortly after Brett finished filming Holmes’ "death" in "The Final Problem". He took a break from filming the "Holmes" series. When he returned to film new episodes in 1986, however, grief and the stressful shooting schedule aggravated his disorder.

He suffered a full-blown manic depressive crisis and was hospitalized. During the last decade of his life, Brett was treated in hospital several times for his mental illness, and his health and appearance visibly deteriorated by the time he completed the later episodes of the " Sherlock Holmes" series. During his later years, he discussed the illness candidly, encouraging people to recognise its symptoms and seek help.

There were plans to film all the Holmes stories, but Brett died of at his London home before the project could be completed. Brett's heart had been damaged by a childhood case of and was apparently further weakened by his heavy smoking. In an interview, (the second actor to play in Brett's "Holmes" series) claimed that Brett would buy 60 cigarettes on his way to the set and smoke them all throughout the day. After his heart problem was diagnosed, Brett reportedly quit smoking for a short while, but began smoking again shortly before his death at the age of 61 on 12 September 1995.

wrote in a "" obituary "Mr. Brett was regarded as the quintessential Holmes: breathtakingly analytical, given to outrageous disguises and the blackest moods and relentless in his enthusiasm for solving the most intricate crimes." [ [http://query.nytimes.com/gst/fullpage.html?res=990CE7D6163DF937A2575AC0A963958260 "Jeremy Brett, an Unnerving Holmes, Is Dead at 59"] by Mel Gussow, "", September 14, 1995, p. B15] Jeremy Brett's final, posthumous on-screen credit was as the "Artist's Father" in "", with in the title role. This American feature film (not to be confused with the ITV adaptation starring ) was released in the summer of 1996, nearly a year after Brett's death.

In 1958, Brett married the actress (daughter of ),but they divorced in 1962 when he left her for a man. [citation|title=A very Massey business|publisher=Daily Mail|date=Mar 3, 2007|author=Mary Riddell|pages=15] Their son, , born in 1959, is now a successful British cartoonist, illustrator and novelist.

Years later, Brett and Massey appeared together in the 's dramatization of "Rebecca" (1978), with Brett playing the haunted hero, Max de Winter, and Massey playing the sinister housekeeper, Mrs Danvers. (David Huggins also played an uncredited bit part in the film.). In 1991 Brett and Anna Massey's brother Daniel Massey appeared in an episode of series. In 1977 Brett married American producer , but she died of in 1985. Brett was devastated by Wilson's death and did not marry again. Brett was related to another noted British actor, ; Clunes' mother was Brett's first cousin.