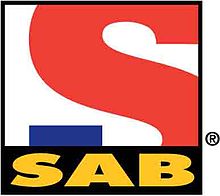 The show is produced by JD Majethia and Aatish Kapadia from Hats off Productions and co-produced by Rajesh Kumar, Ashish Khurana and Rajat Vyas from 3 cheers production.

Chintu is a simple, innocent, guy-next-door who’s loved in and around his neighborhood. The family has high expectations from Chintu. He is popular in his college and in his mohalla and has the status of a leader that he needs to live up to many times.

Suman aka Chinki is an idealistic and independent-minded person but very soft and kind at heart. She will impart a lesson to an elder but softly. She has a sense of humour and a need for romance but within her own value system. Chinki believes in gender equality. She loves her grandmother who herself is a die-hard romantic. She is very clear that she needs to marry a guy who measures up to her father in thoughts and values. It is Suman’s journey from a nuclear family to a large joint family of Chintu after marriage that brings us the sweet and simple joys of life.

Bholi Devi is soft spoken. Everyone calls her MAA. The children call their own mothers Mummy. She has a healing touch on the kids of the house. She is totally into her vegetable world and always has conversations with references of vegetables. Unlike her husband, she is spontaneous in life, full of life and lives in moment. According to overcautious Kanwal, she is a bit too easy going or careless at times. Her philosophy is that “Kanha ne paida kiya hai to wahi sab dekh le ga.”

Dulari is a straight-faced and constantly worrying mother of Chinki. Chinki and Dulari are poles apart. Kamlakar cares for her a lot and tries to justify and explain to her that it is sometimes good to enjoy life to the fullest. He also pulls her leg when he sees her turn pessimistic.

Everyone always seems to be asking her for clothes as she is in charge of clothes and linen.Is always seen around washing clothes. Always knows the A-Z of fabric, family calls her Kapde chachi due to this very reason.She Hates the mess her husband makes especially in his room and keeps throwing it out.

He is obsessed with naturopathy/homeopathy, yoga, and home remedies. Hriday always is trying to invent or find an all-curing aushadi leaving behind a mess for his obsessive complexive wife. He sometimes gets stuck in new ‘aasana’ positions on the roof and has to be rescued. The kids of the house and neighbourhood rush to him with imaginative aches and fever just to get his sweet homeopathic pills.

Everyone ties Rakhi to him even Bholi, and he is the busiest on rakhi. Likes to get involved in everyday affairs of everyone. Is a Narad Muni. He wants to do good but will seek fun at the expense of someone who acts like knows too much. He is known to and by both families.

A very loving modern father who loves his daughter more than his son. He is scared of his mother and behaves like a son in front of her. He is a very shaukeen kind of man who likes to possess good things, not to show off but as a person who appreciates beauty. He is a lawyer but will not represent a criminal or an anti-social element. His mother chides him on this fizul kharchi.

A man of few words. Double checks everything from the currency notes in the bank as a teller to the night latch, water taps at home. A perfectionist to the core. Plans everything to the last detail. Loves fun and provides the same to family but misses it having himself. Talks mostly in mono syllables. Though not strict, the members of the house fear him. Always mouths philosophical lines on traditional wisdom.

Chintu’s bhakht, best friend and chamcha. Will create a lot of misunderstanding in the Chintu Chinki track leading to a lot of fun.

Luv & Kushi are the sons of Hriday and Gargi. They are twins who do not look like each other.

Manju is Chintu’s sister. She is super talkative and such a bad singer that her family runs for cover when she starts singing.

Murli Kaka came to the house at the same time as Saraswati came as a bride. Always seen arguing with Dadi. Calls her emotional blackmail a bluff. He has saved and invested his salary in land and is rich and keeps on lending money, even to his boss. His dream is to retire, but that is a lie.

Never been to the West but is obsessed by it. Bachelor by choice. In Dad’s presence he will provide a justification for Indian traditions. He is obsessed with technology but finds himself handicapped when faced with new age laptops, mobile phones and even ATMs.

Navjeevan runs an outlet of ‘National and International Courier Company’ and products coming in give him half-baked notions of things.

Son of Chanda and Chandresh. Chanda is Chintu’s Bua. Most of the time seen in the household.

Dadi believes in signs in the surroundings and gives predictions accordingly. Only Chinki believes in her signs. Prone to emotionally blackmail her son and everyone saying, “theek hai jo karna hai karo, main hoon hi kitne din.” The most romantic and the most lively person in the house. It is her initiative that pushes Chinki towards Chintu.

Dadaji is a silver-haired patriarch of the joint family who rules it with an iron hand. His decisions are final. Everybody in Bhopal knows and fears him. He has actually received letters addressed to just Swantatra Swabhav Dwivedi, Bhopal. He is always dressed in a dapper fashion, kadak dhoti, kadak kurta and his trademark umbrella.

Dadaji, who is seemingly almost perfect, has has a sweet tooth and diabetes. Dadaji spends a good part of his time trying to steal sweets. But almost everyone knows that Dadaji is not supposed to eat them.

The series is an old-world romance set in the present time in Bhopal. Chintu is an innocent, slightly overweight boy who is destined to get married at 23 like everyone in his large joint family which has 13 members including him. The number is inherently not lucky and therefore they have already started to look for a match for him, and he is to be married off just after passing out.

In such a large family important decisions in life are taken by everyone else except for the concerned party. So Chintu is not looking for a romance and has accepted the fact that he will be getting married soon until he literally bangs into Chinki and falls head-over-heels in love with her.

Chinki comes from a small nuclear family. Her grandmother and their old loyal servant are the two other members apart from their family planning style family of four: mother, father, brother, sister. She is therefore more used to taking her own decisions although she is influenced by her grandmother who is a modernist and a romantic. She prompts Chinki to fall in love which by their small city standards is quite a forward thing to do.

The love story has its own share of hits and misses, confusions, love triangles and quadrangles, ups and downs — all quintessentially small town — stolen glances, first love letters, family cabin dates in restaurants, stolen dates in parks and, of course, family opposition.

Small incidents (mostly funny ones) related to or occurring in the show are featured in comic strips. These are published in newspapers and other such places mainly for the advertisement.