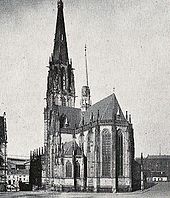 City Church may be: