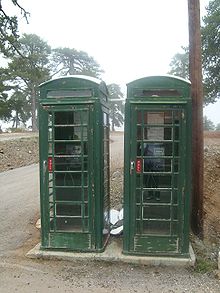 The Cyprus Broadcasting Corporation (CyBC) (Greek ΡΙΚ) is the main broadcaster in Cyprus, although there are also privately owned radio and TV stations. A TV channel from Greek state broadcaster ERT is also available. The British Forces Broadcasting Service also operates radio and TV stations, although the TV signal is now confined to the Sovereign Base Areas or encrypted for copyright reasons.

Subscriber TV: The first subscription channels in Cyprus were LTV and Alpha, offered by Multichoice since the mid-90s. Some major platforms today are:

ADSL technology (up to 8 Mbit/s) is available in most urban and sub-urban areas. In several areas cable connections (up to 10Mbit/sec) are also available.