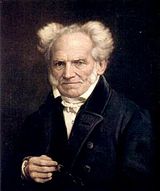 Schopenhauer said: "Man is free to do what he wills, but he cannot will what he wills." The Compatibilist calls this limited freedom 'free will'.

This page discusses a philosophical view on free will. See other uses of the term Compatibility.

Compatibilism is the belief that free will and determinism are compatible ideas, and that it is possible to believe both without being logically inconsistent.[1] It may, however, be more accurate to say that compatibilists define 'free will' in a way that allows it to co-exist with determinism (in the same way that libertarians define 'free will' such that it cannot). They may understand free will to refer to something like liberty (e.g., a freedom to act according to one's determined motives). In contrast, the incompatibilist positions are concerned with a sort of "metaphysically free will," which compatibilists claim has never been coherently defined.

Compatibilism was championed by the ancient Greek Stoics and early modern philosophers like David Hume and Thomas Hobbes.

Compatibilists (aka soft determinists) often define an instance of 'free will' as one in which the agent had freedom to act. That is, the agent was not coerced or restrained. Arthur Schopenhauer famously said "Man can do what he wills but he cannot will what he wills". In other words, although an agent may often be free to act according to a motive, the nature of that motive is determined. Also note that this definition of free will does not rely on the truth or falsity of Causal Determinism. 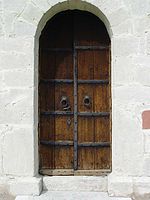 Saying "there may be a person behind that door" merely expresses ignorance about the one, determined reality

The Compatibilist will often hold both Causal Determinism (all effects have causes) and Logical Determinism (the future is already determined) to be true. Thus statements about the future (e.g., "it will rain tomorrow") are either true or false when spoken today.

Hume adds that the Compatibilist's free will should not be understood as some kind of ability to have actually chosen differently in an identical situation. The Compatibilist believes that a person always makes the only truly possible decision that they could have.[2] Any talk of alternatives is strictly hypothetical. If the compatibilist says "I may visit tomorrow, or I may not", he is not making a metaphysical claim that there are multiple possible futures. He is saying he does not know what the determined future will be.

See also: Free will in theology

Compatibilists often seek to reconcile free will with predestination of all events specifically to allow for a God's omniscience. This is again accomplished by the typical Compatibilist definition of 'free will' as 'freedom to act'.[citation needed]

Compatibilism in this context holds that the religious concepts of God's sovereignty and the free will of man are not mutually exclusive. The all-knowing God (who sees past, present, and future simultaneously from the perspective of eternity) created human beings (who have the subjective perception of making choices in the present that have consequences for themselves and others in the future) in such a way that both are true: God is ultimately sovereign and therefore must have at least permitted any choice that a human could make, but at the same time God is right to hold humans accountable because from their perspective within the confines of serial time, humans make moral choices between good and evil.[3][unreliable source?] This route to reconciliation may not be entirely successful, however. Examples of criticism include the argument from free will, and perhaps the Problem of Hell.

The Compatibilist might argue that determinism is not just compatible with any good definition of free will, but actually necessary. If one's actions are not determined by one's beliefs, desires, and character, then how could one possibly be held morally responsible for those actions?

Invalid use of 'free will'

Compatibilism has much in common with so-called 'Hard Determinists', including moral systems and a belief in Determinism itself

Faced with the standard argument against free will, many compatibilists choose determinism so that their actions are adequately determined by their reasons, motives, and desires.[4] Compatibilists are sometimes accused (by Incompatibilists) of actually being Hard Determinists who are motivated by a lack of a coherent, consonant moral belief system.

Compatibilists are sometimes called "soft determinists" pejoratively (William James's term). James accused them of creating a "quagmire of evasion" by stealing the name of freedom to mask their underlying determinism.[5] Immanuel Kant called it a "wretched subterfuge" and "word jugglery."[6] Ted Honderich explains that the mistake of Compatibilism is to assert that nothing changes as a consequence of determinism, when clearly we have lost the life-hope of origination.[7]

Another point of contention is whether the Compatibilist's definition of 'free will' as a sort of 'freedom to act' successfully confers Moral responsibility for one's actions. Compatibilists say that it does, and further argue that some measure of Determinism may be necessary for the dynamism of responsibility (the ability to share, transfer, and mitigate responsibility).