“Cry! Cry! Cry!” is a song that was written and performed by singer/song writer, Johnny Cash. The song was originally released in 1955 and entered the charts at #14.[1] The early success of the song led to a featured spot on the Louisiana Hayride Tour and kicked off the career of Johnny Cash in the process.[2] The song sold over 100,000 copies alone in the southern states. Cash then began to tour with Elvis Presley (among other artists from the record business) soon after its release.[3]

In 1954, before the release of the song "Cry! Cry! Cry!," Cash signed with Sun Records after he came home from serving with the United States Air Force.[4] During that time, he wrote the song “Hey Porter” which was met with little excitement from the executives at his record label. He was then told to come back with a song that Sun Records owner, Sam Phillips, would be able to sell.[5] Cash went home and wrote the song "Cry! Cry! Cry!" overnight and came back and performed it to Phillips the following day. The song was then coupled with "Hey Porter" and released as the B-side of the record. For the recording of the song, Johnny Cash was backed by "The Tennessee Two", Luther Perkins on guitar and Marshall Grant on bass.[1]

Appearance in Walk the Line

The fact that it was Cash's first successful tune was mentioned several times in the dialogue of the 2005 film, Walk the Line. While it appeared on the film's soundtrack album, it was not performed in the film (two deleted scenes show the Johnny Cash character, as played by Joaquin Phoenix, composing the song in the basement of his house and later listening to it on the radio). 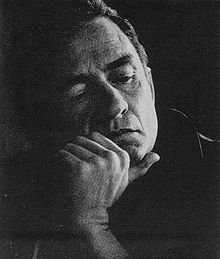 Marty Stuart released a cover of the song in 1989; his version peaked at #32. Third Eye Blind have also covered the song in a rare recording with Merle Haggard.

Elvis Costello released a cover of this song in 1982 as the B side to "I'm Your Toy".

For the Johnny Cash tribute album All Aboard: A Tribute to Johnny Cash (released in October, 2008), the Canadian punk rock band The Flatliners did a cover of this song as well.

Norah Jones covered the song; her version was included on the bonus CD Live at The Living Room, available with the album The Fall (2009) in Japan and in the U.S. through iTunes and Target.