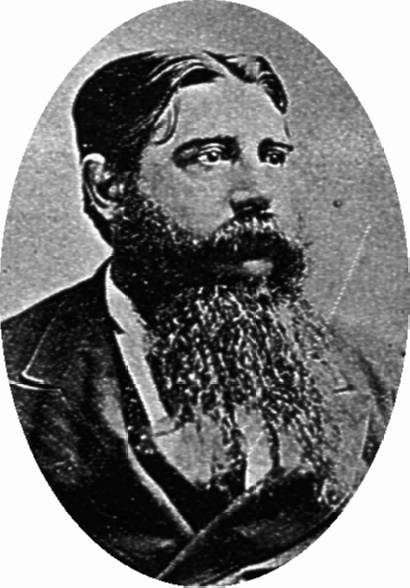 Sir Julius Vogel, KCMG (, - , ) was 's only practicing ish . His administration is best remembered for the issuing of bonds to fund construction and other public works.

He first became involved in politics in 1862, when he was elected to the provincial council of Otago, and four years later became the head of the provincial government, a post which he held until 1869.

In 1863 he was elected a member of the New Zealand House of Representatives, and on retiring from the provincial government in 1869 he joined the Fox ministry as colonial treasurer, afterward becoming successively postmaster-general, commissioner of customs, and telegraph commissioner. The Fox ministry having been forced to resign, Vogel carried a vote of no confidence in their successors, and in October 1872, returned to power as leader in the Lower House, colonial treasurer and postmaster-general.

He was premier from 1873 to 1875 and again in 1876. From 1876 to 1881 he was agent-general for New Zealand in London, and in 1884 was again a member of the government of the colony. During his political career, Vogel worked for reconciliation with , an effort generally regarded to be successful. In 1887, he introduced the first Women's Suffrage Bill to Parliament, although suffrage was not granted until 1893. He was knighted in 1875. He finally gave up colonial office in 1887, from which date he lived in England.

He is best remembered for is his "Great " scheme of the 1870s. Before 1870, New Zealand was a country largely dominated by provincial interests and pork-barrel politics. After Vogel, as colonial treasurer, proposed borrowing the massive sum of 10 million pounds, New Zealand developed significant infrastructure of roads, railways and communication, all administered by central government. This ultimately led to the end of provincial government in 1876.

He is also noteworthy as one of the few practicing Jewish prime-ministers outside Israel. Sir Francis Henry Dillon Bell, a non-practicing Jew, would later serve as New Zealand's prime minister.

Vogel is reputed to be the first New Zealander to write a novel, "", published in 1889. It anticipated a utopian world where women held many positions of authority, and in fact New Zealand became the first country to give women the vote, and since 1998 has continuously had a female Prime Minister, while for a short period (2005-2006) all five highest government offices (Queen, Governor-General, Prime Minister, Speaker of the House and Chief Justice) were simultaneously held by women.

On his passing in 1899, Julius Vogel was interred in in London.

* The s for science fiction writing.
* Suburbs named "Vogeltown" in and .
* , the former official residence of New Zealand Prime Ministers for most of the 20th century.
* Vogel Building in Wellington built for the Ministry of Works, now housing much of the Ministry of Justice.