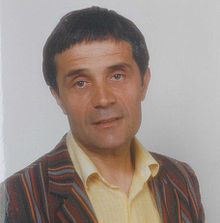 Denis Buican (Dumitru Buican-Peligrad under its original Romanian name), born December 21, 1934 in Bucharest, as a son of Dumitru Peligrad, boyard and philanthropist, is a French scientist of Romanian origin and a bilingual writer, biologist, philosopher and historian of science.

Pioneer of Romanian radio-genetics (his first studies focused on the influence of electricity on the life of plants), agronomist (1956), Doctor (Ph.D) in Genetics (1961), then a professor at the University of Bucharest, he fought theories of Lyssenkoism, imposed by the ex-USSR in the former so-called “popular democratic” countries of Central and Eastern Europe, after 1948 (his laboratories were destroyed three times and himself was banned from the university in the late 1950s).

In his first book, published in Romanian, in 1969, General Biology, Genetics and Improvement, Denis Buican did not hesitate to formally address the Lyssenkoism as repressive political and social campaigns undertaken in science and agriculture by the powerful Stalinist director Lyssenko and his followers, starting year 1920.

Naturalized French in 1972, he undertook a work of historian and philosopher of science, embodied by his thesis of Doctor (Ph.D) of State (1983), History of Genetics and Evolutionism in France, the first true history of this science published in France. In 1989, his book The Revolution of Evolution gets a Grand Prize of the French Academy. In 1997, he presided over the "Biology and Medical Science" of the twentieth International Congress of History of Science (Liege, Belgium).

Professor of history of science at the French University of Paris X-Nanterre (1983–2003), he is the author of a new theory of evolution, the “Synergistic Theory of Evolution”.

He also developed a new theory of knowledge, the “Bio-gnoseology”.

Writer of Romanian and French languages, Denis Buican has published several collections of poems, as sensitivity original works close to poems written by Romanian poets Lucian Blaga and Tudor Arghezi. Haunted by nothingness, these short poems, very dense, open up a universe that is not unlike that of Romanian philosopher Emil Cioran.

Biologist and theorist of evolution After the invasion of Romania by the Red Army of the ex-USSR (starting 23 August 1944), Dumitru Peligrad is placed under house arrest, but refused to submit to regular police checks. Although it belongs to a class deemed "unhealthy" by the communist regime then, the young researcher was a brilliant undergraduate at the University of Bucharest.

In 1955 he founded the first radiobiology laboratory of Romania and, the following year, he graduated this university as an agricultural engineer. Fighting tirelessly Lyssenkoisme’s theories (which caused to his lab to be destroyed three times in 1956, 1960 and 1962), he continues his research on plants’ resistance to cold and on the heterosis (or hybrid vigor) for hybrids of Zea mays (the maize). His works, which were initially the subject of a first doctorate (Ph.D) thesis, in natural science (defended and published in Bucharest, Romania, in 1961), will be extended, completed and introduced, after his arrival in France, in a second doctoral thesis (defended and published at the Faculty of Sciences, in Paris, France, in 1970).

Theorist of biology, Denis Buican has developed a new model called “Synergistic Theory of Evolution”. It updates and complements the previous “Synthetic Theory” having in view that the natural selection underlined by Charles Darwin is to be applied only to phenotype, so that certain phenomena (such as lethal mutations) were not sufficiently taken into account by this old model. Buican’s theory and model have introduced "a new concept in the evolutionary and hereditary process - i.e the pre-selection genotyping” - which may be defined as “the natural operation which eliminates a priori, to genotype level, any genetic combination or mutation which is unfit for the survival of it" (The revolution of evolution, 1989). Guided by the “Systems Theory” of Ludwig von Bertalanffy, the Buican’s theory envisages a synergistic multi-poles selection which would be able to act within every living (from the atom to human being).

Philosopher and historian of science Visiting professor at the Sorbonne University (1969–1974), senior lecturer at the University of Dijon (1974–1980) and at the University of Paris I (1980–1983), Denis Buican teaches Philosophy and History of biological sciences, while preparing a third (state) doctoral thesis on the history of genetics in France, under the direction of Jacques Roger.

Philosopher of sciences, he redefines notably the place of chance in evolution, in departing positions adopted by Jacques Monod: beyond the absolute chance postulated by the Nobel Prize, he introduces an "oriented chance" (called "evolving orthodromic") and considers (in “Chance, necessity and logic of living", La Nouvelle Revue française, 225, 1971) the opportunities to be offered by genetic manipulation – which will be confirmed by the first genetic engineering work done in 1974.

Denis Buican has also developed a new theory of knowledge, called Biognoséologie, which attempts to exceed the Kantian distinction between phenomena and noumènes (those “things by themselves" which, according to Kant, can not be investigated by human beings) : based on ethology’s data and on advances in molecular biology, he considered the so-called "relative noumènes", which would likely capture a probable reality.

Historian, based on the epistemological model of Thomas Kuhn (The Structure of Scientific Revolutions, 1962), he also considered the introduction of Genetics in France as a "run with obstacles": the science of Heredity was accepted only in 1945, not without some resistance opposed by biologists themselves, most of them being attached to Néolamarckisme. He is also the author of an essay, The eternal return of Lyssenko (1978) dedicated to the interpretation of Lyssenkoisme: denouncing the theories of the philosopher Dominique Lecourt (author of the essay Lyssenko published in 1976), which denied any liability to Marxism in the emergence then the triumph of Stalin’s Lyssenkoisme theses, on the contrary he shows that the roots of Lyssenkoisme are to be found in the messianism and determinism of Marx and Engels.

Becoming a professor at University of Paris X – Nanterre, in 1983, Denis Buican devoted most of his research on the history of Darwinism, Evolution and Genetics, he publishes many books.

A free man Without illusions about Western democracies - which he did not consider to be truly democratic and readily qualified them as being only "police- and plutocratic demagogies" - he calls, on contrary, for an open, meritocratic society, based on the principles of power separation and reciprocal control of powers (according to Montesquieu), on the respect for the individual value and on equal opportunities. Probabilistic, he wished that the human society will enable everyone to freely and fully develop her/ his hereditary potential. Very critical in respect to the French university system - which he readily denounces as having a clan structure, attitudes and behaviors - he considers that "a society aiming to be simultaneously equitable and efficient does require a selective - and even a micro-selective - educational system being able to offer to everyone, from cradle to the grave, the possibility to develop herself / himself without any discrimination of class or race, of religion or customs, as far as her/ his genetic heritage does allow."(The university as sacred mad cow of the Republic, Paris, F.-X. de Guibert, 2004, p. 127).

Epistemology and History of science