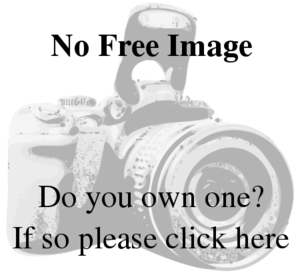 Loose Ends was a successful English R&B band that had several hits. The trio was formed in in , initially comprising and Carl McIntosh, Jane Eugene, and keyboard player, writer and founder Steve Nichol. The latter two left the group in , bringing an end to the band's most successful phase.

The group was originally called Loose End, and signed with in . Their debut material was written for them by Chris Amoo and Eddie Amoo, who had had success of their own in the s, with their group The Real Thing. The trio changed its name to Loose Ends in and signed with the American MCA label in .

The Group was founded by Steve Nichol after he left the prestigious London where he was classically trained. Most of the band's material was written and supplied by Nichol. Nichol auditioned McIntosh at a bar in central london and found Eugene through a college fashion show. They achieved their first success with "Hangin' On A String (Contemplating)" in 1985, which reached #13 in the UK. They reached #16 with the single "Magic Touch" in the same year. The disc was produced in the U.S., as was their 1986 hit "Slow Down" (later used as the theme song for 's "Soul in The City" program). Later that year, a track they had written and produced for , "Let Me Be The One," reached number two in the same listings. Subsequent falling sales saw the threesome notch up their final transatlantic hit in 1988 with "Watching You".

The group shuffled its line-up in due to differences in musical direction for the group, with Eugene & Nichol wanting to remain true to the groups sound and McIntosh wanting to be more experimental. Jane and Steve decided to leave, and were replaced by joined by Linda Carriere and Sunay Suleyman. For the release of what turned out to be the final studio album released under the Loose Ends name, "Look How Long", which featured their final big hit single, 'Don't Be A Fool', a song that reached high on the R&B charts in the UK and United States in 1990. McIntosh himself went on to work behind the recording desk following the group's peak popularity, but the new trio soon disbanded. He has since produced several artists' work, most notably that of .

In 1998, all three original members of the group reunited and appeared on a single by called "Take Your Time". They also appeared in the music video for the track.

NOTICE OF FALSE ADVERTISEMENTCarl McIntosh has continued to perform under the ‘Loose Ends’ name, without Steve Nichol & Jane Eugene, and unfortunately, without informing the many loyal Loose Ends fans, even going as far as advertising the so called Loose Ends performances with images of Steve & Jane. This false advertising has repeatedly resulted in Loose Ends fans being misled into purchasing tickets under false pretences.

Any use of the original Loose Ends images (that include Steve Nichol and Jane Eugene), for the purpose of advertising performances and/or personal appearances, have been done so without permission.

"Hangin' On A String (Contemplating)" is featured in the game .