Panasonic Electric Works Co., Ltd. (パナソニック電工株式会社?, named "Matsushita Electric Works, Ltd. (松下電工株式会社?, MEW)" until September 30, 2008) can trace its beginnings to a company that was founded in 1918 by Konosuke Matsushita. Matsushita began making the flashlight components for bicycles, then progressed to making lighting fixtures. 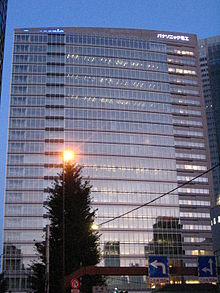 On July 29. 2010 Panasonic reached an agreement to acquire the remaining shares of Panasonic Electric Works and Sanyo shares for $9.4 billion. [2][3][4]