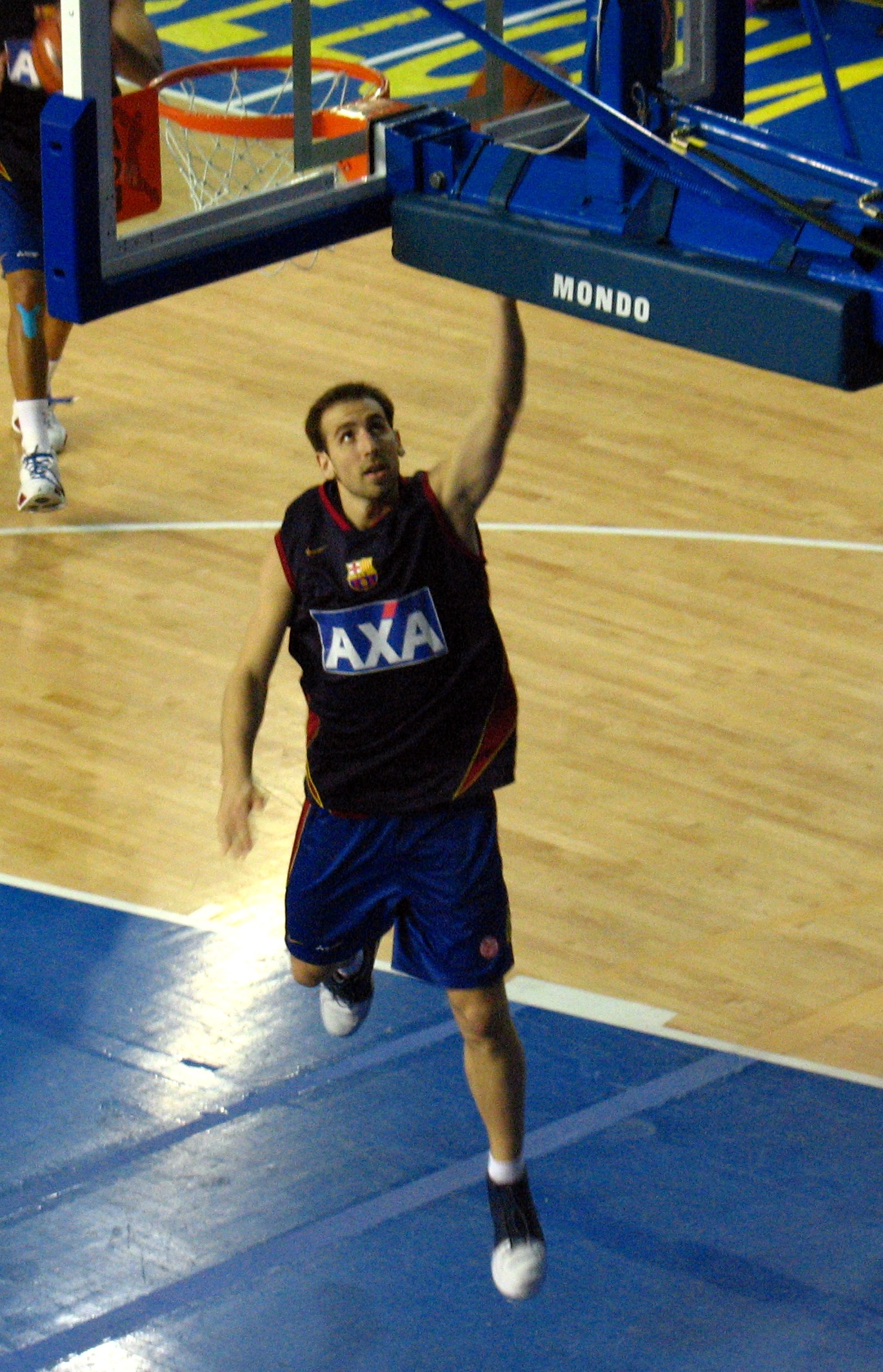 Juan Ignacio Sánchez Brown, also known as Pepe Sánchez (born in ) is an Argentine professional player, and for Spanish league club power Real Madrid and 's 2004 Olympic basketball Tournament champion Argentine basketball team. Pepe Sánchez (1.93 metres, 6 feet 4 inches tall) was the first Argentine to play in the NBA, though he only played three unsuccessful seasons, with the (5 games) (24 games), (9 games) and the , averaging only 5 minutes per game.

At age 12, he began playing for the youth team of Club Bahiense del Norte, together with future NBA star Emanuel Ginóbili. At age 17 he moved to for the 1994/95 season of the Argentine League, where he played point guard. The following year, he accepted a scholarship offer from in Philadelphia, but stayed in Argentina during the 1995/96 season, playing for .

After his participation in the 1996 Youth Panamerican Tournament in , where he represented Argentina's national basketball team, he moved to Philadelphia where he played for the college team for 4 years under Hall of Fame coach John Chaney, and finished his career as the #2 player in the NCAA in steals. As a junior, the crafty point guard guided the Owls to an appearance in the Elite Eight, where they fell to Duke. Despite averaging only 5.6 points per game as a senior, he was named a Third Team All-American by the Associated Press. He earned a degree in history at Temple in 2000.

Sánchez's performance at the 2006 FIBA World Basketball Championship was quite satisfactory, with the Argentine press choosing him as the most outstanding player in the team [ [http://www.clarin.com/diario/2006/08/25/conexiones/t-01259041.htm Voto de confianza ] ] .

In , Sánchez won the championship in the season while playing with the Greek League club Panathinaikos, and he became the second best point guard in the Spanish League with Etosa AlicanteFact|date=February 2007. He transferred to Spanish Unicaja Málaga in , with whom he won the 2005/06 ACB League; Unicaja's first Spanish League title. After three years at Unicaja, he left as a free agent when his contract expired at the end of the 2006-07 season. [cite web|url=http://www.unicajabaloncesto.com/leer_noticia.php?id_not=4309 |title=Despedida de Pepe Sánchez |publisher=Baloncesto Málaga |language=Spanish |date=2007-06-22 |accessdate=2007-06-29] On , he signed with FC Barcelona. [cite web|url=http://www.euroleague.net/news/i/14895/180/item |title=AXA F.C. Barcelona lands passing wizard Sanchez |publisher="Euroleague.net" |date= |accessdate=2007-09-21]

Since he also possesses Spanish citizenship, his inclusion on the roster of any Spanish team does not count towards the foreign player intake limit allowed to teams in that country, or to teams anywhere in the (see for the reason).