It is ranked as one of the 3 "A" level national domestic leagues in European basketball by the ULEB League Rankings System. It consists of 13 teams and runs from October to June, with teams playing 26 games each during the regular season, and the top 8 teams then competing in the playoffs. The first official Greek Basketball Championship was held in the 1927-28 season.

Basketball first came to Greece in the year 1910. By the 1927-28 season, the first official championship began. There have been four different official championship eras. The first era was the Panhellenic Championship (Πανελλήνιο Πρωτάθλημα), which lasted from the 1927-28 to 1962-63 seasons, when the champions of every regional district played each other to decide the Greek Champion. The second era started in the 1963-64 season, when the A National Category (Α' Εθνική Κατηγορία) was founded.

The Greek League has been one of the most competitive basketball leagues in Europe through the years and it was widely regarded as the second best national league in the world after only the NBA in the 1990s decade. It currently ranks among the best national domestic leagues in the world (excluding the NBA), such as Liga ACB in Spain and Lega A in Italy. It is considered one of the 3 European "A" level leagues under the ULEB League Rankings System. The league has several great powers which belong to the most traditional European basketball clubs, especially the Euroleague giants Panathinaikos and Olympiacos. Other clubs that have had significant successes throughout the history of Greek basketball are AEK Athens and Aris. Along with PAOK, the aforementioned clubs are the most successful and widely supported in Greece.

Despite the championship having been contested 71 times, only nine different clubs have won it so far. The dominating club has always been Panathinaikos, having claimed the championship 32 times. Since its foundation, only two teams have participated in every season of the first division since 1963-64: Panathinaikos and Aris. 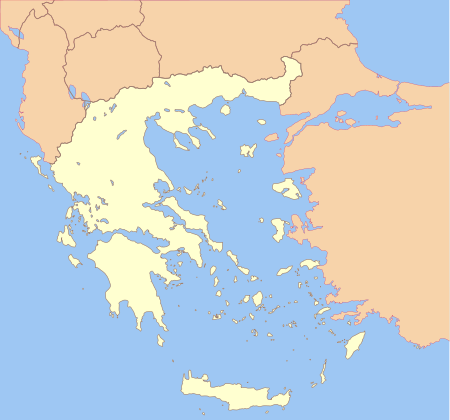 Greek basketball clubs in the Euroleague

† Panathinaikos and Iraklis played in the FIBA SuproLeague during the 2000-01 season.

Coach of the Year

NBA players that have played in the Greek League

The following is a list of players that have played in both the NBA and the Greek League. Player nationalities are listed as the players are registered in the league (through 2009-10 season). List may be incomplete.

Unsigned NBA Draft picks that have played in the Greek League

The following is a list of unsigned NBA Draft picks that have played in the Greek League. Player nationalities are listed as the players are registered in the league (through 2009-10 season). List may be incomplete.

Other notable players that have played in the Greek League

The following is a list of some other notable players that have played in the Greek League. Player nationalities are listed as the players were registered in the league at the time they played in Greece (through 2009-10 season). This does not necessarily reflect changes of nationality after the named player left the Greek League—for example, J. R. Holden now has Russian nationality along with American. List may be incomplete.