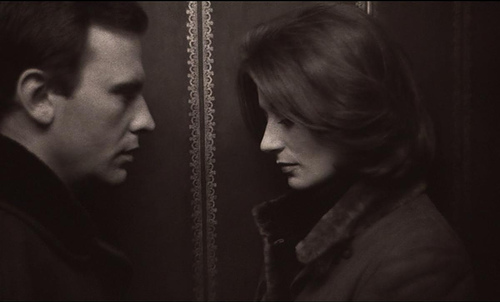 Anouk's interest in music began because her mother was a blues singer. Anouk initially sang at weddings and parties with the band "Shotgun Wedding", prior to meeting from the , a friend of her ex-husband Edwin Jansen. Hay believed Anouk to have talent, and offered to write some songs for her, one of which was Mood Indigo; written in collaboration with (also from the Golden Earring).

After she met , her co-writer, the pair wrote a few songs. On , , she released her second single, , which remained at the top of the Dutch music charts for a number of weeks. Her debut album, Together Alone also turned out to be a huge success. In 1998, Anouk won two awards from Dutch music channel (The Music Factory) in addition to an Edison award. During the summer, she played at various festivals.

Her second album, , was released in November 1999, and included the single . This song reached the Dutch Top 100. Shortly afterwards, Anouk went to the to pursue a record deal. Negotiations with her American label (Sony) ended badly, causing her to return to the Netherlands without a deal. She released a new song, Don't, and began touring the Netherlands in February 2001.

In March 2001, she released another album, , which contained acoustic versions and B-sides from older songs, and various duets with singer and . She was awarded the award in 2001.

In November 2002, the album was released. This is the heaviest rock album in Anouk's career so far. Anouk received a in 2003.

The following full length release is called (2004) and yielded a total of four singles: "Girl", "Lost", "Jerusalem" and "One Word".

Anouk moved to Cincinnati, , in December 2005 to escape the pressures of fame. Before she left, she gave two concerts in , , and four concerts at Ahoy' in , The Netherlands.

On , her birthday, she performed for the first time in 2006 for a selected public at the , a concert venue in . On Friday, , Anouk performed at the Lowlands festival, the show started with the Sacrifice. Later that evening, she did an additional acoustic gig for three songs.

Settling in Amsterdam, Anouk released her new album; "" which she recorded with topproducer (of fame). It was released on November 23, 2007 and drew comparisons with . Anouk fired her band after some problems and recruited a new one of young musicians. The first single, "Good God" was a success in the BeneluxFact|date=July 2008. The director shot the for this single.The blogger put the song on his site because he loves the song.

The second single "I don't wanna hurt" has been released, but Anouk decided not to make a music video because the concerts take too much energy and time. "I dont wanna hurt" was a big hit in the charts, even bigger than "Good God" was.Fact|date=July 2008

In March the Melina shot the video for the third single "" released in April. This music video was also endorsed by blogger Perez Hilton.

She married (aka The Anonymous Mis, frontman of the reggae/rap band Postmen) on , and is the mother of three children; son Benjahmin Kingsley (b. , ), son Elijah Jeramiah (b. , ) and daughter Phoenix Ray (born , ). Remon wrote "Jerusalem" and the newly-released "Good God". In May, 2008, Anouk and Remon announced a "harmonious" mutual separation.

*That year, Dutch megastar joined Anouk in announcing their withdrawal from future TMF Awards-nominations. "Every year the same faces can get boring".