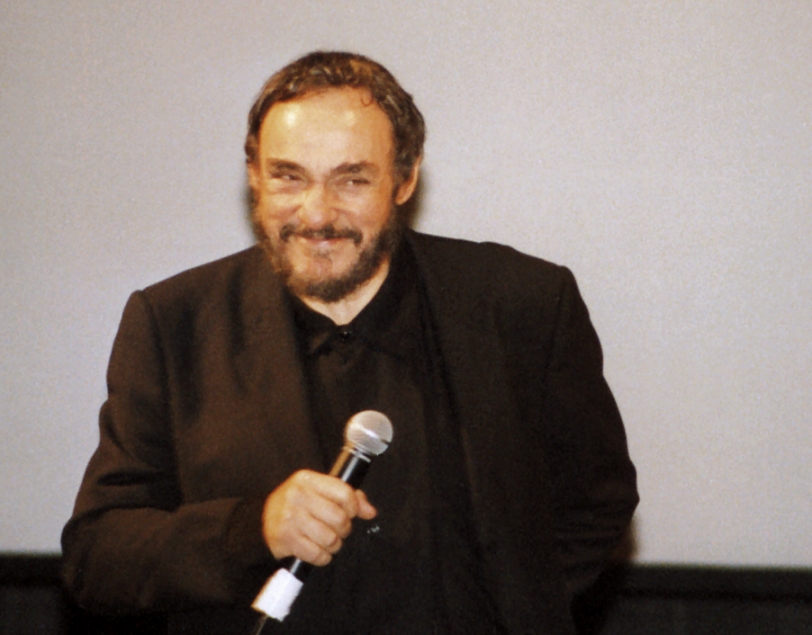 John Rhys-Davies (born , ) is a British and vocal actor born in England. He is perhaps best known for his portrayals as the charismatic Arabian excavator in the "Indiana Jones" films and the dwarf Gimli in "The Lord of the Rings" trilogy, in which he also voiced the . He also portrayed Professor in "", General Leonid Pushkin in the film "" and provided of voices of Cassim in Disney's "", Man Ray in "", and Tobias in the computer game "Freelancer".

Rhys-Davies was born in , , , the son of Welsh parents Mary Margaretta Phyllis Jones, a , and Rhys Davies, a [ [http://www.filmreference.com/film/62/John-Rhys-Davies.html John Rhys-Davies Biography (1944-) ] ] [ [http://movies.yahoo.com/movie/contributor/1800020883/bio John Rhys Davies Biography - Yahoo! Movies ] ] and colonial officer. [ [http://www.ntz.info/gen/n02072.html John Rhys-Davis ] ] He spent much of his childhood in his mother's home town of Ammanford, Wales although he was also raised in . He was sent to in . He was one of 87 students in the first intake of the . [ [http://archive.southwalesguardian.co.uk/2003/4/30/11269.html Putting Ammanford on the map ] ] , where he founded the Dramatic Society. (1963–1966) After teaching at Watton County Secondary School in Norfolk he won a place at the (1967-1969.) In 1966 he married Suzanne A.D. Wilkinson, a translator. They have two sons, Ben and Tom. Has lived with Lisa Manning (ex-host from television show since 2004. They have a daughter, Maia. Although he separated from his wife in the early 1980s, he has not divorced her and has no plans to. She was diagnosed with Alzheimer's in 1995 and he remains close to her.

Although appearing sporadically on U.K. television in the early 1970s (for instance, as gangster Laughing Spam Fritter opposite in "Budgie"), Rhys-Davies first gained widely spread fame for his performance as officer in . He then began to appear more frequently, and not only in the U.K., with roles as a Portuguese captain Rodrigues in the 1980 "Shogun", and in the "" movies. He has since appeared in numerous television shows and miniseries, including a leading role in the television series "" as Professor from 1995 to 1997. He also made several appearances on "" as a version of . He also starred as an ally of in "" and appeared in the movie "". Davies has played the character in two separate projects; a two-part episode of the and the movie . He has also appeared in a number of original movies.

"The Lord of the Rings" trilogy

He is also known for his popular portrayal of the dwarf Gimli in "The Lord Of The Rings" trilogy. The filmography of that was complicated by the fact that Rhys-Davies is of unusually great height (6'1"), [ [http://www.mooviees.com/9421-John-Rhys-Davies/celebrity John Rhys-Davies celebrity ] ] whereas his character was supposed to be very short. Rhys-Davies is the only cast member who played a member of the Fellowship but did not receive a tattoo of the word "nine" written in the Tengwar script. The other members of the cast (, , , , , , , and ) got the same tattoo. Rhys-Davies' stunt double got the tattoo instead, because Rhys-Davies' allergy to the prosthetics only allowed him to work once about every three days while in them.

In addition to voicing the Ent Treebeard in "Lord of the Rings", Rhys-Davies has also lent his distinctive deep, Welsh voice to many video games and , including playing the role of in "Justice League" and numerous times in "Gargoyles", as the character Macbeth. He appears in the s of computer games including "Ripper" (as Vigo Haman) (1996), "" (as Noree Moneo) (1998), and the "Wing Commander" series (as James Paladin Taggart). He also lent his vocal talents to the games "Freelancer" and "" (both in 2003) and the game ": Shadows of Darkness", which was released with his narration on a version in 1995. In 2004, he was the unknowing subject of an internet that spread false rumours in several main-stream medial sources that he was scheduled to play the role of in '. [ [http://www.thatchickensite.com/letters/grievous John Rhys-Davies in Star Wars Episode III: A Grievous Media Hoax] ] He also made a vocal role on ' as the character Jherek, and narrated a documentary called "The Glory of Macedonia".

He has never been a member of any political party. As a university student in the 1960s, he was a radical , but he started to change his views when he went to heckle a young local member of parliament, . Rhys-Davies says that "she shot down the first two hecklers in such brilliant fashion that I decided I ought for once to shut up and listen."

In 2004, in a magazine interview, Rhys-Davies compared the theme of "The Lord of the Rings" with the current situation of Western Europe, whose civilisation he described as being challenged by an increase of the Muslim population, stating::"There is a demographic catastrophe happening in Europe that nobody wants to talk about, that we daren’t bring up because we are so cagey about not offending people racially. And rightly we should be. But there is a cultural thing as well… By 2020, fifty percent of the children in Holland under the age of 18 will be of Muslim descent(sic)… And don’t forget, coupled with this there is this collapse of numbers. Western Europeans are not having any babies. The population of Germany at the end of the century is going to be 56% of what it is now. The populations of France, 52% of what it is now. The population of Italy is going to be down 7 million people.

His comments were endorsed by the .

Yet, in an interview with the conservative , he clarifies that he is opposed to Islamic extremism precisely because he feels that it violates European belief in equality, democracy, tolerance, and the abolition of slavery.