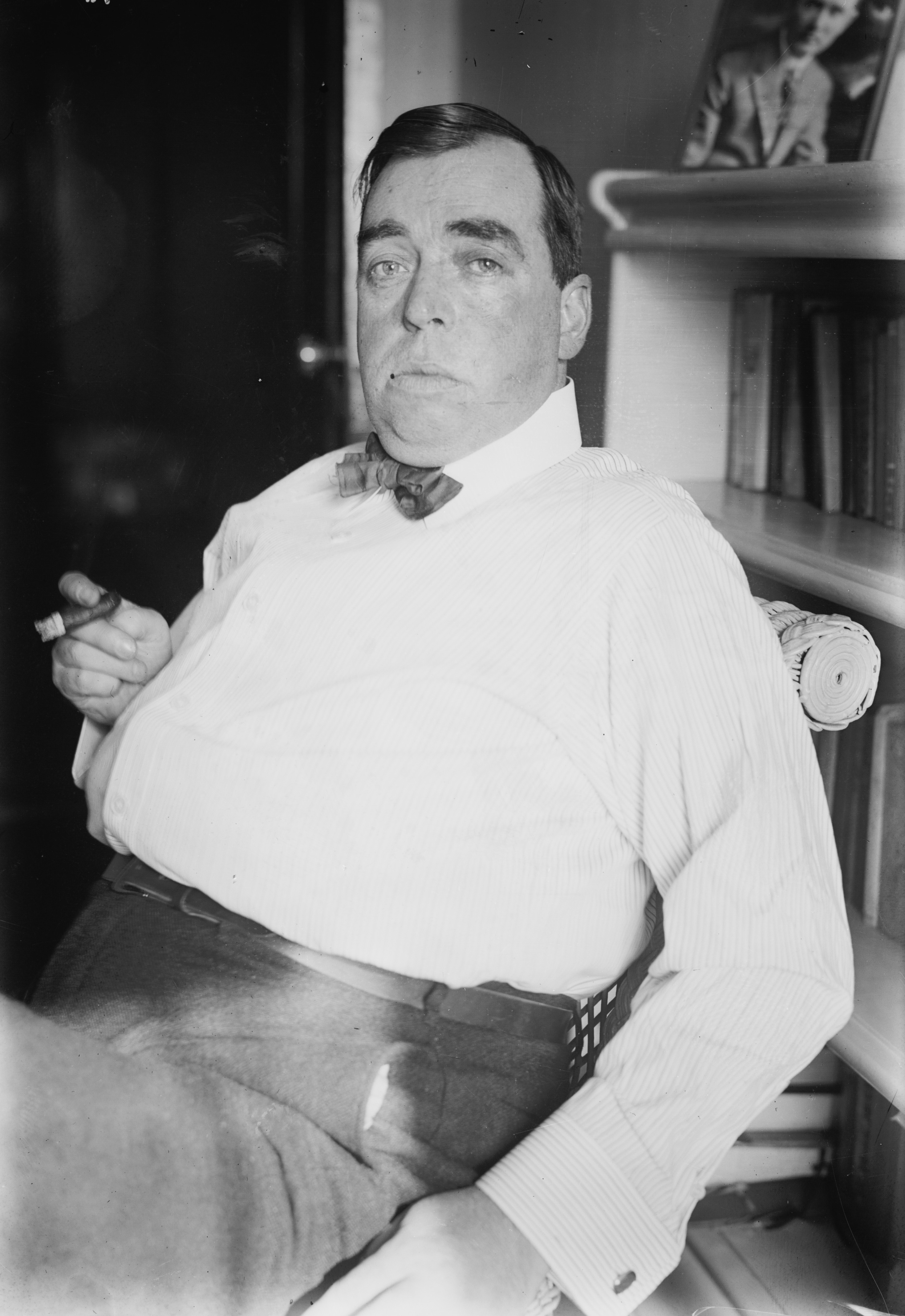 Irvin Shrewsbury Cobb (, – , ) was an American author, humorist, and columnist who lived in New York and authored more than 60 books and 300 short stories. He has been described as having a round shape, bushy eyebrows, full lips, a triple chin, and always having a cigar in his mouth.

Cobb was the second of four children born to Kentucky natives in . His grandfather Reuben Saunders, M.D., is credited with discovering in 1873 that hypodermic use of - halted . Cobb was raised in Paducah, where the events and people of his childhood became the basis for much of his later worksFact|date=June 2008.

Cobb was educated in public and private elementary schools and then entered William A. Cade's Academy intending to pursue a law career. When he was 16, his grandfather died and his father became an alcoholic, so he was forced to quit school and find work, thus beginning his writing career.

He started in journalism on the "Paducah Daily News" at age seventeen, becoming the nation's youngest managing news editor at nineteen. He later worked at the "Louisville Evening Post" for a year and a half.

His first hand account in "Exit Laughing", details the saga of the Kentucky Governor , who killed a man, exploited the split Democratic Party in Kentucky, and was assassinated in 1900.

Moving to New York in 1904, he was hired by the "Evening Sun", who sent him to to cover the Russian-Japanese peace conference. His dispatches from the negotiations, focusing on the personalities involved (including President ) were published across the country under the title "Making Peace at Portsmouth". They earned him a job offer from 's "" that made him the highest-paid staff reporter in the United States.

Cobb covered for the "Saturday Evening Post", and wrote a book in 1915 about his experiences called "Paths of Glory". He wrote numerous series in periodicals and also collaborated on dramatic productions.

Several of Cobb's stories were made into silent films, and he wrote titles for a couple more, including the vehicle "Peck's Bad Boy" (1921). When sound came in, a few more of his stories were adapted into films, including "The Woman Accused" (1933), starring a young .

He married Laura Spencer Baker of . His daughter, Elisabeth Cobb Rogers (born 1902), was an author in her own right, author of the novel "She Was a Lady" and of "My Wayward Parent" (1945), a book about her father. Her first husband was Frank Michler Chapman, Jr., son of the ornithologist .

When Cobb died in in 1944, his body was sent to Paducah for cremation and his ashes placed under a dogwood tree. The granite boulder marking his remains is inscribed "Irvin Shrewsbury Cobb 1876-1944 Back Home".

Cobb is best remembered for his humorous stories of Kentucky local color. These stories were first collected in the book "Old Judge Priest" (1915), whose title character was based on a prominent West Kentucky judge named William Pitman Bishop. Among his other books of humor are "Speaking of Operations" (1916) and "Red Likker" (1929).

wrote of these tales, "Cobb created a South peopled with honorable citizens, charming eccentrics, and loyal, subservient blacks, but at their best the Judge Priest stories are dramatic and compelling, using a wealth of precisely rendered detail to evoke a powerful mood."

*
* [http://www.english.eku.edu/SERVICES/KYLIT/cobb.htm "Irvin S. Cobb"] by Kelly Walters, KYLIT
* [http://www.greatwardifferent.com/Great_War/Liege/Loncin_01.htm "In Aachen and Fort Loncin"] , from "Paths of Glory", by Irvin S. Cobb; illustrated
* [http://www.irvinscobb.com "Tribute to the Life and Works of Irvin Shrewsbury Cobb"] in progress as of 07/01/2008 by Remington Guy