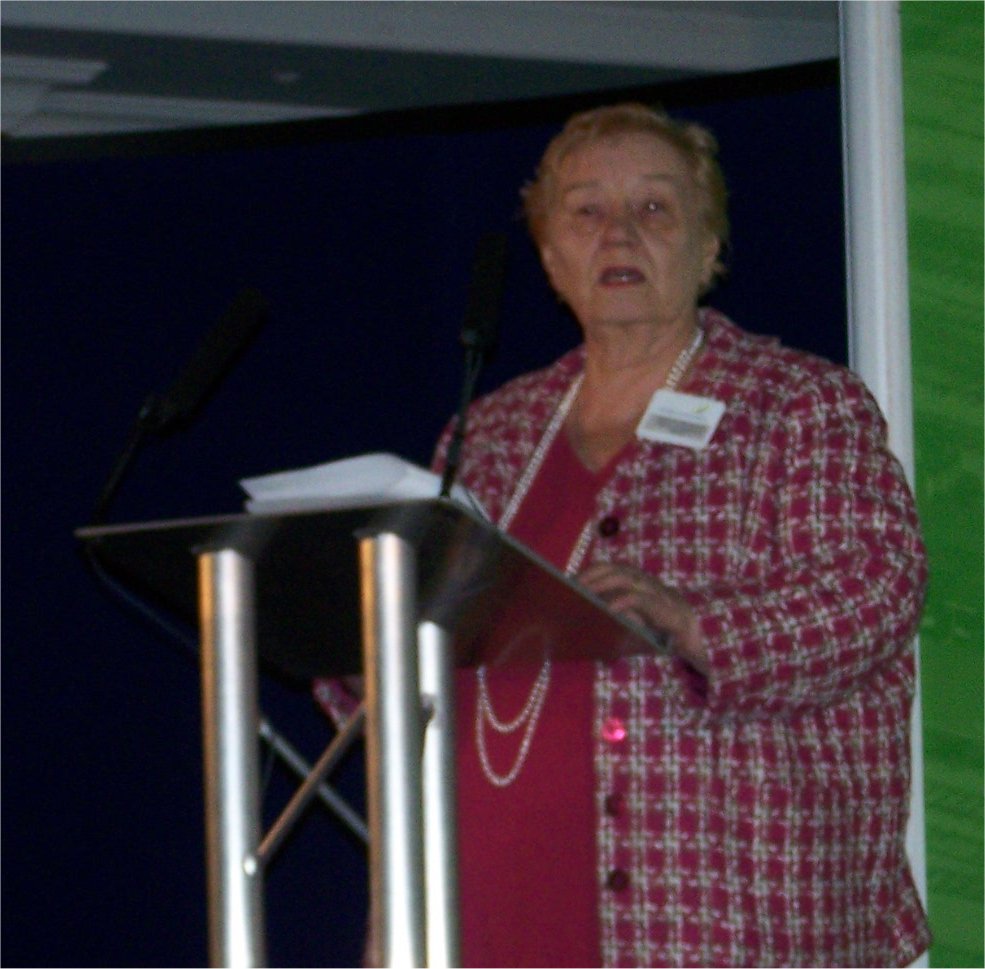 Gwyneth Patricia Dunwoody (née Phillips; &ndash; ) was the longest ever serving female Member of the , by both length of total and length of continuous service. [cite episode |title = Last Word |url =http://www.bbc.co.uk/radio4/news/lastword_18apr2008.shtml |series = Last Word | serieslink = Last Word |network = |station = |airdate = 2007-11-30] A right-winger by the traditional standards of the ,Fact|date=September 2008 she served as MP for Exeter from 1966 to 1970 and then MP for Crewe and then Crewe and Nantwich from 1974 to her death in 2008. She had a reputation as a fiercely independent parliamentarian, described as "intelligent, obstinate, opinionated and hard-working".

Dunwoody was born in , , where her father was Labour parliamentary agent. She belonged to an experienced political dynasty: her father, , was a former coalminer who served as between 1944 and 1962; her mother, was a former member of who became a in 1964, serving as a government whip in the , and as from 1978 to 1986. Both of her grandmothers were , and all four grandparents were Labour party loyalists.

She attended the Fulham County Secondary School for Girls, now known as the Fulham Cross School and the Notre Dame Convent. She left school aged 16, and became a journalist with a local newspaper in Fulham, covering births, marriages and deaths. She joined the Labour Party in 1947, and spoke the 1948 Labour party conference in Scarborough. She worked as an actress in and as a journalist in , learning fluent Dutch, before suffering a bout of .

She married in 1954, the same year he qualified as a doctor. Her husband became a based in in . They had two sons and a daughter. Their daughter, , was a member of the for one term between 2003 and 2007 and from 2005 was Deputy Minister for Enterprise, Innovation and Networks in the .

Her husband stood as Labour candidate in the safe Conservative seat of Tiverton in 1959, and came close to winning Plymouth Sutton in 1964, losing by just 410 votes ( would later hold for several years for Labour).

Meanwhile, Dunwoody was a councillor on Borough Council (now ) from 1963-6. Her husband was finally elected as Labour MP for Falmouth and Camborne in 1966 (she was elected at the same time in Exeter). He served as a at the from 1969 until 1970. A well-regarded orator at the , John Dunwoody was spoken of as a future leader of the Party but lost his seat in the 1970 general election and did not return to Parliament. They were divorced in 1975.

Dunwoody stood as the Labour Party candidate for the seat in the 1964 general election. She was elected as for Exeter in 1966, emulating her husband in nearby Falmouth and Camborne. Like her husband, she also served as a junior minister, as a at the , and also lost her seat at the 1970 general election.

She returned to the House of Commons after the February 1974 general election, becoming MP for the safe Labour seat of Crewe, having received the sponsorship of the

In 1983, Dunwoody stood for election as deputy leader of the Labour Party, alongside , on a platform (a position she consistently maintained throughout her career - she voted against the seven times

She did not return to ministerial office, but served as a front bench spokesman on, by turns, transport, health, and foreign affairs during the 18 years of Labour opposition from 1979 to 1997. She also served on the Labour for seven years, from 1981 to 1988, collaborating closely with . She opposed all-women shortlists, and resisted Militant.

In 1983, boundary changes abolished the constituency of Crewe and created the constituency of Crewe and Nantwich, with many Conservative voters from Nantwich included in the new seat. She narrowly won the election in 1983, by, 290 votes. She remained MP at Crewe and Nantwich until her death in 2008, having benefited from a further redrawing of the boundaries in 1997 which increased her majority substantially.

In 1998, she gained headlines around the world when she clashed with Mayor urging the return of the original dolls from to the after she said she "detected sadness" in their display behind in the United States library.

In October 2000, she was one of several candidates for the speakership of the House of Commons. The election was won by Michael Martin MP.

As a member for a constituency with a strong connection with the railway industry, she had considerable expertise on transport matters, and was Chair of the House of Commons' from 1997 to 2008. In this role she was a credible, independent-minded critic of the government, and she and her committee discomfited witnesses from the rail and air transport industries. An attempt by the Government Whips to remove her and , Chair of the Foreign Affairs Committee, from their positions after the 2001 general election led to a revolt by back-bench members of Parliament, which resulted in them both being reinstated.

She was President of from 1988 to 1993, and was a parliamentary consultant to the . She was one of 13 Labour MPs to vote against a reduction of the for homosexual acts to 16.

A formidable backbencher, Dunwoody was voted "Battle-axe of the Year" by Oldie magazine.

Dunwoody died peacefully during the evening of in , , following emergency heart surgery.

Her former husband died in 2006. She was survived by her daughter and two sons.

Her daughter was selected as the Labour Party candidate in the by-election for Crewe & Nantwich.

continues to hold the records for the oldest woman to be re-elected to the House of Commons (75 years, 3 months), the longest span of service for a woman MP (42 years, 4 months), and the oldest ever woman MP (at 79 years, 0 months).