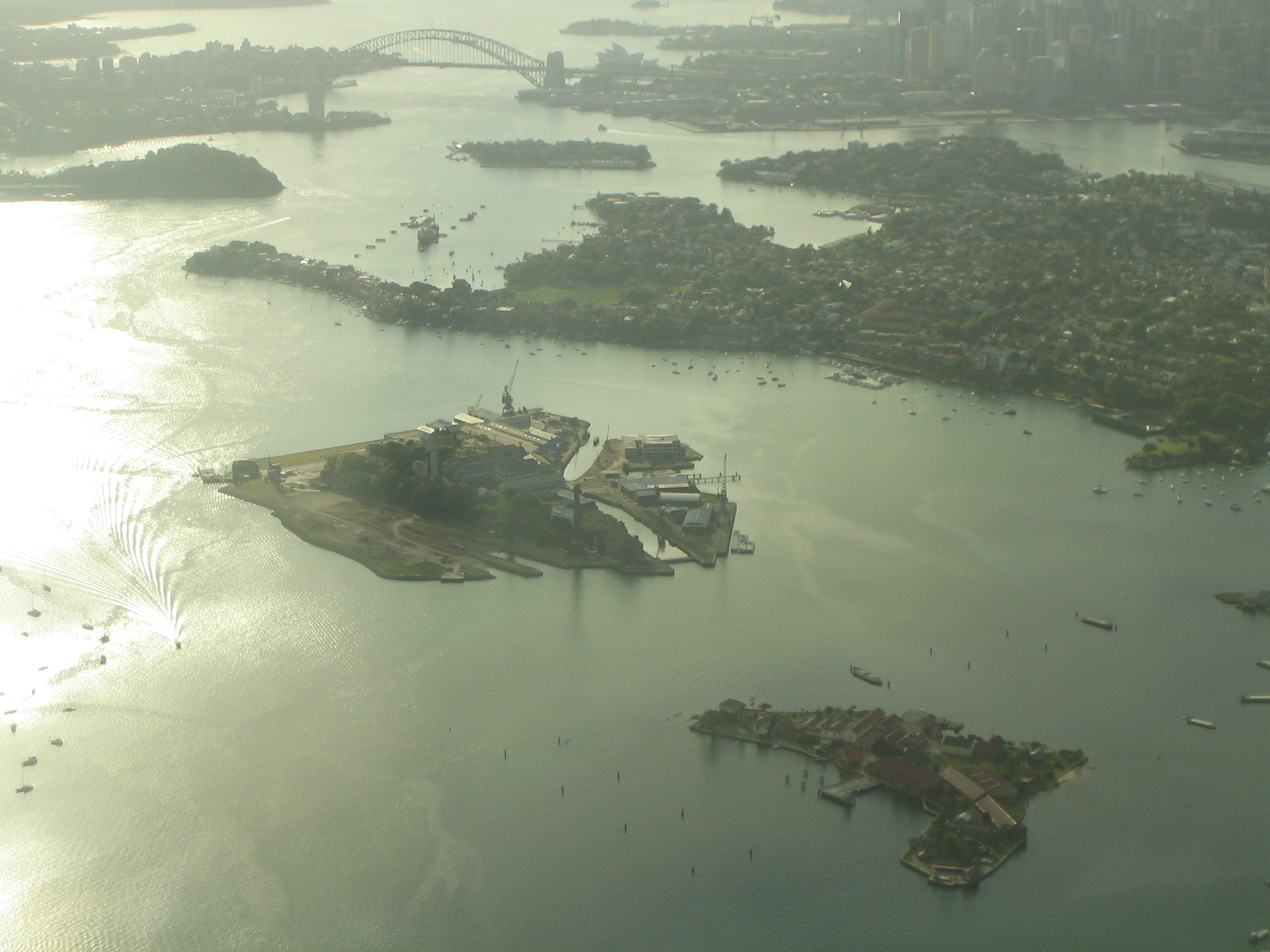 Spectacle Island is an island in , . It lies in the main channel of the western section of the harbour, upstream of the Harbour Bridge, adjacent to the suburb of Drummoyne.

Dating from 1865, the island is historically significant as it is the oldest naval explosives manufacturing and storage complex in Australia

Today, the island is a depository of heritage items of the and also is the home of Training Ship Sydney, a unit of the Australian Navy Cadets.

Spectacle Island is a small island in which was first known as Dawes Island as early as the first year of British settlement in 1788 but was later renamed Spectacle because of its shape, being then two small islands joined by a narrow isthmus.

The colonial government selected Spectacle Island in 1865 as a storage site for the colonial government's gunpowder. Plans for the initial group of buildings (magazine, cooperage, laboratory, quarters etc) were drawn up in the office of Colonial Architect . The buildings were mainly built of sandstone and had slate roofs. The shape of the island began changing as well, and the isthmus was gradually built up.

In 1884 Spectacle Island became the naval armament depot and the colonial government's explosives were removed. Existing buildings were altered and new ones were constructed to suit the new military needs, and the completed installations were at the forefront of munitions handling and storage technology at the time.

The took over Spectacle from the in 1913. By then, there were 40 buildings on the island, the isthmus had been filled in and the area of the island had been increased by about a hectare through reclamation works utilising spoil from the old Balmain coalmine.

During the there was hectic activity on the island and several hundred extra workers were appointed, mainly for shell-filling. Older buildings were remodelled to better deal with new needs. With the end of the war in 1918, Spectacle was used to store unused munitions until they were eventually dispersed. By 1922 all the major permanent buildings had been built.

Spectacle Island once again played an important role in the in dealing with smaller calibre ammunition, but was soon unable to cope with larger calibre material. After the war the island again was used to store unused munitions. Gradually, Spectacle's role changed with the growth of harbourside populations and technological change making the island's role of explosives handling and storage untenable and obsolete.

Spectacle Island is still used by the for Naval Cadet units and to house the Naval Repository, including a collection of relics and artefacts, ranging from small items to vessels.