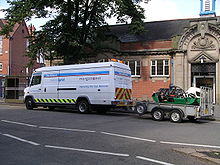 National Grid plc (LSE: NG., NYSE: NGG) is a multinational electricity and gas utility company headquartered in London, United Kingdom. Its principal activities are in the United Kingdom and northeastern United States and it is one of the largest investor-owned energy companies in the world.[1]

National Grid is listed on the London Stock Exchange and is a constituent of the FTSE 100 Index. It has a secondary listing on the New York Stock Exchange.

In 1990, the transmission activities of the Central Electricity Generating Board were transferred to the National Grid Company plc, which was owned by the 12 Regional Electricity Companies (RECs) through a holding company, National Grid Group plc. In 1995, shares in this holding company were listed on the stock exchange.[2] Within a year, most of the RECs had disposed of their interests.

In February 2006, National Grid announced that it had agreed to buy KeySpan Corporation,[9] a gas distributor and electricity producer in the United States, for $7.3bn (£4.1bn) in cash. Around the same time, National Grid also announced the acquisition of the Southern Union Company subsidiary, New England Gas Company in Rhode Island.[10] The acquisitions of the two natural gas delivery companies materially doubled the size of National Grid's American subsidiary, creating the second largest utility in the United States with over 8 million customers.

The acquisition of KeySpan was completed on 24 August 2007 following government and regulatory approval and endorsement by the shareholders of the two companies.[11] 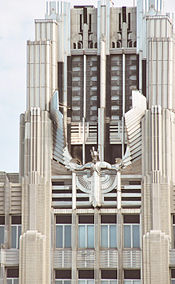