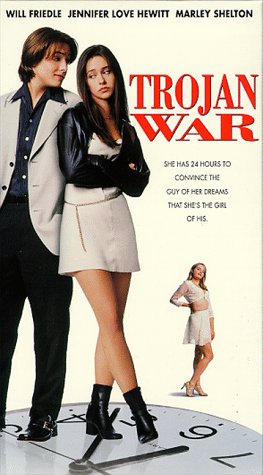 It's about a high school student named Brad (Friedle), who's had an unrequited crush on a classmate named Brooke () for years, and what happens when she asks him to come over one night to tutor her. While he's at her house, she ends up wanting to have sex with him. But she only wants , and he doesn't have a . So he goes out to buy some, but he runs into all sorts of trouble; his dad's car gets stolen, he has a run-in with a crazy bus driver, he's held hostage, and is nearly arrested.

After all of this, he realizes that the perfect girl has been there for him all along (his best friend Leah, played by ); and Brooke isn't as great as he thought she was.

The use of Trojan in the title is an obvious pun on the condom brand.