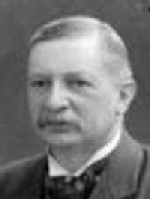 The known as the is named after him, as is the unit. Excited atoms with very high values of the , represented by "n" in the , are called s, and a crater on the moon is also named "Rydberg" in his honour. Rydberg's faith that spectral studies could assist in a theoretical understanding of the atom and its chemical properties was justified in 1913 by the work of Niels Bohr (see ). An important spectroscopic constant based on a hypothetical atom of infinite mass is called the Rydberg (R) in his honor.

He was active at , , for all of his working life.