Visual arts of the United States

Visual arts of the United States

Visual arts of the United States refers to the history of and in the . In the late eighteenth and early nineteenth centuries, artists primarily painted landscapes and portraits in a realistic style. A parallel development taking shape in rural America was the movement, which began as a reaction to the . Developments in modern art in Europe came to America from exhibitions in New York City such as the in 1913. Previously American Artists had based the majority of their work on European Arts. After World War II, New York replaced Paris as the center of the art world. Since then many American Movements have shaped Modern and Post Modern art. Art in the United States today covers a huge range of styles.

After the in 1776, which marked the official beginning of the American national identity, the new nation needed a history, and part of that history would be expressed visually. Most of early American art (from the late 18th century through the early 19th century) consists of and portraits. Painters such as made portraits of the newly elected government officials, while was painting atic portraits for the increasingly prosperous merchant class, and painters such as were making large battle scenes of the . 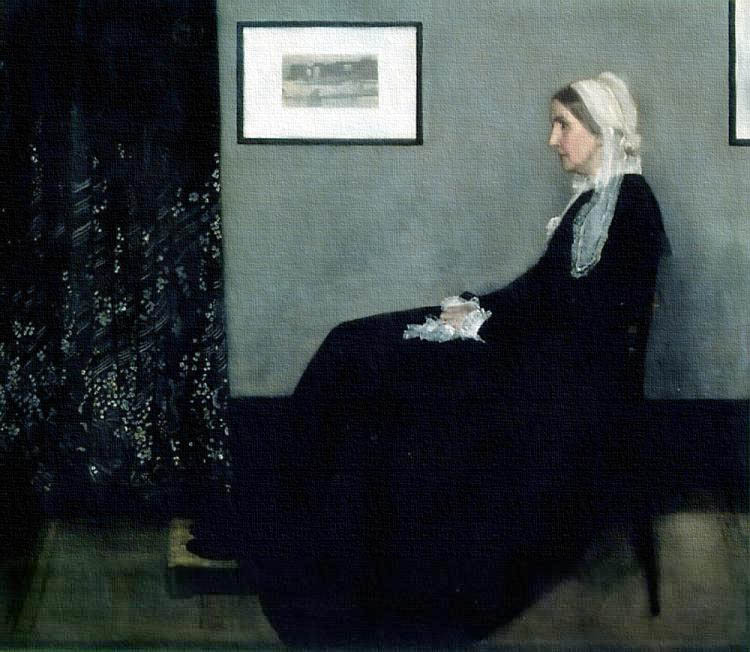 America's first well-known school of painting&mdash;the &mdash;appeared in 1820. As with music and literature, this development was delayed until artists perceived that the New World offered subjects unique to itself; in this case the westward expansion of settlement brought the transcendent beauty of frontier landscapes to painters' attention.

The Hudson River painters' directness and simplicity of vision influenced such later artists as (1836-1910), who depicted rural America&mdash;the sea, the mountains, and the people who lived near them. Middle-class city life found its painter in (1844-1916), an uncompromising realist whose unflinching honesty undercut the genteel preference for romantic sentimentalism. who studied with Thomas Eakins was one of the first important African American painters.

Paintings of the Great West, particularly the act of conveying the sheer size of the land and the cultures of the native people living on it, were starting to emerge as well. Artists such as broke from traditional styles of showing land, most often done to show how much a subject owned, to show the West and it's people as honestly as possible.

Many painters who are considered American spent some time in Europe and met other European artists in Paris and London, such as and Whistler.

Controversy soon became a way of life for American artists. In fact, much of American painting and sculpture since 1900 has been a series of revolts against tradition. "To hell with the artistic values," announced (1865-1929). He was the leader of what critics called the of painting, after the group's portrayals of the squalid aspects of city life. Soon the ash-can artists gave way to modernists arriving from Europe&mdash;the cubists and abstract painters promoted by the photographer (1864-1946) at his in New York City. , , , , Stuart Davis, , , , and were some important early American modernist painters.

After many American artists also rejected the modern trends emanating from the and European influences such as those from the . Instead they chose to adopt academic realism in depicting American urban and rural scenes. , and the artists from the or : notably , , , , and and others developed socially conscious imagery in their works.

Following the , the completion of the enabled American settlers to travel across the west, as far as the coast. New artists’ colonies started growing up around Santa Fe and Taos, the artists primary subject matter being the native people and landscapes of the Southwest. Images of the Southwest became a popular form of advertising, used most significantly by the to entice settlers to come west and enjoy the “unsullied landscapes.” , , , , and are some of the more prolific artists of the .

The was another significant development in American art. In the 1920s and 30s a new generation of educated and politically astute African-American men and women emerged who sponsored literary societies and art and industrial exhibitions to combat racist stereotypes. The movement showcases the range of talents within African-American communities. Though the movement included artists from across America, it was centered in , and work from ist and photographer became emblematic of the movement. Some of the artists include , , , , , , and .

When the hit, president Roosevelt’s created several public arts programs. The purpose of the programs was to give work to artists and decorate public buildings, usually with a national theme. The first of these projects, the (PWAP), was created after successful lobbying by the unemployed artists of the . The PWAP lasted less than one year, and produced nearly 15,000 works of art. It was followed by the of the (FAP/WPA) in 1935, which funded some of the most well-known American artists. Several separate and related movements began and developed during the including , Regionalism, and . Thomas Hart Benton, , , , , Reginald Marsh, , , and were some of the best known artists.

In the years after , a group of New York artists formed the first American movement to exert major influence internationally: . This term, which had first been used in 1919 in Berlin, was used again in 1946 by in the , and was taken up by the two major art critics of that time, and . It has always been criticized as too large and paradoxical, yet the common definition implies the use of to express feelings, emotions, what is within the artist, and not what stands without.

The first generation of abstract expressionists was composed of artists such as , , , , , , , , , , , and . Though the numerous artists encompassed by this label had widely different styles, contemporary critics found several common points between them.

Many first generation were influenced both by the s' works (black & white copies in art reviews and the works themselves at the 291 Gallery or the Armory Show), and by the European s, most of them abandoned formal composition and representation of real objects; and by and . Often the "abstract expressionists" decided to try instinctual, intuitive, spontaneous arrangements of space, line, shape and color. Abstract Expressionism can be characterized by two major elements - the large size of the canvases used, (partially inspired by Mexican frescoes and the works they made for the in the 1930s), and the strong and unusual use of brushstrokes and experimental paint application with a new understanding of process.

The emphasis and intensification of color and large open expanses of surface were two of the principles applied to the movement called Painting. Ad Reinhardt, Adolph Gottlieb, Mark Rothko, Clyfford Still and Barnett Newman were categorized as such. Another movement was called , characterized by spontaneous reaction, powerful brushstrokes, dripped and splashed paint and the strong physical movements used in the production of a painting. Jackson Pollock is an example of an Action Painter: his "creative process," incorporating thrown and dripped paint from a stick or poured directly from the can; he revolutionized painting methods. famously said about Pollock "he broke the ice for the rest of us." Ironically Pollock's large repetitous expanses of linear fields are also characteristic of Color Field painting as well, and pointed that out in his essay for the catalog of "Three American painters: , , " at the in 1965.Despite the disagreements between art critics, Abstract Expressionism marks a turning-point in the history of American art: the 1940s and 1950s saw international attention shift from European -Parisian- art, to American -New York- art.

painting went on as a movement: artists in the 1950s, such as Clyfford Still, Barnett Newman, Robert Motherwell, and in the 1960s, Jules Olitski, Kenneth Noland, and , sought to make paintings which would eliminate superfluous rhetoric with large, flat areas of color.

During the 1950s abstract painting in America evolved into movements such as , , , , , painting, , and the continuation of . As a response to the tendency toward abstraction imagery emerged through various new movements like , the and later in the 1970s .

Members of the next artistic generation favored a different form of abstraction: works of mixed media. Among them were (1925-2008) and (1930- ), who used photos, newsprint, and discarded objects in their compositions. ists, such as (1930-1987), (1923-2002), and (1923-1997), reproduced, with satiric care, everyday objects and images of American popular culture&mdash;Coca-Cola bottles, soup cans, comic strips. Realism has also been popular in the United States, despite modernist tendencies, such as the city scenes by and the illustrations of . In certain places, for example Chicago, Abstract Expressionism never caught on; in Chicago, the dominant art style was grotesque, symbolic realism, as exemplified by the (1923-1997), (1938- ), (1939-2004), and (1926- ).