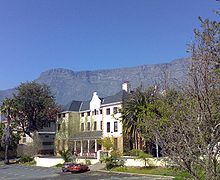 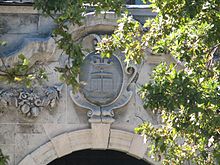 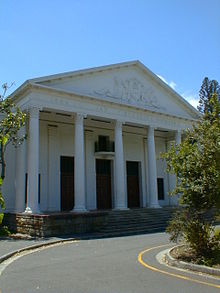 The concept of the South African College was first formed in 1791 when the Dutch Commissioner-General, Jacob Abraham Uitenhage de Mist, asked for funding to be set aside to improve schooling in the Cape. After the British took over control of the Cape Colony its first governor, Lord Charles Henry Somerset PC, gave permission for the funds reserved by de Mist to be used to establish the South African College in 1814.

The founding committee met in the Groote Kerk to discuss funding and accommodation for the school and on October 1, 1829, the inauguration of the South African College was held and classes began. The original location of the school was in the Weeshuis on Long Street and moved to what is now known as the Egyptian Building in the Gardens district of Cape Town in 1841.

It was decided in 1874 that the younger students should be separated from their older counterparts. The South African College was separated into the College which became the University of Cape Town and the College School.[3]

The College School moved to its own building on Orange Street, separate from the College, in 1896. For the next few decades, the school grew and the building became too small for the number of students attending.

In 1959 the school moved to its current home in the Montebello Estate in Newlands,[4] former home of the mining magnate Sir Max Michaelis, after a decade-long negotiation with the Cape Administration.

The current school buildings are situated along Dean Street and Newlands Avenue in Cape Town.

The Junior School is located along Dean Street and is equipped with numerous fields for sporting activities, of which some are shared with the High School. The Junior School has a full length swimming pool with a smaller children's pool for the younger students. A number of tennis courts are also available to the students. The Junior School has a new Media Center which hosts computer facilities, a new library and classrooms. The music department also has its own auditorium for cultural events and is also used for events with smaller audiences. The Junior School's boarding house is named after J E De Villiers.

The High School is closest to Newlands Avenue which also hosts a number of sport fields for the various sports which the school offers throughout the year. The swimming pool is mainly used for Water Polo and is also heated to facilitate training and usage in winter. The High School also recently had a new Media Centre constructed with air-conditioned computer labs and library. The school hall is named after one of its most famous students, Jan Hendrik Hofmeyr. The boarding houses for the High School are the Michaelis House (for the junior students) and Rosedale House (for the senior students). 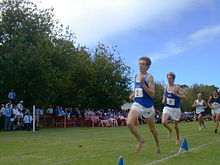 The students in both Junior and High Schools are divided into four houses, different in both divisions of the school. In both instances there are annual inter-house sporting events, as well as cultural activities. The events range from cross country and lacrosse to cricket and rugby. 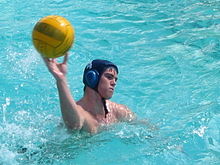 A prestigious annual competition for both the High School and the Junior School, named the Triangular, is a chance for the students of three prominent schools in the province to compete against each other on the track and field. The other two schools are Bishops and Rondebosch Boys' High School. The first meeting took place in 1935 and it has rotated between the three schools every year since.

The High School also plays host to various schools around the country in an annual water polo tournament during the September holidays. The visiting schools range from the traditional rivals from the area such as Rondebosch Boys' High School and Bishops, to other institutions such as Durban High School and Kearsney College. 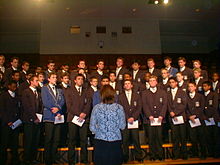 Both the Junior and High Schools have active Music Departments. The High School choir often performs in the Cape Town City Hall with other schools such as Rondebosch Boys' High School and Rustenburg Girls' High School in collaborations of such works as Carl Orff's Carmina Burana in 2001 (conducted by Dr. Barry Smith). The choirs and bands of both divisions of the school competes in the Cape Town Eisteddfod every year at both group and individual events. The High School has two annual bursary competitions, the Christopher Brown and the Walter Swanson Competitions. These are designed to both give an evening of music from the highest standards as well as to encourage the music students to excel in whichever disciplines they take part.

The High School drama department stages annual dramatic productions as well as annual inter-house play competitions. Some recent notable performances are Guys and Dolls in 2000, Fame - The Musical in 2003 and Little Shop of Horrors in 2005. 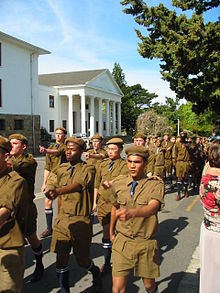 Every year the school celebrates the founding of the school on Commemoration Day around September 20 (depending on which day it is every year). The High School trains a select group of volunteer students for the parade as well as a handful of centuries for the ceremony. The majority of the group take part as cadets for the parade and march from the Memorial Fields to the Major Quadrangle. The music department trains its students for the marching band. The Head Boy and a notable Old Boy of the school would then lay laurel wreaths at the plaques which commemorate those Old Boys who died fighting in World War I, World War II and the Korean and Border conflicts.

The traditional school colour of navy blue was determined in the 1880s when SACS pupils purchased the only pattern available of alternating white, light- and dark-blue horizontal stripes from Porter Hodgson's Outfitters in Cape Town. Prior to this, the pupils wore what they could afford while still being presentable.[8]

The current uniform of the High School has been in place since the 1930s. Pupils from Grades 10 - 12 who excel is Academics, Cultural Acitivites or Sports may be awarded School Colours.

The awards are conferred upon pupils by the Headmaster at the end of every school term at the end-of-term assembly (depending on award type).

The Cultural Awards Committee, consisting of senior staff members (typically Heads of Departments) and two Grade 12 students, meet before the end of every term to nominate and vote for potential award candidates. Student representatives are nominated and selected by the senior staff members on the committee, and serve for one year.

The selection process for Academic and Sporting awards vary slightly to the process of Cultural Awards.

The school song was written by Rev. Dr. F. C. Kolbe with music composed by Sir Meiring Beck and first publicly performed in December 1887. The original school song had three sections but only the first section is currently used. The S.A.C. is well-known to all Old Boys as well as those students who attend the University of Cape Town since they share this as their school song. In the High School, The S.A.C. is sung at the first and last assemblies of the school term as well as other special occasions such as Valedictory Service and the annual Academic Prize Giving events.

The S.A.C.
Is the College for me,
The best in the country round;
Wherever you go
The records will show,
Our equal has never been found!
For study or play, it is always the same
Wherever we be,
We spread the name, and we swell the fame
Of the S.A.C.[9]

The war cry is performed by pupils and Old Boys (Alumni) alike at various occasions such as sporting events or the final assembly of the year.

When Cecil John Rhodes died in 1902, he specifically named the South African College in his will as one of four schools in the Cape Colony where the Rhodes Scholarship would be awarded on an annual basis for a former student to study at the University of Oxford.[11]

The SACS Old Boys' Union (OBU) is the oldest Old Boy (Alumni) group in the country. John Ince (1936–2010) — a notable Old Boy who was previously the Headmaster at Camps Bay High School, teacher at the High School, and Guidance Counsellor at the Junior School — served as Executive Director of the OBU until recently. 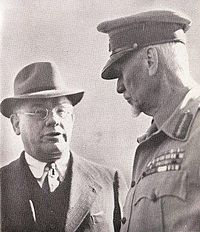