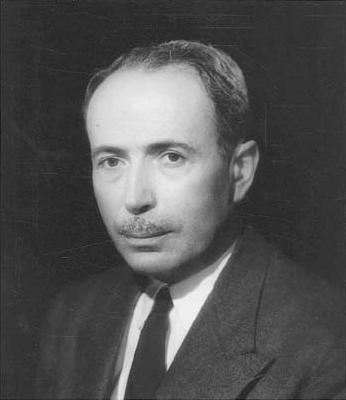 As a young man, Pinay fought in and injured his arm so that it was paralyzed for the rest of his life.

He was elected to the in 1936, running as a conservative. On 10 July 1940 he voted to give full constitutional power to the Maréchal , leading to the creation of the .In 1941, Antoine Pinay was appointed to the "Conseil National" of the Vichy Regime. He was also awarded the Francisque. [ [http://www.humanite.fr/1994-12-14_Articles_-Antoine-Pinay-ou-l-empreinte-d-un-mythe Antoine Pinay, ou l’empreinte d’un mythe] L'Humanité, 14 December 1994] During the Occupation, Antoine Pinay remained mayor of , although he had been urged by General Georges to move to , in order to better protect the residents of this city.

In he was first placed on house arrest, and stripped of his right to be candidate to an election on 5 September 1945. After the intervention of , the vice-president of the , who pointed his fierce opposition to the German occupation, his citizen rights were restored on 5 October 1945. On 2 June 1946 he could successfully ran for election to the Assemblée Constituante as a moderate candidate. [ [http://www.assemblee-nationale.fr/histoire/biographies/IVRepublique/pinay-antoine-30121891.asp Biography on the Assemblée Nationale Web site] (Covers only Pinay's carrier from 1936 to 1958)]

He helped create a conservative party, the (CNIP). He acquired the reputation as one of 's more spirited politicians and in 1952 became Prime Minister in 1952 by virtue of being the most popular elected CNIP official. His ministry was seen as the return of the "classical right", discredited since the . He stabilized the finances of the French nation and the French currency.