New York Times Co. v. United States, 403 U.S. 713 (1971), was a United States Supreme Court per curiam decision. The ruling made it possible for the New York Times and Washington Post newspapers to publish the then-classified Pentagon Papers without risk of government censure.

President Richard Nixon had claimed executive authority to force the Times to suspend publication of classified information in its possession. The question before the court was whether the constitutional freedom of the press, guaranteed by the First Amendment, was subordinate to a claimed need of the executive branch of government to maintain the secrecy of information. The Supreme Court ruled that the First Amendment did protect the right of the New York Times' to print the materials.

Section 793 of the Espionage Act

Section 793 of the Espionage Act was cited by Attorney General John N. Mitchell as cause for the United States to sue to bar further publication of stories based upon the Pentagon Papers. The statute was spread over three pages of the United States Code Annotated and the only part that appeared to apply to the Times was 793(e), which made it criminal for:

Whoever having unauthorized possession of, access to, or control over any document, writing, code book, signal book, sketch, photograph, photographic negative, blueprint, plan, map, model, instrument, appliance, or note relating to the national defense, or information relating to the national defense which information the possessor has reason to believe could be used to the injury of the United States or to the advantage of any foreign nation, willfully communicates, delivers, transmits or causes to be communicated, delivered, or transmitted, or attempts to communicate, deliver, transmit or cause to be communicated, delivered, or transmitted the same to any person not entitled to receive it, or willfully retains the same and fails to deliver it to the officer or employee of the United States entitled to receive it.[1]

Based on this language, Alexander Bickel and Floyd Abrams felt there were three preliminary arguments to raise. First, the wording of the statute was very broad. Was each article about foreign policy one "relating to the national defense"? What was the significance of "reason to believe" that the Pentagon Papers "could be used to the injury of the United States or the advantage of any foreign nation"? If the motivation was to educate the public, was that a defense that served to help, not hinder, the country? Would the public be "a person not entitled to receive" the information? Of equal import was what the statute did not say: No references to "publication" (as Attorney General Mitchell's cease-and-desist order referenced), no reference to classified information, and no support for Mitchell's reliance on the top secret classification to justify restraint on publication. Additionally, there was no statutory language providing authority for prior restraint on publication at all.

Second, was the relevance of Mitchell's reliance on a criminal statute in a civil proceeding seeking prior restraint. There was Supreme Court precedent that lent support to the idea that bans on the publication of information by the press to be unconstitutional. In 1907 Oliver Wendell Holmes wrote the "main purpose" of the First Amendment" was "to prevent all such previous restraints upon publications as had been practiced by other governments." In 1931 the Court wrote that only the narrowest circumstances—such as publication of the dates of departure of ships during wartime—were permissible. In 1969 John Marshall Harlan II wrote the Supreme Court "rejected all manner of prior restraint on publication." This second line of reasoning made it seem the statute should only be dealt with in passing, making the case a First Amendment one and the relief the government wanted—a bar on publication—unavailable.

The third possible approach was a very broad view of the First Amendment, one not focused on the impact of a government victory on the life of a democratic society if prior restraint were granted; but that the publication of just these sorts of materials—governmental misjudgments and misconducts of high import—is exactly why the First Amendment exists.

Bickel argued that the separation of powers barred the court from issuing the restraining order, since there was no statute authorizing such relief. He further argued that there was no exception to the general unavailability of prior restraint that applied in this case. Gurfein called all counsel to his chambers and asked Bickel and Abrams to have the Times cease publication of the Papers until he could review them. Bickel responded that Gurfein would be the first judge in American history to enter a prior restraint enjoining publication of news if he granted the government's request. The Times refused to cease publication. Gurfein granted the request and set a hearing for June 18.

The New York Times agreed to abide by the restraining order.

By 1971, the US had been overtly at war with North Vietnam for six years. At this point, 59,000 American soldiers had died and the administration was facing widespread dissent from large portions of the American public. In 1967 Secretary of Defense Robert S. McNamara commissioned a “massive top-secret history of the United States role in Indochina”. The resulting 2.5 million word classified work was obtained by the New York Times within three years, which immediately began publishing articles outlining the findings.

The first article appeared in the Times' Sunday edition, June 13, 1971. By the following Tuesday, the Times received an order to cease further publication from a District Court judge, at the request of the Administration. The Government claimed it would cause "irreparable injury to the defense interests of the United States" and wanted to "enjoin the New York Times and the Washington Post from publishing the contents of a classified study entitled History of U.S. Decision-Making Process on the Vietnam Policy.” Seen from a constitutional perspective, the Government was expressing its intent to enforce prior restraint upon a newspaper with regards to publishing the findings of a study that the Government itself had made.

On the 19th, the District Court rejected the administration’s request for an injunction. After several battles within numerous courts with no clear victory for any party, both the Times and the Government appealed to the Supreme Court. 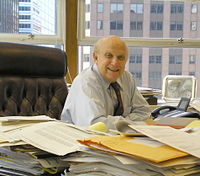 Along with the issue of how the Times obtained the documents (which was being investigated by a federal grand jury elsewhere) the real issue for the Court was whether there was a sufficient justification for prior restraint, which would be a suspension of the newspapers’ First Amendment rights to freedom of the press. The First Amendment states that no federal law can be made abridging the freedom of the press, but a few landmark cases in the 20th century had established precedents creating exceptions to that rule.

The most recent incarnation of the exception was the grave and probable danger rule, established in Dennis v. United States, 341 U.S. 494 (1951). During this case, the wording was changed to the grave and irreparable danger standard. The idea behind the numerous versions of the rule is that if a certain message will likely cause a “grave and irreparable” danger to the American public when expressed, then the message’s prior restraint could be considered an acceptable infringement of civil liberties. The Supreme Court was therefore charged with determining if the Government had sufficiently met the “burden of showing justification for the imposition of such a restraint” .

The Supreme Court heard arguments from the Executive Branch, the Times, the Post, and the Justice Department on June 25 and 26 1971. On June 30, with six Justices concurring and three dissenting, the Supreme Court upheld the right of the two newspapers to publish the material.

In its decision, the court first established the legal question with the use of precedents. It first stated that “Any system of prior restraints of expression comes to this Court bearing a heavy presumption against its constitutional validity”. The purpose of this statement was to make the presence of the inherent conflict between the Government’s efforts and the First Amendment clear. The decision then stated that the Government “thus carries a heavy burden of showing justification for the imposition of such a restraint”. This reinforced the idea that it was the Nixon Administration's responsibility to show sufficient evidence that the newspapers’ actions would cause a “grave and irreparable” danger.

In a 6-3 decision, the Supreme Court agreed with the two lower courts which had originally decided that the government had not met its "heavy burden" of showing a justification for a prior restraint. The Court issued a very brief per curiam opinion, stating only that the Court concurred with the decisions of the two lower courts to reject the Government’s request for an injunction.[3]

The Justices' opinions included different degrees of support for the clear superiority of the First Amendment and no Justice fully supported the government’s case. Because of these factors, no clear and exclusive verdict appears to have come out of this case. Nevertheless, the significance of the case and the wording of the Justices’ opinions have added important statements to the history of precedents for exceptions to the First Amendment, which have been cited in numerous Supreme Court cases since.

Justice Hugo Black wrote an opinion that elaborated on his view of the absolute superiority of the First Amendment. He was against any interference with freedom of expression and largely found the content and source of the documents to be immaterial.[4] Justice William O. Douglas largely concurred with Black, arguing that the need for a free press as a check on government prevents any governmental restraint on the press.[5]

Justice William J. Brennan, Jr. wrote separately to explain that the publication of the documents did not qualify as one of the three exceptions to the freedom of expression established in Near v. Minnesota (1931).[6]

Justice Potter Stewart and Justice Byron R. White agreed that it is the responsibility of the Executive to ensure national security through the protection of its information. However, in areas of national defense and international affairs, the President of United States possesses great constitutional independence that is virtually unchecked by the Legislative and Judicial branch. "In absence of governmental checks and balances", per Justice Stewart, "the only effective restraint upon executive policy and power in [these two areas] may lie in an enlightened citizenry - in an informed and critical public opinion which alone can here protect the values of democratic government."[7]

Justice Thurgood Marshall argued that the term "national security" was too broad to legitimize prior restraint, and also argued that it is not the Court’s job to create laws where the Congress had not spoken.[8]

Chief Justice Warren E. Burger, dissenting, argued that "the imperative of a free and unfettered press comes into collision with another imperative, the effective functioning of a complex modern government", that there should be a detailed study on the effects of these actions. He argued that in the haste of the proceedings, and given the size of the documents, the Court was unable to gather enough information to make a decision. He also argued that the Times should have discussed the possible societal repercussions with the Government prior to publication of the material. The Chief Justice did not argue that the Government had met the aforementioned standard, but rather that the decision should not have been made so hastily.[9]

Justice John M. Harlan and Justice Harry A. Blackmun joined the Chief Justice in arguing the faults in the proceedings, and the lack of attention towards national security and the rights of the Executive.[10]