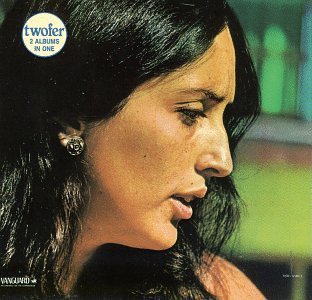 "The First 10 Years" is a 1970 compilation album, which rounds up highlights of her first decade with the Vanguard label. The album was her first "official" compilation, and includes material ranging from her early 1960s traditional folk, through her and covers, to her later experiments with classical orchestraton and . Originally released on vinyl as a two-record set, the 1987 CD reissue omitted five songs.

The cover photo was taken by famed rock photographer Jim Marshall. Inside the original album on the original vinyl release was a photo montage of images from Baez' career.

The CD reissue did not include the following tracks: "Silver Dagger", "Will The Circle Be Unbroken", "Carry It On", "Green, Green Grass Of Home", and "London/Old Welsh Song".