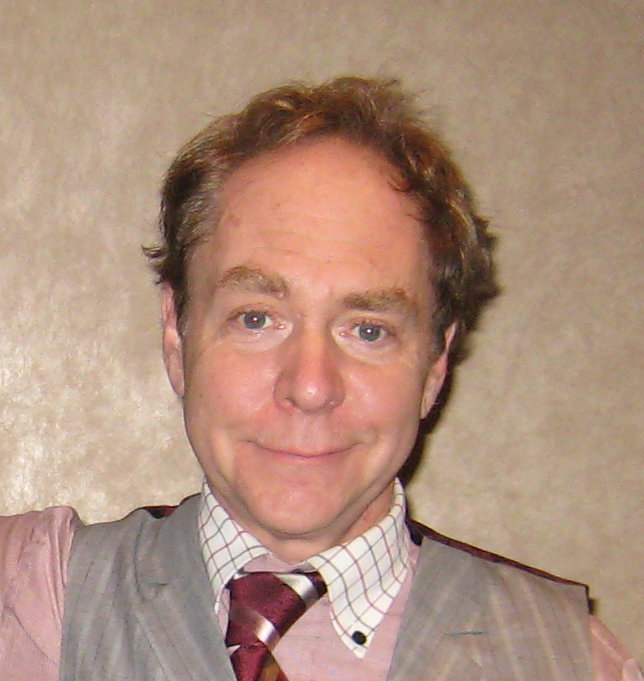 Teller (born Raymond Joseph Teller , ) is an American illusionist, and best known as the silent half of the magic duo known as , along with . He legally changed his name to "Teller" and possesses one of the few United States passports issued in a single name. [ [http://web.archive.org/web/20080202163956/http://www.pennandteller.com/sincity/penn-n-teller/faq.html Penn & Teller FAQ (Internet Archive)] ]

Teller was born in Philadelphia, . His parents were of and Cuban descent. However, as Penn Jillette revealed in the "Bullshit!" episode dealing with reparations, he learned of his Jewish ancestry within only the last decade. [cite episode | title = Reparations | episodelink = List of Bullshit! episodes | series = Penn & Teller: Bullshit! | serieslink = Penn & Teller: Bullshit! | network = | airdate = 2006-05-15 | season = 4 | number = 7 ] He attended Central High School and and taught English and at Lawrence High School in [ [http://www.nndb.com/people/716/000024644/ Teller ] ] . He was selected to be a member of the Central High School Hall of Fame in 2001.

Teller is an accomplished artist and is considered an expert on the history of magic. He is also a talented painter. He is an , , , and Fellow of the (a think-tank organization which also lists his partner as a Fellow). The Cato Institute association is featured prominently in the Penn and Teller TV series ""

He collaborated with Jillette on three magic books, and he is also the author of "When I'm Dead All This Will Be Yours!": Joe Teller - A Portrait by His Kid" (2000), a biography/memoir of his father. The book features his father's paintings and cartoons which were strongly influenced by 's "". The book was favorably reviewed by ""::When Teller, the quiet half of the Penn and Teller showbiz team, made one of his monthly Philadelphia visits to see his parents, Joe and Irene ("Pad" and "Mam"), he was shown 100 unpublished cartoons his father drew in 1939. These "wryly observed scenes of Philadelphia street life," as Teller describes them, are in a loose, sketchy style imitative of the great George Lichty (1905-1983), famed for his long-run syndicated "Grin and Bear It." Teller and his father's "memories began to pump and the stories flowed" after they opened boxes of old letters that Teller read out loud (learning for the first time about a period in his parents' lives that he knew nothing about, such as the fact that his father's name is really Israel Max Teller). Joe's Depression-era hobo adventures led to travels throughout the U.S., and , and by 1933, he returned to Philadelphia for art study. After Joe and Irene met during evening art classes, they married, and Joe worked half-days as a "Philadelphia Inquirer" copy boy. When the "Inquirer" rejected his cartoons, he moved into advertising art just as began. Employing excerpts from letters and postcards, Teller successfully re-creates the world of his parents in a relaxed writing style of light humor and easy (yet highly effective) transitions between the past and present.

Teller does not speak while performing although there are occasional exceptions, usually when the audience is not aware of it. For example, he did the voice of "Mofo the psychic gorilla" in their early Broadway show with the help of a radio mike cupped in his hand. Teller's trademark silence originated during his youth, when he earned a living performing magic at college fraternity parties. [cite web |url=http://www.delawareonline.com/apps/pbcs.dll/article?AID=/20070425/ENTERTAINMENT/70425059 |title='Silent' Teller to magically make 'Macbeth’ a 'horror thriller’ |accessdate=2007-05-21 |author=Lynn Elber|date=2007-04-25] He found that if he maintained silence throughout his act, spectators refrained from throwing beer and heckling him and focused more on his performance.

Teller began performing with friend as "The Ottmar Scheckt Society for the Preservation of Weird and Disgusting Music". Teller met in 1975, where they joined a three-person act called "Asparagus Valley Cultural Society", which played in San Francisco. In 1981 they began performing exclusively together as "Penn & Teller", an act that continues to this day.

Teller is a coauthor of the Nature Reviews Neuroscience paper "Attention and awareness in stage magic: turning tricks into research" from the July 2008 issue.

Despite his trademark of pantomime on stage, Teller has spoken in a number of films and television shows, as well as in numerous radio, television interviews, and whispered to audience members during the show in Las Vegas.
*Teller plays an cat, Mr. Boots, on an episode of "". [ [http://pennandteller.com/sincity/teller/articles/mrboots.html The Mysterious Mr. Boots ] ] He also plays Mortimer in the 2000 film adaptation of the musical "The Fantasticks" (nearly all his dialogue was cut from the finished film since the character is a mute). He also speaks in a guest starring role on the "Like a Hurricane" episode of "" in 1987.
*In the 1987 movie "Long Gone", Teller played the son of (whom he strongly resembles) and deliberately imitated the strong Southern accent Gibson used in the film. Gibson and Teller are both originally from Philadelphia.
* Teller also speaks several lines at the end of "", after playing his usual silent role for nearly the entire movie. Only the last of these lines was spoken in his normal voice. He also appears (and speaks) in "Mysteries of Magic, Volume 3", and speaks occasionally in the travelogue series "Penn & Teller's Magic and Mystery Tour", but tends to let Penn speak on his behalf. In one exception, Teller describes an encounter with an Egyptian magician and how he was fooled by the trick.
* During Penn & Teller's 1991 "", Penn quips on stage, "Teller never talks", to which Teller comments in a normal speaking voice, "That's right, Penn."
* During an episode of "The Unpleasant World of Penn and Teller", Teller screams and says "Oh God" while pretending to cut off his thumb. In the final episode Teller speaks while posing as a dummy of himself.
* After performing their live show at the Rio Hotel in Las Vegas, both Penn and Teller meet their audience in the foyer and both share conversation with fans
* Penn & Teller guest-starred on "" in the episode "Day of the Dead". They played , a pair of visiting comedians, the shorter of whom speaks only through a machine. Teller's character is shown to whisper in Sheridan's ear during the denouement, saying "Because it tells me to".
* Teller speaks extensively in the special "Houdini: Unlocking the Mystery", though he is shot with a to hide his face in . He also speaks off-camera in the Showtime television series "" (usually in the form of profanity).
* On a celebrity episode of "", Teller briefly breaks his silence by quietly exclaiming "Yes!" During "off the deep end," Teller screams whilst going down a water slide.
* When Penn & Teller were interviewed on "", one of 's 5 Questions was "Teller! Say something!" In response, Teller covered his mouth, uttering "Fuck you, Craig", thus compelling the censors to bleep it or render it silent. A similar incident occurred on "".
* After most of their performances (including at their current showplace, the in ) the duo mingles with the crowd in the lobby for photos and autographs. Teller speaks to all comers, which was not always the case. [ [http://www.npr.org/templates/story/story.php?storyId=1114511 NPR: Magician and trickster Teller of Penn and Teller ] ]
* Teller also contributed an audio review of the book "The Glorious Deception", by illusion designer , on in July . [ [http://www.npr.org/templates/story/story.php?storyId=4750603 NPR: 'Glorious Deception' in Magic ] ]
* The , episode of "" has a six-minute interview with Teller. [ [http://www.theskepticsguide.org/skepticsguide/podcastinfo.asp?pid=80 The Skeptics Guide - Skepticast #80: 1/31/2007 ] ]
* In the special "Penn and Teller's Invisible Thread", a scuffle with some military officers in an airport hangar after a conversation with an alien prompts Teller to shout his partner's name into a megaphone.
* In an appearance on "Late Night", Teller (portraying a dummy version of himself) speaks to David Letterman as a demonstration of how the dummy can talk, and later screams in pain.
* In an episode of "" entitled "Nukes, Hybrids, and ", Teller burns himself with a match and mutters a swear under his breath.
* In the beginning of another episode of "" entitled "", Penn stands in the foreground with Teller, heating up a cattle branding iron with the word "Bullshit!" on it while a live bull (whom Penn has named "Dave") stands in the background. Penn brands Teller with the iron, to which Teller exclaims "Mother Fucker! Ohh!" Penn laughs and says to the bull, "Hey cool, Dave, he "can" talk!".
* In the , episode of the New York Times' "Science Times" podcast, Teller is interviewed. [http://podcasts.nytimes.com/podcasts/2007/08/20/21scienceupdate.mp3] .
* In the , show "" Teller spoke at length about his stageplay version of [ [http://www.npr.org/templates/story/story.php?storyId=17587250 NPR: New Production Brings Magic to 'Macbeth' ] ] .
* Teller did the voice of the character Octum in the English language version of the animated movie "Light Years" (1988).
* Penn and Teller have a cameo as themselves on an episode of "", where he accidentally breaks character and verbally berates Homer, who expresses surprise in his ability to speak. Teller then expresses great anxiety, saying "Oh no, now Penn's gonna beat me!"
*"& Teller", a short film about Teller dealing with a zombie apocalypse won a contest and was included on the DVD of George A. Romero's .