Harald Cramér (September 25, 1893 – October 5, 1985) was a Swedish mathematician, actuary, and statistician, specializing in mathematical statistics and probabilistic number theory. He was once described by John Kingman as "one of the giants of statistical theory".[1]

Harald Cramér was born in Stockholm, Sweden on September 25, 1893. Cramér remained close to Stockholm for most of his life. He entered the University of Stockholm as an undergraduate in 1912, where he studied mathematics and chemistry. During this period, he was a research assistant under the famous chemist, Hans von Euler-Chelpin, with whom he published his first 5 articles from 1913–1914.[2] Following his lab experience, he began to focus solely on mathematics. He eventually began his work on his doctoral studies in mathematics which were supervised by the famous Hungarian mathematician, Marcel Riesz, at the University of Stockholm. Also influenced by G.H. Hardy, Cramér's research led to a PhD in 1917 for his thesis "On a class of Dirichlet series".

Following his PhD, he served as an Assistant Professor of Mathematics at Stockholm University from 1917 to 1929. Early on, Cramér was highly involved in analytic number theory. He also made some important statistical contributions to the distribution of primes and twin primes. His most famous paper on this subject is entitled "On the order of magnitude of the difference between prime numbers", which provided a rigorous account of the constructive role in which probability applied to number theory.[3]

In the late 1920s, Cramér became interested in the field of probability, which at the time was not an accepted branch of mathematics. Cramér knew that a radical change was needed in this field, and in a paper in 1926 said, "The probability concept should be introduced by a purely mathematical definition, from which its fundamental properties and the classical theorems are deduced by purely mathematical operations."[4] Cramér took an interest in the rigorous mathematical formulation of probability in the work of French and Russian mathematicians such as Kolmogorov, Lévy, Bernstein, and Khinchin in the early 1930s. Cramér also made significant development to the revolution in probability theory.[4] Cramér later wrote his careful study of the field in his Cambridge publication Random variables and probability distributions which appeared in 1937. Shortly after World War II, Cramér would go on to publish the influential Mathematical Methods of Statistics in 1946. This text was one that "showed the way in which statistical practice depended on a body of rigorous mathematical analysis as well as Fisherian intuition."[1]

In 1929, Cramér was appointed to a newly created chair in Stockholm University, becoming the first Swedish professor of Actuarial Mathematics and Mathematical Statistics. Cramér retained this position up until 1958.[5] During his tenure at Stockholm University, Cramér was a PhD advisor for 10 students, most notably Herman Wold and Kai Lai Chung. Starting in 1950, Cramér took on the additional responsibility of becoming the President of Stockholm University. In 1958, he was also appointed to be Chancellor of the entire Swedish university system. Dr. Cramér would eventually retire from the Swedish university system in 1961.

A large portion of Cramér's work concerned the field of actuarial science and insurance mathematics. During the period from 1920 to 1929, he was an actuary for the life insurance company Svenska livförsäkringsbolaget. His actuarial work during this time led him to study probability and statistics which became the main area of his research.[6] In 1927 he published an elementary text in Swedish Probability theory and some of its applications. Following his work for Svenska livförsäkringsbolaget, he went on to work for Återförsäkringsaktiebolaget Sverige, a reinsurance company, up until 1948. He was also known for his pioneering efforts in insurance risk theory. After this period, he remained as a consultant actuary to Sverige from 1949 to 1961. Later in his life, he was elected to be the Honorary President of the Swedish Actuarial Society.[3] 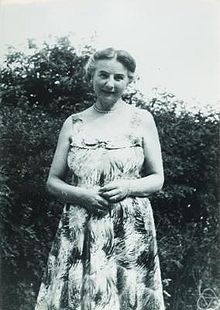 Cramér remained an active contributor to his professional career for an additional 20 years. Following his retirement in 1961, he became extremely active in research, which had been slowed due to his Chancellorship. During the years from 1961 to 1983, Cramér traveled throughout the United States and Europe to continue his research, making significant stops at Berkeley, Princeton, and at the Research Triangle Institute of North Carolina. His academic career spanned over seven decades, from 1913 to 1982.[7]

Harald Cramér married Marta Hansson in 1918, and they remained together up until her death in 1973. He had often referred to her as his "Beloved Marta". Together they had one daughter, Marie-Louise, and two sons, Tomas and Kim.