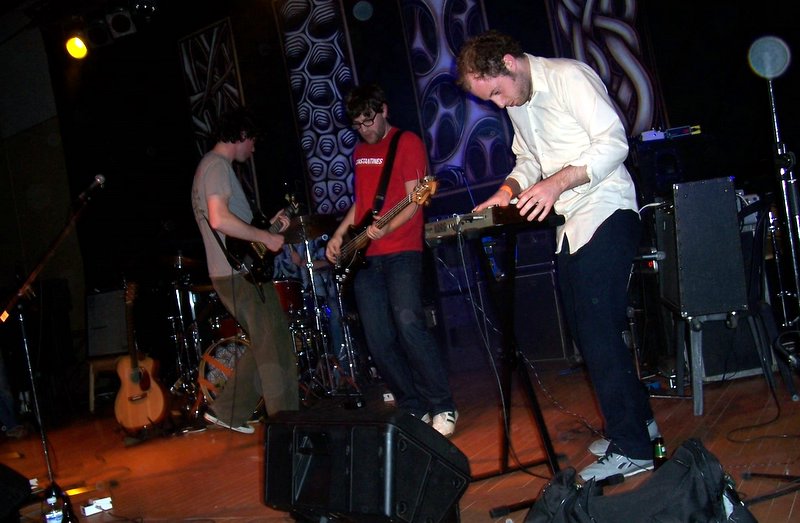 Wintersleep formed in 2002 and released two albums with , a music label and artists' collective that began in in 1994.

In 2006, Wintersleep signed with Labwork Music, a partnership label of and EMI Music Canada, and re-released their first two studio albums to the U.S. and Canadian markets. The re-releases include bonus tracks and videos not featured in the originals. Their debut album was remixed and re-mastered by Laurence Currie for the re-release.

On , , Wintersleep released their third full-length album, "". They won the 2008 for New Group of the Year.

The band's members frequently collaborate outside of Wintersleep. Murphy and D'eon played together in the band Kary, now on indefinite hiatus. Drummer Campbell has also performed with Kary, and is a member of a number of other projects, including , , Hayden, , and . Bigelow plays bass in Contrived with Campbell and Jon Samuel, and also plays in Holy Fuck and the The Holy Shroud. D'eon played guitar for Contrived before Samuel joined the group, appearing on Contrived's first record, "Pursuit of Plots", and the second album, "Dead Air Verbatim".

After a show at the with in , , on th, , the band had their van broken into and most of their gear stolen. All of the band's guitars and most of their drum set were stolen. Nonetheless, the band flew on to where they played the show with gear borrowed from other bands.