The German nobility (German: Adel) was the elite hereditary ruling class or aristocratic class from ca. 500 B.C. to the Holy Roman Empire and what is now Germany.

In Germany, nobility and titles pertaining to it were bestowed on a person by higher sovereigns and then passed down through legitimate children of a nobleman. Alternatively, unlike men, women could legally become members of nobility by marrying a noble, although they could not pass it on. Nobility and titles (except for most reigning titles) were always inherited equally by all legitimate descendants of a nobleman.

The German nobility as a legally defined class was abolished on August 11, 1919 with the Weimar Constitution, under which all Germans were made equal before the law, and the legal rights and privileges due to nobility ceased to exist.

The German nobility continues to play an important role in the various European nations that have not abolished the nobility. Most of the European royal families are descendants of the German nobility. Most famously, the British House of Windsor is itself of German origin, being until 1917 known under its original name Sachsen-Coburg und Gotha. Close family relations also existed with the Prussian Hohenzollern family, of which the last German emperor Wilhelm II was a member, he himself being a grandson of Queen Victoria.

Most, but not all, surnames of the German nobility were preceded by or at least contained the preposition von, meaning of, and sometimes by zu, which is usually translated as of when used alone or as in, at, or to. The two were occasionally combined into von und zu, meaning of and at approximately. In general, the "von" form indicates the place the family originated, while the "zu" form indicates that they are currently in possession of a certain place, therefore ''von und zu" indicates a family still in possession of their original feudal holding or residence. Other forms also exist as combinations with the definitive article: e.g. "von der" or von dem → "vom" ("of the"), zu der → "zur" or zu dem → "zum" ("of the", "in the", "at the"). An example is Count Kasimir von der Recke. 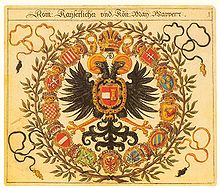 Although nobility as a class of privileged status has been abolished in Germany, nobles were allowed to keep their titles, a provision which is still in place today. Unlike before the Weimar Constitution, however, they have become part of a person's legal surname. Accordingly, the aforementioned Count Kasimir von der Recke would today legally be called Kasimir Count von der Recke.

Like nobles elsewhere, German nobles were acutely aware of and proud of their superior social position, and often had disdain for commoners. As shown in Theodor Fontane's novel Effi Briest, they referred to one another as Geborene, or "those who have been born", while commoners were called Geworfene, corresponding roughly to "whelped", "calved", or "foaled" in English, and properly referring only to non-human birth.

Many different states within Imperial Germany had sometimes very strict laws concerning conduct, lineage, and marriage of nobles. Failure to obey these provisions often resulted in Adelsverlust, or loss of the status of nobility. Until about the early 19th century, for example, it was commonly forbidden for nobles to marry people "of low birth", i.e. commoners. Some states exercised the punishment of Adelsverlust also on nobles sentenced to prison or convicted of serious felonies, on persons engaging in "lowly labor", or for otherwise grave and unbecoming misconduct. This punisment only affected individuals, not a noble family in its entirety.

Although nobility in its legal significance was abolished in 1919, various German organizations perpetuate the noble heritage to this day, and for example decide on matters of lineage as well as chronicling the history of noble families.

These titles were at one time used by various rulers. The titles Archduke, Duke, Prince, Margrave (and all other -graves), Count, Count Palatine and Lord were also used by non-sovereign members of some of these families or by noble non-reigning families.