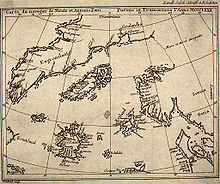 Phantom islands usually stem from the reports of early sailors exploring new realms. Some arose through the mislocation of actual islands, or other errors in geography. For instance, Pepys Island was actually a misidentification of the Falkland Islands. The Baja California peninsula appears on some early maps as an island but was later discovered to be attached to the mainland of North America. Thule was perhaps actually discovered in the 4th century BC but was lost, and then later reidentified by ancient explorers and geographers as Shetland, Iceland, Scandinavia, or even as nonexistent.

Other phantom islands are probably due to navigational errors, the misidentification of icebergs, fog banks, or to optical illusions. New South Greenland, observed in the Weddell Sea in 1823 but never again seen, may have been the result of a superior mirage, though other explanations, including icebergs, misnavigation and even fabrication have been suggested.[1][2]

Some "errors" were later thought to be intentional. Lake Superior's Isles Phelipeaux and Pontchartrain, which appeared on explorers' maps for many years, were named for Louis Phélypeaux, marquis de La Vrilliere, comte de Pontchartrain. Phélypeaux was a government minister influential in allocating funds for additional voyages of exploration.

While many phantom islands appear never to have existed, a few (such as, perhaps, Thompson Island or Bermeja) may have been actual islands subsequently destroyed by volcanic explosions, earthquakes or submarine landslides, or low-lying lands such as sand banks that are no longer above water.