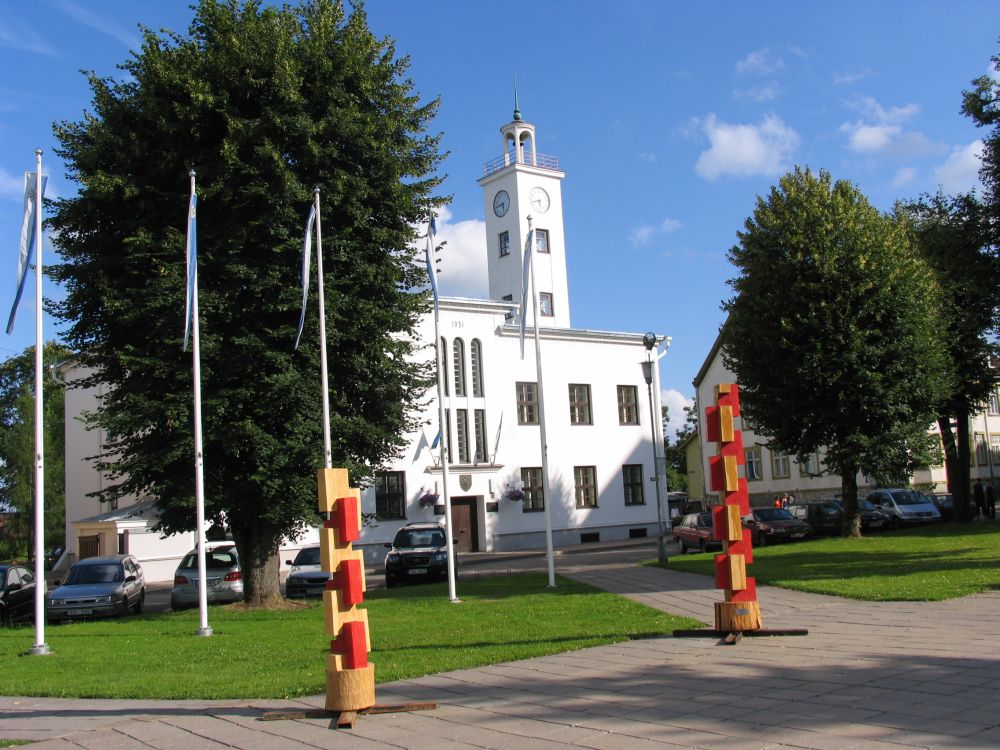 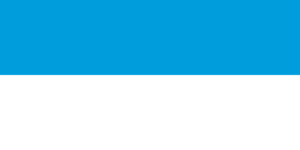 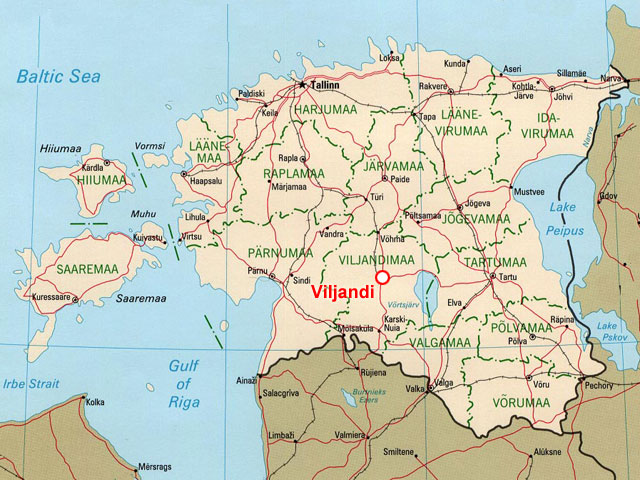 In 1211 the hill-fort of the in Viljandi was besieged by a joint army of Germans, , and . The Livonian captured the hill-fort in August 1223 from a contingent of the people of Rus, who joined forces with the insurgent Estonians. The following year the Grand Master led the construction of the castle at the site of the former hill-fort. The Viljandi (Fellin) castle was one of the largest in the . It was a major fortification of the and was appointed a commander from 1248. The fortress was continually rebuilt and modernized over the next two-hundred years.

In 1283, the town received a charter from Villekinus de Endorpe, the master of the Order. The town became a member of the at the beginning of the 14th century, and today is one of five Estonian towns and cities in the league.In 1470, , then master of the order, took up residence in the castle. In 1481, laid siege to the castle but could not take it. However, during the succeeded in seizing it in 1560. During the at the beginning of the 17th century the castle changed hands several times and fell into ruins. The same goes for the town, which was deprived of its privileges.

After the the Russians revoked local autonomy until 1783, when in the course of the regency reforms of the Empress Catherine the Great Viljandi became a district town. This involved the re-establishment of town bylaws. The economic and political importance of Viljandi started to increase. The population, after decreasing in population and wealth, started to rise again, as handicraft, trading, and cultural life were revived.

The popular Estonian "Sakala" was founded in Viljandi in 1878.

The flag of Viljandi is bi-coloured, its upper part light blue and lower part white. The city’s shield-shaped coat of arms is light blue, with a white rose in the middle. Viljandi is the white rose city – in midsummer there are 720 white roses flowering in front of the city hall, planted for the town’s anniversary in 2003. In summer the White Rose Day is celebrated in Viljandi.

First records of civilization in the surroundings of Viljandi date back to the 5th millennium B.C. The first written record of the earthen stronghold of Viljandi was in the year 1154 in the commentaries to al-Idrisi’s world atlas “Geography”.

In the 12th century a permanent settlement emerged around the stronghold of Viljandi, which also became the economic centre of the ancient Sakala district.

After the fight for freedom in the first quarter of the 13th century Viljandi fell under the rule of the Order of the Brethren of the Sword (later the Livonian Order) and in place of the Sakala wooden stronghold a powerful Order Centre was started in 1224.

In the 13th century a medieval town arose on the northern side of the stronghold. The Hamburg-Riga town bylaws, lands and population of it were first recorded in 1283. During the first half of the 14th century Viljandi joined the influential Hanseatic League - the town had become an important stop for merchants on their way to Russia and back. In 1365 the town council was party when peace between Denmark and Hansa was concluded.

In the Middle Ages Viljandi was a typical small commercial town, which got its main income from transit trade. The local trade and handicraft played an equally important role. The decline of Viljandi started during the Livonian War. In 1560 the forces of Prince Kurbski demolished the town and the stronghold.

After the Great Northern War the Russians seized the power and Viljandi was without laws until the year 1783, when in the course of the regency reforms of Catherine II Viljandi became a district town. This involved the re-establishment of town bylaws. The economic and political importance of Viljandi started to increase. The population, meanwhile having decreased to the minimum, started to rise again, handicraft, trading and cultural life were enlivened.

Viljandi is one of the Estonian 5 Hanseatic towns.
is an historical mercantile union of North-European towns. Many of them are still cooperating.Every year the Hanseatic Days are taking place in different towns in Europe.

The Viljandi Hanseatic Days are traditionally held in June every year. The program covers dif­ferent activities and events that offer something interesting both to grown-ups and children. A medieval atmosphere is created by the Hanseatic fair, where people can buy and sell traditional goods. Craftsmen offer linen towels, chip baskets, woolen socks and gloves, honey, sea buckthorn jam and many other products. Fortune tellers, fire breathers and witch doctors are also present at the fair. As befits a medieval party, the Viljandi Hanseatic Days also offer brilliant concerts and live performances from local and foreign performers. Folk and court musicians also fill the air with their sounds. Different workshops are opened for those who wish to experience and learn something new. Everyone who is interested can update their knowledge about clay plaster, window repairs or even paint boiling. All kinds of interesting events can be enjoyed in the museum yard, the town hall park, the town centre and the ruins of the order castle. Medieval sports games take place by the lake. Viljandi Hanseatic Days are held every year and the European Hanseatic Days will be I held here in 2015.

The city is situated on the north-western coast of Lake Viljandi, which lies in the primeval valley. Green zones cover 27% of the city area. Public green areas cover about 418 ha, including 92 ha of parks. The largest is the nature-protected Castle Park, but also Valuoja Park, Kiigepark, Uueveski Park are worth mentioning. The main tree species are oaks, lime trees, birches, pines etc. The grandest tree-lined avenues are Maramaa (named after , twice mayor of Viljandi) and Lembitu avenues. Among foreign species the American larch can be found in Köler avenue and the Douglas fir in Uus street.

Viljandi is sometimes called the cultural capital of Estonia, partly due to the Culture Academy, which is located here.

In Viljandi several international festivals and other cultural events take place. The Early Music Festival, Hansa Days, Young Dance Festival, Winter Folk Dance Festival, the “Theatre in Suitcase” puppet theatre festival – these are just a few of the events organised in the city.

Since 1920 Viljandi has had the Ugala drama theatre. The tradition of open-air performances dates to the same year. Also the Viljandi Puppet Theatre works here.

In 2002 a new library was built, which is no longer barely a place for storing and lending books, but also a venue for exhibitions, meetings with famous people, culture seminars etc. There are several exhibition halls and galleries in Viljandi. The favourite meeting place for artistic people is the Kondas Centre, dedicated to one of the best-known Estonian naïve artist Paul Kondas.

Viljandi is famous for Viljandi Folk Music Festival. The Viljandi Folk Music Festival is a music festival in Estonia with a central focus on European folk music. It is traditionally held in late July, when the otherwise quiet city of Viljandi is completely transformed as the small city center is suddenly flooded with people. The main attraction of the festival is the friendly atmosphere. In the year 2006, over 24,000 people attended the concerts, but many more just came to take part in the festivities. As such, it is the largest annual music festival in Estonia, and one of the largest folk music festivals in Europe.

Viljandi is Estonian capital of Folkmusic. One of the most wonderful and challenging public tasks in Viljandi is the restoration of the former Viljandi manor house on Kirsimägi in the Castle ruins into the Estonian Traditional Music Center or Traditional Music Storehouse. This is a cultural event, protection of heritage and also an expression of good will and charity work. The mission of the Center is to promote and teach traditional music, to give people back their “musical mother tongue” as Hungarian composer Zoltàn Kodaj has said. And to entertain and make traditional music an active part of our everyday life by carefully selected programmes.

There are 871 businesses in Viljandi (1 May 2005), incl. 50% in service, 45% in trade and 5% in production. The major industries represented here are the construction materials industry, textile industry, food and bakery industry. In 2005 the Investor of the Year was the waterworks operator AS Viljandi Veevärk, the Employer is AS Toom Tekstiil, the Sponsor of the Year is AS Viljandi Metall. Unemployment rate among the working-age population in Viljandi is about 3%.

In 2005 Estonian Match, the successor of the 100-year old Viljandi Match Factory, made a six-metre match, which was registered as the largest match in the world in the Guinness Book of Records.

At the moment 2 modes of transport can be used – road transport and rail transport.

There are 7 schools and 7 kindergartens in Viljandi. Vocational education can be acquired at Viljandi Joint Vocational Secondary School and professional higher education at Viljandi Culture Academy. Special interests are catered for by the Music School, Sports School and the Youth Hobby Centre. The Youth Centre of Viljandi County is successful in offering various information and consulting services.

There are sports events in Viljandi for both top athletes and amateurs. Family sports events, Sunday skiing trips, cycling tours in spring and autumn are very popular. In the city there are 53 different sports clubs, a large sports hall and the new sports hall of Maagümnaasium. Soon the jogging and cycling track around Lake Viljandi is completed. A new skateboarding and roller-skating area has been built in Männimäe. At the lakeside there are tennis courts and the city stadium.

There are several races held in Viljandi – around Lake Viljandi and Lake Paala, up and down the Trepimägi stairs. The longest tradition – the Race around Lake Viljandi was already started in 1928. This race takes place annually on 1 May, the number of participants was about 1300 in the last years. The winners’ names are cut into stone columns. The legendary Hubert Pärnakivi, whose monument is also a tribute to the race, was an 11-time winner of the race.

Other popular fields of sport in Viljandi include football, volleyball, basketball, wrestling, archery and rowing.

Often the popular song is sung about the Boatman of Viljandi or the legend of him is told. Long-long ago, as a young man he had once taken a young girl across the lake on a summer evening and fallen hopelessly in love with the girl’s blue eyes. Nobody knows what happened on the lake, but on the other side, the girl just waved him good-bye and left... However, the Boatman, a grey old man now, is said to row on the lake to this day, longing to see those wonderful blue eyes again…

According to another story, it was a boatman from Gauja who had dedicated a song to his loved one. As the young woman had moved near Viljandi, the song had changed, too.