The "Effie M. Morrissey" (later "Ernestina") was a skippered by that made many scientific expeditions to the , sponsored by American museums, the and the . It also helped survey the for the United States Government during . It is currently designated by the as a as part of the .

Designed by George McClain of to withstand gales, the "Effie M. Morrissey" was the last fishing schooner built for the Wonson Fish Company. Built with and at the John F. James & Washington Tarr shipyard, length at convert|112|ft|m|0|abbr=on, 13 ft draft and convert|8500|sqft|m2|-1 of sail, she took four months to build and was launched , . Her hull was painted black and her first skipper was William Edward Morrissey, who named her after his daughter Effie Maude Morrissey.

Effie M. Morrissey fished out of Gloucester for eleven years. Considered a high liner, on her first voyage she brought in over 200,000 lbs. of fish, enough to pay for her construction. One of the more notable skippers of the "Effie M. Morrissey" was Clayton Morrissey who went on to skipper the racing schooner Henry Ford. A statue to Clayton Morrissey by sculptor Leonard Craske entitled the monumental fisherman statue can be seen on Gloucester's Western Avenue.

In 1905 under a new owner, Captain Ansel Snow, the schooner "Effie M. Morrissey" began fishing out of Digby, . In 1912, the Montreal journalist and photographer sailed on the vessel as a member of Snow's crew. [Photographs and documentation of this voyage are contained in M. Brook Taylor, "A Camera on the Banks" (2006) Wallace's July 1921 article for "National Geographic", "Life on the Grand Banks" also contains photographs of the vessel, though it was not named.] His epic poem about his time aboard the "Effie M. Morrissey", "The Log of the Record Run," was widely read and adopted by east coast fishermen with such authentic results that it was mistaken as a very old traditional song by folklorist . [F. W. Wallace, [http://www.ernestina.org/history/RovingFisherman.html "Roving Fisherman"] ]

Then in 1914, ownership moved to Brigus, Newfoundland where Harold Bartlett used her as a fishing and coasting vessel along the shoreline.

In 1925 Harold Bartlett sold her to his cousin, noted Arctic explorer Capt. Bob Bartlett, who installed an auxiliary engine and reinforced the hull so the vessel could be used in Arctic ice. In 1926 with the financial support of the well known publisher George Palmer Putnam, Bartlett embarked on two decades of Arctic exploration using this vessel.

The following is a listing of the many voyages captained by Robert Bartlett aboard the "Effie M. Morrissey":

When Captain died on , the "Effie M. Morrissey" was sold to the Jackson brothers to carry mail and passengers in an inter-island trade in the South Pacific. On their voyage to the Pacific she developed problems at sea, forcing the crew to return to . On , , the boat caught fire of undetermined origin while docked at the Boat Basin in Flushing, New York. 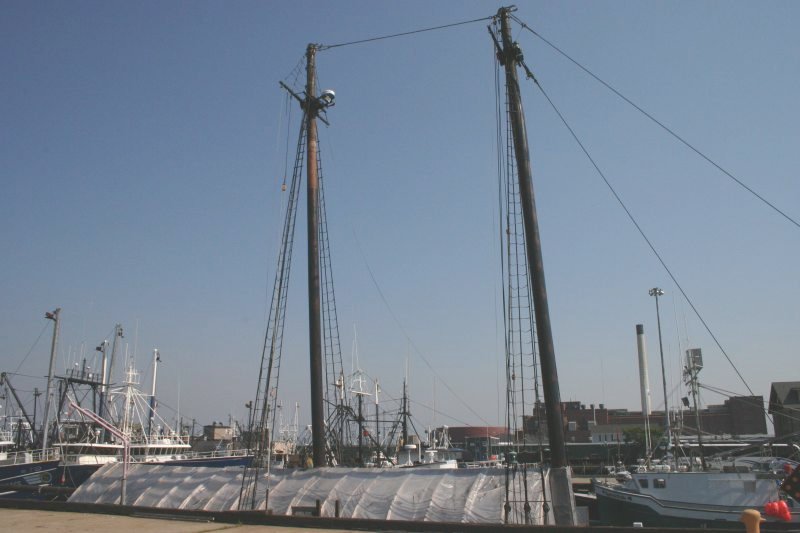 In August 1982 its hull was completely rebuilt and it sailed to the United States with a crew of Cape Verdeans and Americans.

In August 1988 the schooner made a return trip to Brigus, Newfoundland, home of Capt. Bob Bartlett on the 113th anniversary of his birth.

According to the National Park Service at NHL designation: